I live literally at the mouth of American Fork Canyon in Utah. AF Canyon (as the locals call it), is home to some of the sweetest summer singletrack in the state. Miles and miles of singletrack trails meander throughout the entire canyon. It’s a mountain biker’s paradise.

But, come winter, the place is pretty much owned by the snowmobile and local XC and tubing crowd. But, is there enough terrain and enough snow to make it a worthy backcountry skiing destination? I had lived nearby for years and had always passed it by in favor of Big or Little Cottonwood for my backcountry skiing trips. But, after a quick exploratory session, I can definitely say YES, American Fork Canyon is a great place to backcountry ski! 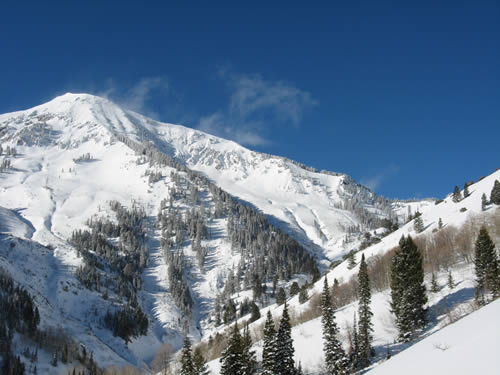 I had looked at tons of maps and looked at the terrain with Google Earth from every vantage point. The northern slopes seemed steep enough and are close enough to the great snowmaker that is Little Cottonwood Canyon that I knew there would be plenty of snow. Arriving at the parking lot in the early morning hours, the only people awake were Boy Scouts just rolling out of their snowcaves to enjoy a Pop Tart breakfast.

The goal was to head to the slopes on the backside of Little Cottonwood Canyon and up the gulley between Box Elder Peak and the southern slopes of Little Cottonwood. I can’t tell for certain the name of the peak on which we were skiing, but it’s a triangular face directly to the south of the Pfieferhorn and Silver Lake. There’s a good 3000 vertical feet of pure love on that no-named slope. If anyone knows the name of the peak, chime in.

Because we were in exploratory mode, we ran out of time before we had a chance to skin up too high. We did get high enough to capture an awesome view of the NE face of Box Elder Peak as well as scope out some future lines, like this one on the west-facing ridge of the bowl around Silver Lake Flats.

More to come in the next few weeks as I head back up American Fork Canyon for more backcountry touring and exploration of this little-skied canyon. Here’s a rough sketch of where we skied and the surrounding terrain, looking NW: 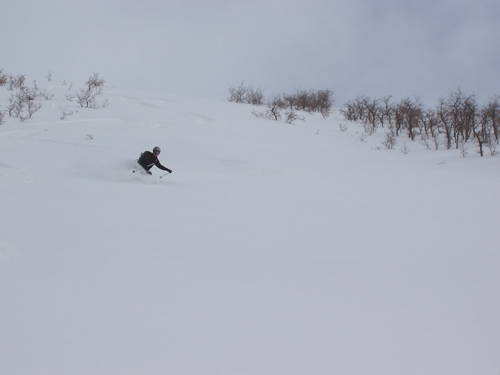 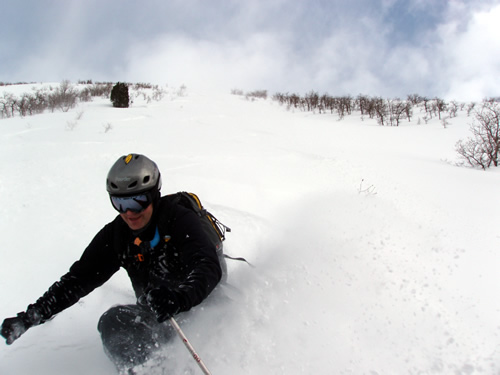 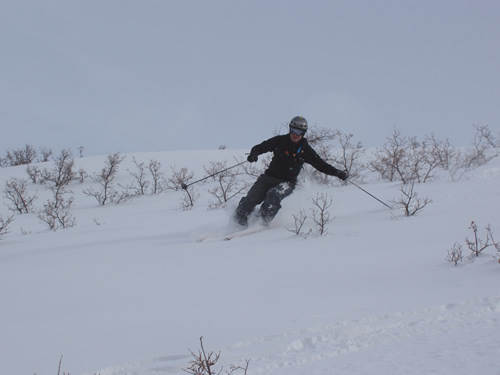