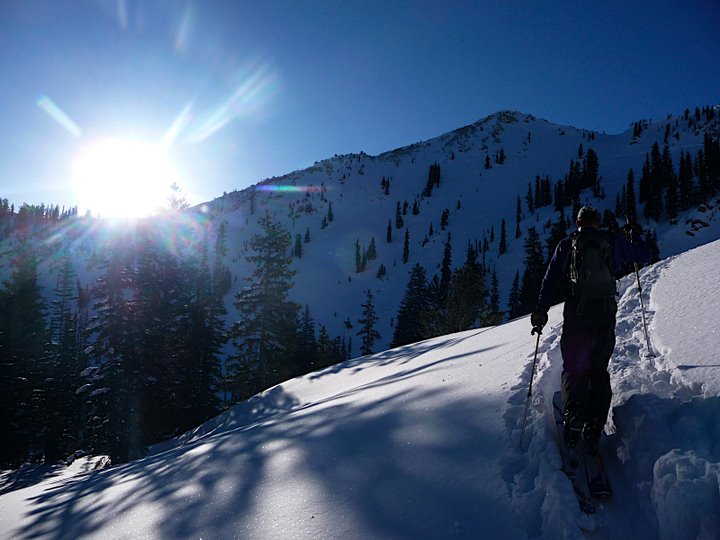 As several powerful storms slammed the Wasatch, I was stuck in downtown Salt Lake City at Omniture Summit 2009 (excellent event by the way). While there, I was keeping tabs on all my buddies who were calling it the “storm of the year”.  The snow machine basically turned off by Thursday and I didn’t get out until early Saturday morning.  The goal was a mini-super tour in Big Cottonwood Canyon, Utah (home to Brighton and Solitude ski resorts) and we had to be home by 12:30 pm.

An early-morning start at the Brighton parking lot was the launching point with the intended route deep in the mind of my buddy, Rich Lambert (he scaled the South ridge of Mt. Superior a few weeks back).  I trusted his instincts and we ended up hitting every shot as intended and making great time in the process.

We skinned up the groomers until we split out onto the well-trod skintrack up towards Catherine’s Pass. The track was efficient and fast, thanks to whoever laid it this time! Previous skintracks haven’t been so efficient. We made it to Lake Catherine just as the sun started peeking above the ridgeline. 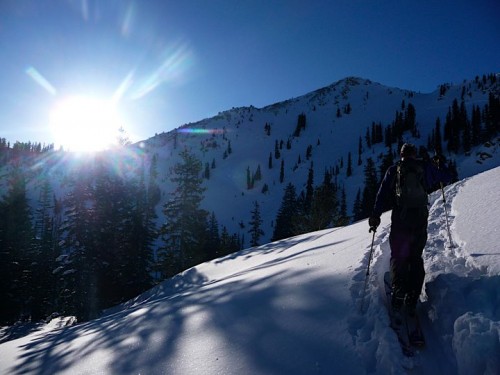 If you’ve never seen a Wasatch sunrise in winter, then it’s about time you did. It is always one of the most amazing experiences as you watch the sun crest over the peaks. 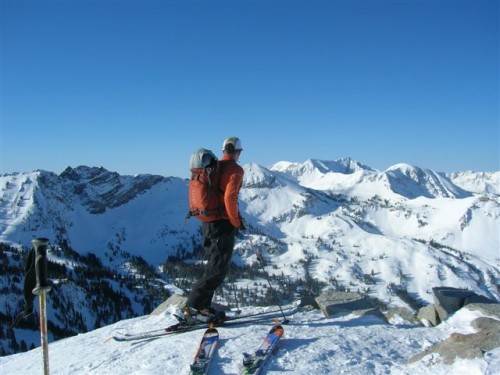 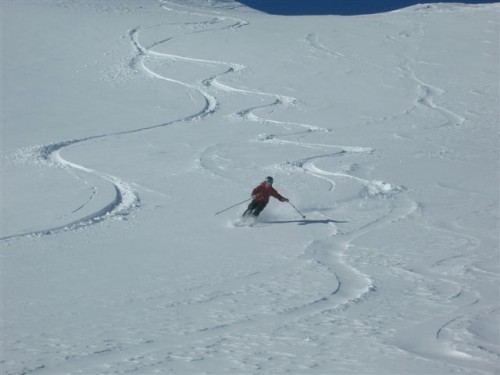 From the top of Catherine’s, we could see the tracked-out runs at Alta Ski Area as we traversed and climbed our way to the top of Mt. Wolverine. Once there, we ripped skins and dropped into the Northeast flank of Mt. Wolverine where we were met with our first turns of the day and an understanding of which aspects to ski. A hefty sun-crust covered anything but the true North-facing aspects–thankfully all turns from that point on would be on shaded North-facing slopes.

These initial turns were good enough to bring on the stoke as we then traversed to the top of Stupid Chute.  Conditions were a little wind-whipped, but chalky at the top. 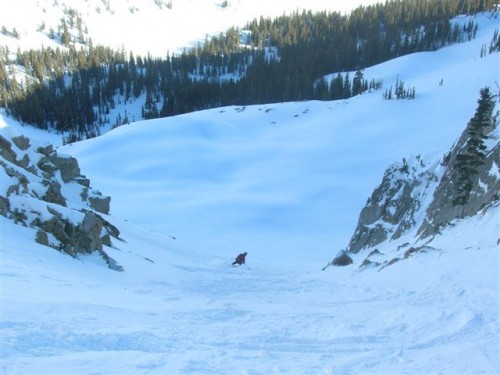 Once beyond the apron at the bottom of Stupid Chute, we were greeted with creamy pow and some surprisingly-light stuff here and there. 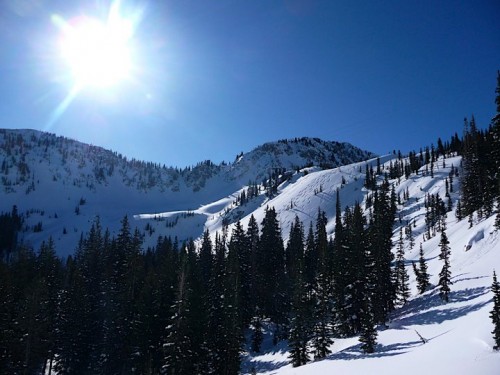 At Twin Lakes, it was time to slap the skins back on and ascend to Twin Lakes Pass and continue up to Honeycomb Cliffs and Fantasy Ridge. From there, the intent was to stick to the North-facing aspects as much as possible. We found the best turning conditions of the day within the widely-spaced pines down into Silver Fork from Fantasy Ridge cliffs. Our tired legs felt rejuvenated as we yelped our way down the 1200 vertical feet of knee-deep blower pow.

All that was left was a long track out Silver Fork and into the base of Solitude where we loaded up for home and 12:00 pm on-the-dot. Not bad for a half-day in the Wasatch. See below for a rough map of the route. 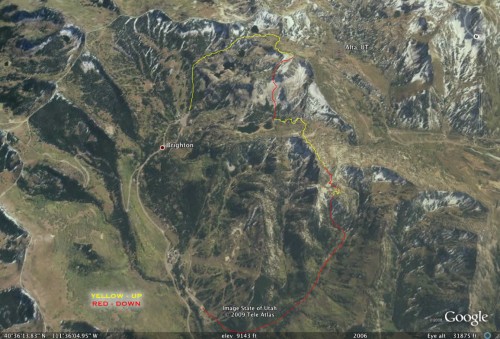