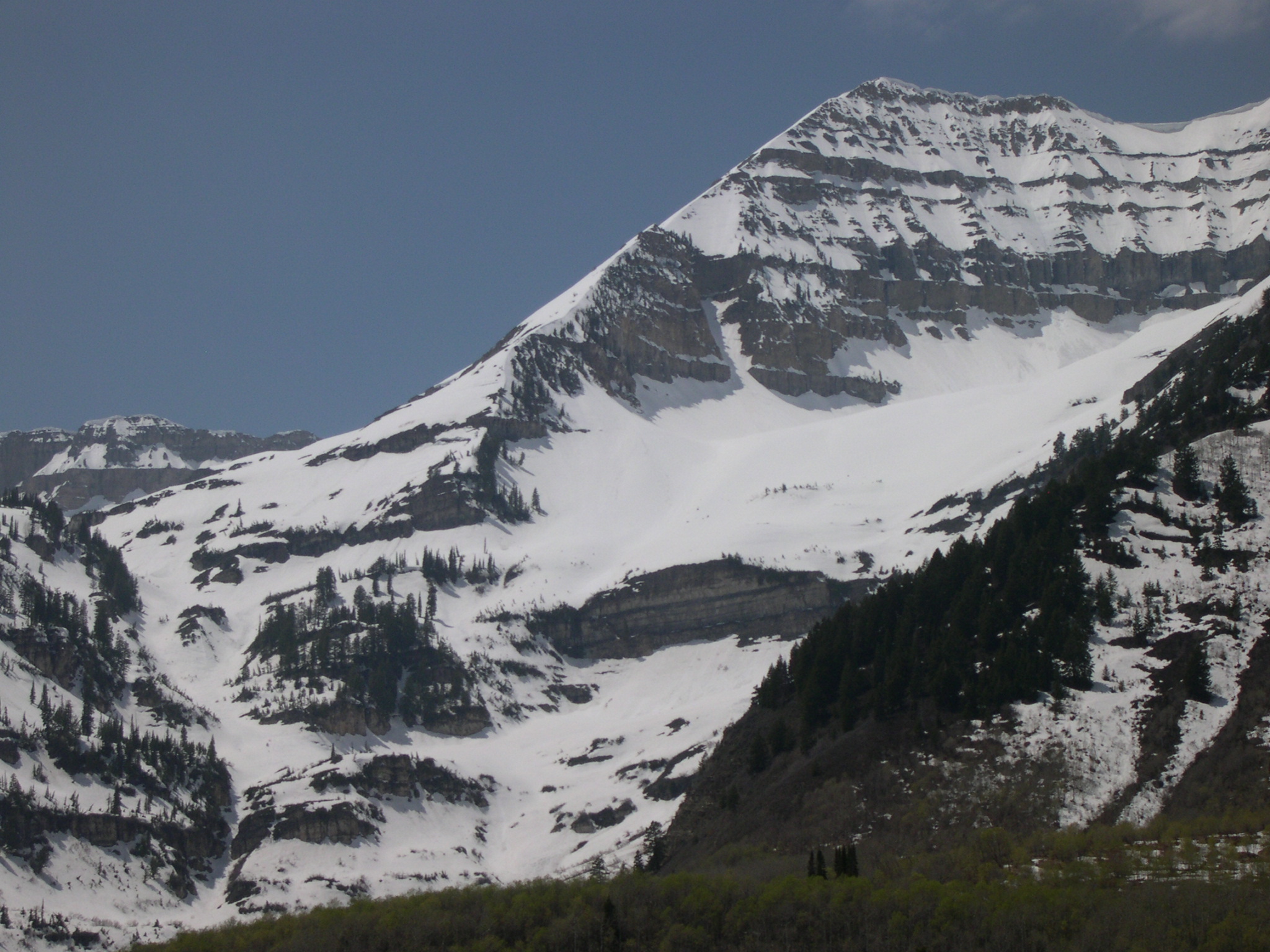 Memory has it’s way of distorting the details. I think it’s been 6 years but it could be longer, likely more like 10.

I had driven the road from Heber to Provo likely 500 times and had heard her whisper to me as I looked at her sexy East Ridge with covetous thoughts. It’s a line that is littered with cliff bands and a double fall line that if not followed will lure you into trap after trap. Year after year the ski seasons passed me by without checking her off my list. It was either he didn’t have time off of work or I wasn’t in town druing the 2-3 weeks that it was in form or….excuses, excuses.

My skill over the years that I’ve lusted to touch her East flank have improved and the fact that this season, after a crazy brain surgery that brought me closer to death than ever before, would be THE season is still amazing to me as I type.

It was a rather simple plan and one that hatched from passing by the desk of Bob Merrill, a co-worker of mine at Backcountry.com, as he casually said, “What are you doing tomorrow morning?” I could see that look in his eye and I knew something was going down. “Skiing whatever line you want to ski” I replied, to which he whispered in a hushed tone, glancing from right to left “east ridge of Timp”. My heart skipped a beat. As far as dawn patrols go it was your standard fare. Groggy 4am wake up, drive to a meeting point, car pool to Timpanogos with Bob cranking some 80’s metal in a coffee induced mania. Given that it was May we skinned up through Primrose Cirque sans headlamps, passing other lofty and worthy objectives (east coulior of Roberts Horn, Ship’s Prow) and up the glacier to the saddle.

Shouldering our skis we climbed past the second summit and along an exposed summit ridge to reach the top of Timp’s seductively sexy East Ridge. I had finally arrived.

How did it ski? She dished up 3000′ of perfect “I can’t believe it’s not butter” smooth corn that lead to a final 1000′ of slurpee spring goodness. Her kiss was as good as I had imagined it would be all these years. Like most any worthy reward there is a price to be paid and the 4500′ of hiking was just the main fair as she made us pay an additional price to exit through some crazy avalanche debris and bush. But despite the memory fog that sets in with age, skiing the East Ridge of Timpanogos is an adventure my mind will not soon erase.