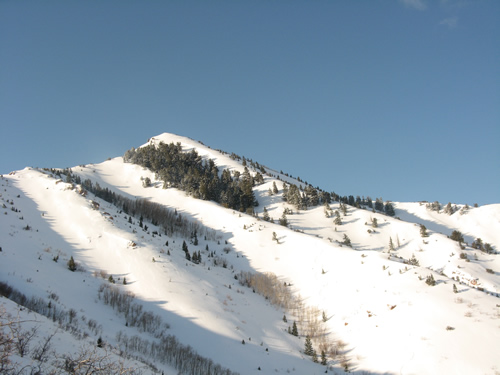 Dawn Patrol: In Search of April Pow on Mt. Aire

I haven’t been on a Dawn Patrol in over a month… having our third child has reduced my free time considerably. But, with the recent storms, I just had to get out–even if I was doing it all on only 4 hours of sleep.

The email came from Kendall yesterday… “Hitting Mt. Aire tomorrow… anyone interested?” I’ve been wanting to hit Mt. Aire to see Kendall’s trailwork and get a first-hand tour from the Mt. Aire addict himself, so I made it happen.

Up at 4:45 am, quick breakfast and out the door by 5:15 am. I pulled into the mouth of Lambs Canyon off I-80 at 6:00 am on the dot. Not a bad drive for this kind of accessibility. Unfortunately, I missed Kendall and Rich at the parking lot–they got a 15-minute head start on me, but the skintrack was easy to follow. 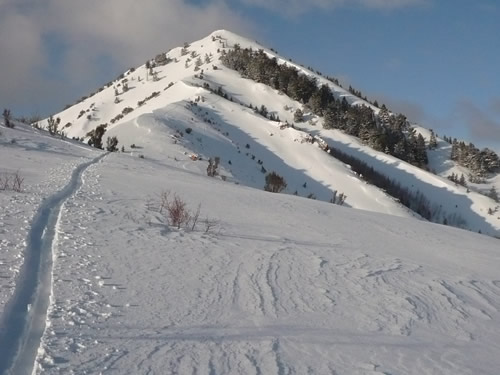 As always, I was glad not to be breaking trail. There were actually two groups ahead of me–Kendall/Rich and Dustin/Eric (Backcountry.com guys)–so, by the time I made the slog, it was more like a freeway to the top. But, since I’m a slow climber–even this late in the season, it was nice going at my own pace. This was my first real use of the Naxo NX21’s mounted to the Bluehouse District skis. The Naxo’s are a little clunky, but they held me in just fine.

After all was said and done, my Suunto Observer had tracked 3140 ft. ascended–not a bad workout.

Near the top, I realized that the two people I had been following weren’t Kendall and Rich, but actually Dustin and Eric from Backcountry.com. I was like… “I can’t believe Kendall didn’t keep cranking to the top.” But, I realized that he and Rich had slipped out early so Rich could make it back to the office and Kendall was on his way up for seconds.

At the top, I met Dustin and Eric and quickly joined up with them. They were even gracious enough to allow me first tracks off the top. Dropping in, it was the perfect pitch with fairly consistent 6-10 inches of untracked. Just a few pockets of windbuff, but mostly creamy pow. The Bluehouse Districts were definitely the call as I arced my way down the first pitch, playing with a few double-fall-line aspects, then opened it up with bigger turns near the first choke. As usual, my Garmont Endorphin boots were money–allowing me to drive my skis without flinching. 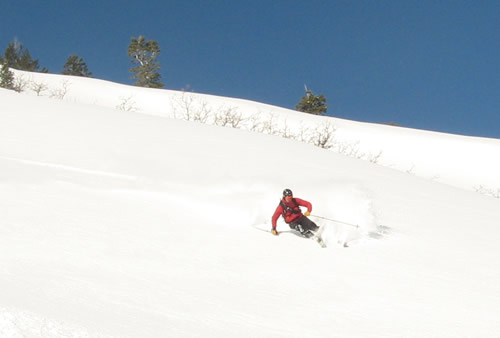 The exit from there involved another 400-ft. ascent, followed by a nice 1000-ft. or so of creamy pow and then back to the cars.

I’m digging Mt. Aire… and the excellent offseason trailwork has made for quicker and easier entry and exit. A sweet way to get 3200 vertical feet of skiing in–all before 9:30 am. 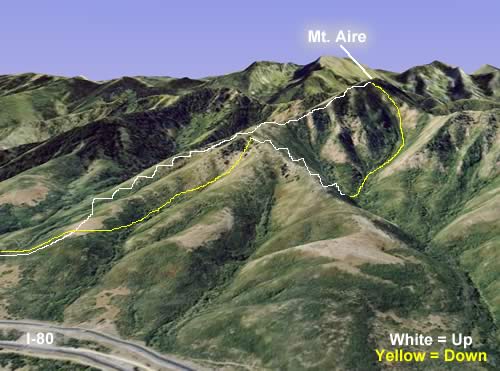