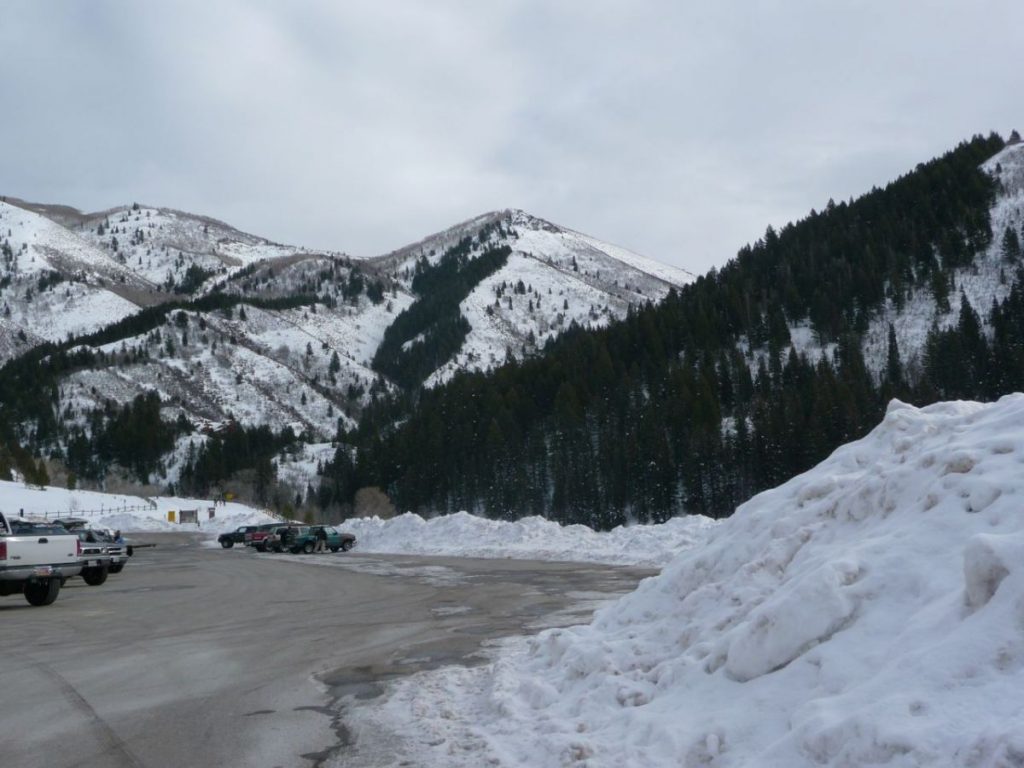 For lack of a better term, I’ve dubbed the 8200 ft. peak directly to the East of Tibble Fork Reservoir, “Exploration Peak.” Why? Well, as far as I can tell, it has no name and, it was worthy of a little explora-tour, so hence the name. With all my exploration over the past 3 seasons in American Fork Canyon, it was time to look Eastward and this little gem immediately caught my eye.

Like everything in AF Canyon, it has quite an approach, but this one seemed to be a bit different in that it gains vert right from the lake and is quickly into skiable terrain (well, so I thought). After three hours of ascending, intermixed by lengthy chit-chat, a few snow pits and meandering through thick scrub oak, we reached the summit of the unnamed peak I’ve dubbed Exploration Peak. 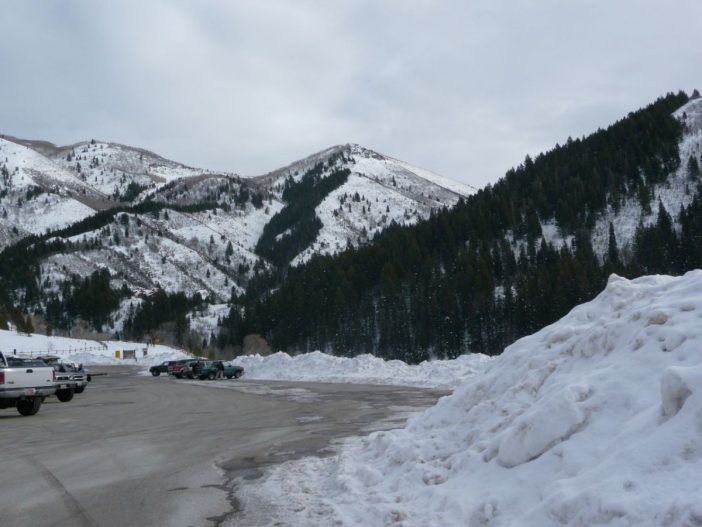 Here’s a play-by-play of the action:

The ascent involved picking our way through the scrub oak and pines along a sub ridge to the saddle. We were able to use what appeared to be either summer trails or game trails for much of the way, which made for easier routefinding overall. here’s a taste of the ascent: 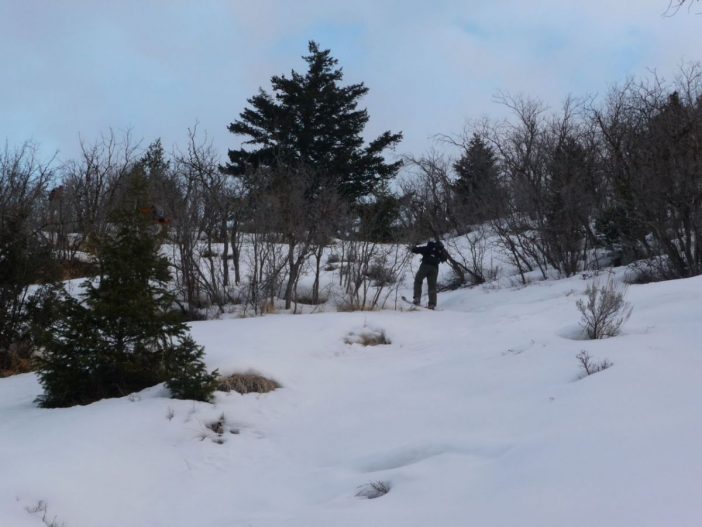 While ascending, the surrounding peaks came fully into view highlighed by the ever-present Mt. Timpanogos to the South. While the photo-killing cloudcover prevailed, we were still able to capture some interesting views of the passing clouds on its uppermost ridges. 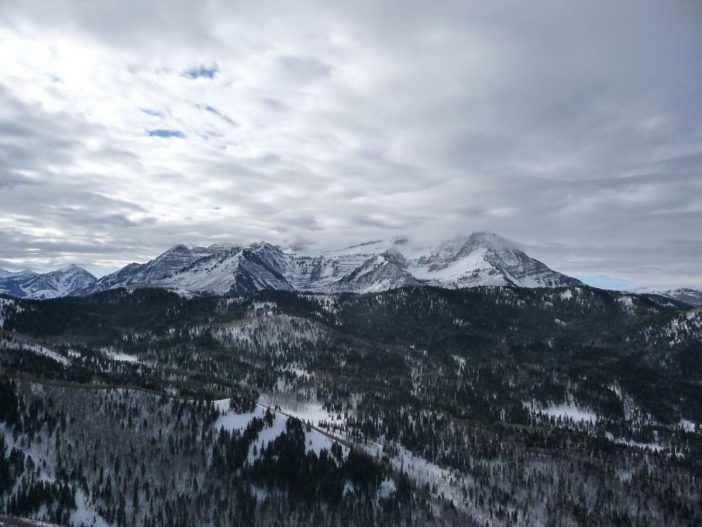 Once at the Summit, we were tempted to drop into the East-facing slopes off the peak, but alas, time constraints forced us to drop back into the Northwest-facing flanks of the peak that lead back to Tibble Fork Reservoir. 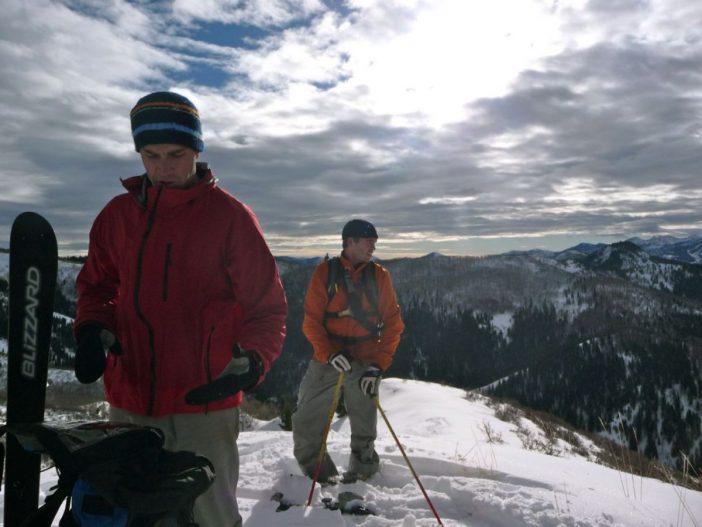 Conditions on the first 800-1000 feet of the descent were consistently good on all shaded aspects which made for great creamy pow turns all the way down. While these are definitely not glory blower pow turns, we were able to find some good snow like you see Brad enjoying below. 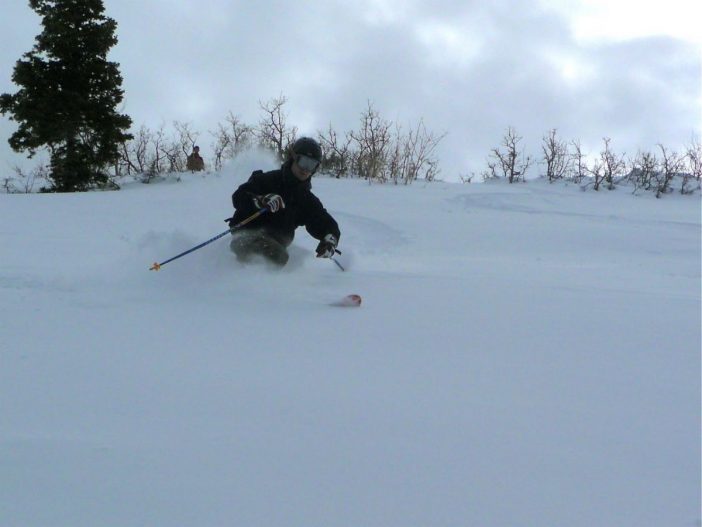 After the good turns, we were forced to descend through a dry creekbed/natural halfpipe (reminded me of Canis Lupis at The Canyons Resort) which led us to a running creek. After some thick bushwhacking and a streamcrossing, we were back on Trail 040 in Mill Canyon on our way back to Tibble Fork Reservoir.

The search continues in American Fork Canyon for the “perfect” ski tour. Alas I’ve got several worthy routes in my back pocket, including this one and several more on the shortlist.