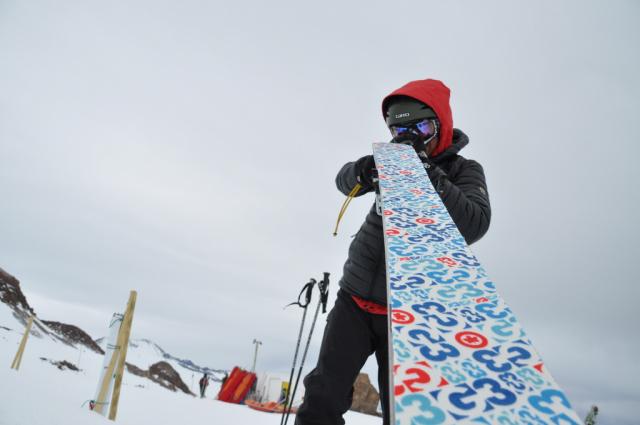 I had to learn the hard way the other day… fat skis require fat skins. Well, duh! Yeah… duh! It’s easy to say that now, but I thought the 3/4 inch or so of exposed ski bases on either side of my Black Diamond GlideLite STS climbing skins would be no big deal. Had the snow been deeper, maybe it wouldn’t have been a huge deal, but the dust-on-crust conditions exposed the flaw in my thinking.

An early-morning dawn patrol up American Fork Canyon ended up being an 1000 ft. exercise with no real turns. My all-around touring skis are a 5-year-old pair of Atomic Beta Rides with Fritschi Freeride bindings. Their 84mm waist and fairly straight dimensions were wide 5 years ago, but now they seem skinny compared to most skis. The “skinny-ness” of the Beta Rides was further exposed last week after slapping my skins to a pair of Bluehouse Districts mounted with Naxo NX21 touring bindings. I shrugged off the exposed base on either side of the skins from tip to tail. “There’s enough skin surface area that it should still climb OK.” Or so I thought. 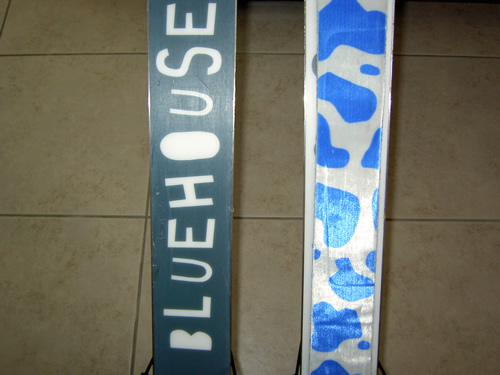 The skin up the 1000 ft. of road and flats gave me the confidence I desired. But, the second we approached the steep ascent to the ski-able terrain, just West of Silver Lake Flat, my false confidence was quickly exposed as I was doing the backcountry skiing version of Michael Jackson’s moonwalk. It was painful as I attempted to ascend, only to give up and chalk it up to a lesson learned.

So, let this be a lesson to you. Unless you have multiple skis with similar sidecuts and especially if you have fat skis as your backcountry ski of choice, get some wide skins, trim them appropriately and climb away. Or, if you prefer the straight skin method, make sure your skins are 4-6mm narrower than your waist width. Here are a few climbing skin options for today’s super fat skis. 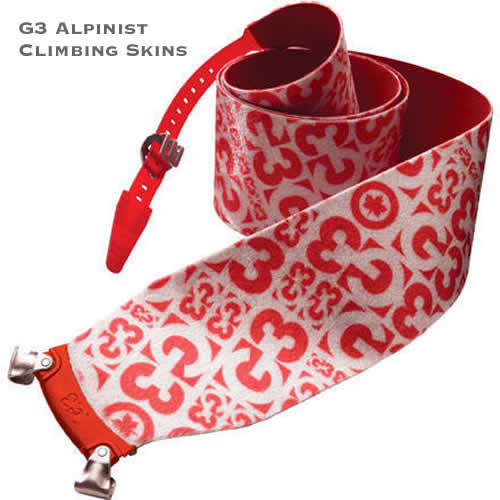 The new tip connector on the G3 Alpinist skins is a departure from the standard loop design used by G3 and others for years. This new design reduces weight by eliminating tip foldover and effectively eliminates the chance of getting snow between your ski and skin at the tip. The double tip attachment hooks on either side of your ski tip. They say the clips will work with virtually any ski tip, but some of the older Atomics with the rubberized tip might give them trouble. Luckily, no current Atomics utilize that rubber tip any longer. The new tip is attached to some of the finest skins on the market and an adjustable rubber tail that’s laminated into the skin material, thus further reducing weight.

With uber-simple tip and tail attachments and legendary climbing ability, the Black Diamond Ascension skins are a great choice and are available in a wide array of widths from 60mm all the way up to an industry-leading 140mm. Thick, burly and grippy, the Ascensions will climb up anything in sight and withstand years of abuse. The only downside is the thickness, which makes them more difficult to pack away in your jacket pockets. Try the Black Diamond GlideLite’s for a lighter-weight package. Prices range from $115 to $175 based on width. 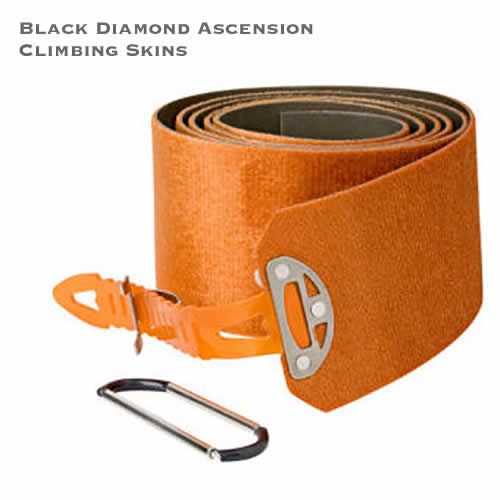 BCA is one of the industry-leaders in backcountry technology. Their avalanche beacons have set the standard for years and the rest of their equipment is top-notch. The BCA Low Fat Climbing Skins are simple and light–easily folded and packed into your jacket to stay warm while skiing. They lack an attached tail clip, which can become tricky at times. They are available in widths from 60mm to 120mm and priced from $102-$150 based on size. 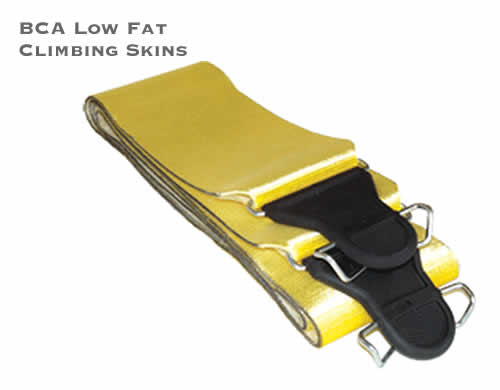