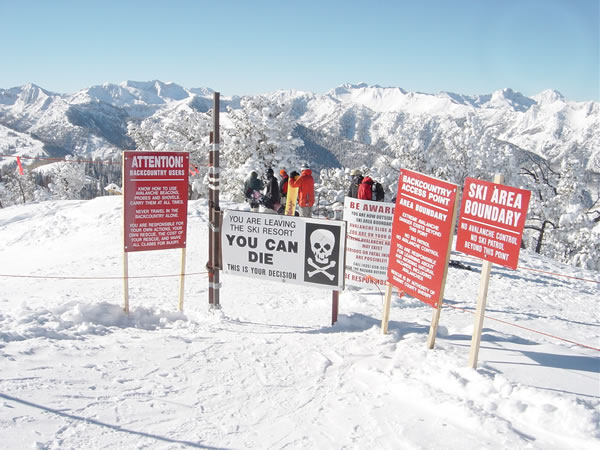 With a long lull between the early-November dumping and the currently endless stormcycle, avalanche conditions in the Wasatch Mountains have been sketchy. With an inbounds fatality at Snowbird and several other slides in the backcountry, this season isn’t starting off too well for those wishing to venture outside the ropes.

With that in mind, I’m hoping to at least head out for a walk in American Fork Canyon to investigate the snowpack. Apparently there’s a killer rain layer from Thanksgiving and a few other tricky layers of junk, graupel or faceted snow that are essentially making backcountry travel downright treacherous.

The danger is CONSIDERABLE. Let’s be clear: the backcountry is exceedingly dangerous right now. You will trigger an avalanche if you decide to ski a steep slope at the mid and upper elevations. You will also be able to trigger avalanches at a distance, with some of them pulling back to lower angled slopes.

The avalanche danger is HIGH on and below mid and upper elevation slopes, especially those facing west through north through east and southeast. Human triggered avalanche are likely on slopes steeper than about 35 degrees, and slides can be triggered remotely from a distance, so avoid travel adjacent to and below steep avalanche paths. As the winds pick up this afternoon and this evening, a natural avalanche cycle could occur again. Only those people with excellent avalanche skills and experience should travel in the backcountry, and travel should be on gentle slopes and ridge lines well away from avalanche paths.

Today’s avalanche report is from Bruce Tremper, who puts everything into it’s proper perspective with his video of field work from yesterday:

Looks like it might be a tough year in the Wasatch for backcountry skiing and a dangerous one for those who choose to throw all caution to the wind. If you’re curious about the current snow profiles or want to check out the latest reported avalanche activity, head over to the Utah Avalanche Center. As far as I’m concerned, I’d like to live and am choosing my backcountry adventures wisely.