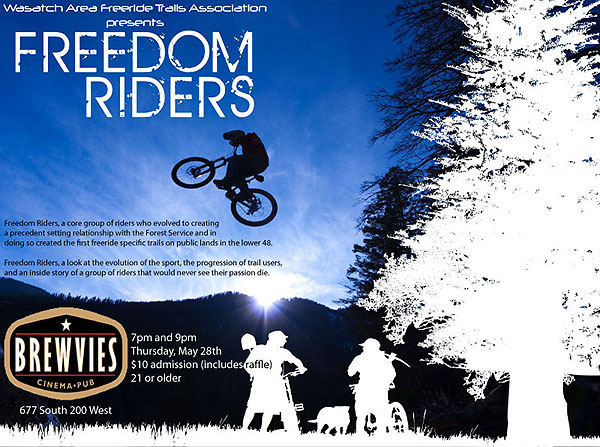 Freedom Riders follows a core group of riders who evolved to creating a precedent setting relationship with the Forest Service and in doing so created the first freeride specific trails on public lands in the lower 48.

What would typically be a no brainer for FeedTheHabit.com to premier and host, this film has actually found a better fit with WAFTA (Wasatch Area Freeride Trails Association) as the presenter and benefactor of some of the proceeds. WAFTA helps work with communities here in Utah to build freeride trails.

Be sure to get yourself to Brewvies next week to catch this film. See you there.

What: Cool film, good eats, beverages, tons of swag including a frame from GoRide.com. Ages 21+ only.