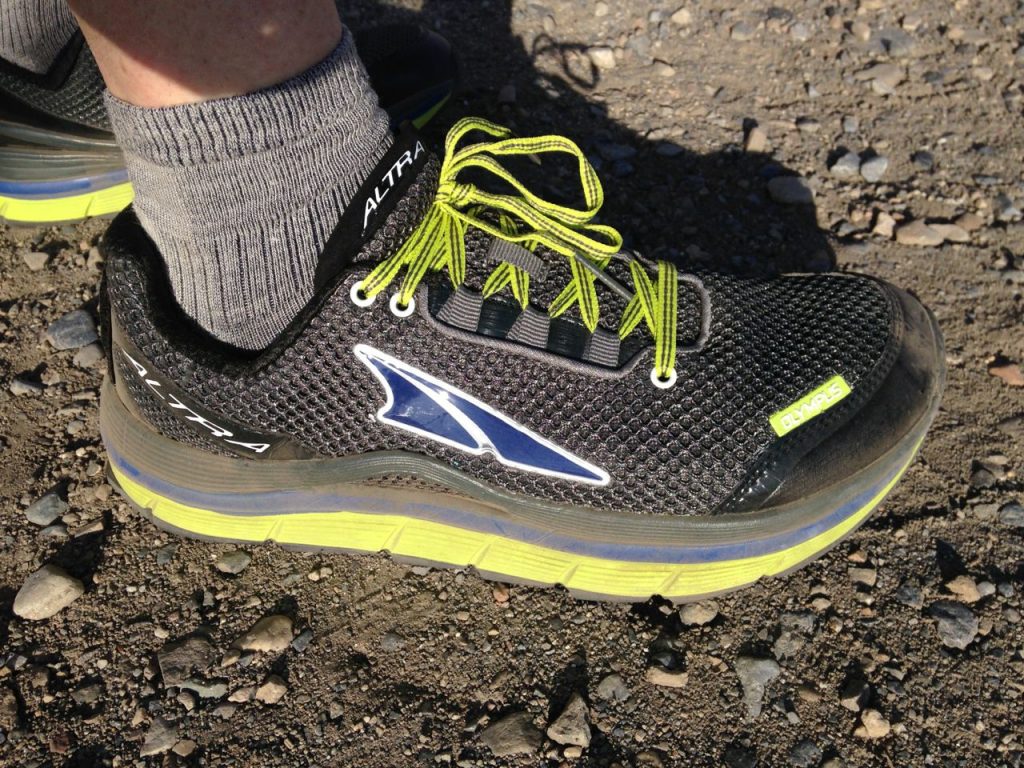 As more and more runners are opting for maximalist shoes, I still can’t help but think back to the first time I saw them on the trail. It looked like they were running with 3 inches of memory foam underfoot. The purist in me has held out for a long time until the Altra Olympus showed up at my door. It hasn’t all been rosy, but I can’t deny the amazing-ness of these shoes.

All that squish is slow, right?

The juxtaposition of the all-new Olympus against the Merrell AllOut Fuse trail runners (which came in at the same time) is almost comical. It’s like comparing a sleek sports car to a monster truck. They both get you down the trail, but in radically different ways. As mentioned, this is my first foray into what some affectionally call “marshmallow shoes” and I went into it with my eyes wide open.

My first run was on one of my nearby single track trails. It consists of about 500 ft. of climbing over the course of 3.5 miles. I’d say I’ve run this particular section of trail at least a hundred times — so I know how I should feel at each benchmark along the way. This first run was different. I felt sluggish and every stride was labored. When I got home, my wife asked me how it went and I couldn’t lie to her — I wanted to pitch the shoes right then and there (but I didn’t). A couple of days later, I came down with a nasty cold. So, some of the sluggishness was due to the fact that my body was otherwise occupied trying to fight off a nasty bug.

After recovering, I was dead-set on replicating that initial, crappy experience. I thought there was no way I felt THAT bad due to coming down with “La Gripe.”

That next run wasn’t so bad. Then the next run was even better. Hmmm… sounds like the cold DID affect things.

Next was to do some head-to-head comparison between some of my favorite shoes and the Olympus. The first series was telling: I was only 10 seconds slower in the Olympus that I was in the Pearl Izumi N1 Trail (one of my all-time favorites). After some head-scratching, my next head-to-head would be stacked unfairly against the Olympus — kind of on purpose.

This time, I had a 2.3 mile course identified. First, I’d run it in The North Face Ultra Trail, then the second lap would be done in the Olympus. The assumption was that if the squishy Olympus are to make running much easier on the body that it should be an advantage going second (so went the logic). Well, here are the results.

With the deck stacked against them, the Olympus only gave up 10 seconds to the much lighter and much nimbler The North Face Ultra Trail. My conclusion on overall speed in these shoes: they are deceptively fast and likely just as fast as any other shoes I’ve got in the stable.

Further proof was another multi-day head-to-head spin on another trail. The result? I tied one of my PR’s that is also a KOM and was off the other PR/KOM by just 2 seconds! Tell you what, these shoes are very fast and smooth.

How is the trail feel?

Since there’s no way around the fact that you’ve got gobs of squish underfoot, the trail feel is pretty numb. You don’t feel ANYTHING. No pointy rocks, no roots, nothing. If I could point to one major flaw of these maximalist designs it would be that. If you prefer protection above else, you’ll revel in the numbness, but if you prefer to actually “feel” the terrain (to a certain extent), you may not like what you feel.

That said, they do a marvelous job of morphing to the terrain. Don’t worry about sharp, pointy things in the trail as they will get pretty much absorbed with every step.

Traction is pretty good and about what I’d expect. The lugs are low profile, so really loose and dry conditions will be met with a little less purchase than I’d like. Wet rocks were also a tad slippery. But, nearly everything else resulted in positive forward traction. I don’t think it wise to have more aggressive treads on these shoes as they might get too grabby. Again, not best-in-class, but right on par with similar treads on the market.

Also, Altra recommends a midfoot strike at a uptempo cadence. That’s my typical stride, so I didn’t have to change much there.

Just how stable is the Olympus?

It’s interesting to think about how tall you are in these shoes. But, with all that height, your foot settles “into” these shoes well. Because of that, you don’t get that “I’m walking on stilts” feeling. Instead, you get a very stable platform under most conditions. I found the tall height to be a little odd on off-camber switchbacks or when running through sections of dried mountain bike tire tracks. I gather that odd-ness was due to the feeling that the shoe simply stays put on the ground and it’s the foot that pivots inside the shoe, instead of the foot and shoe feeling like one unit.

Essentially, I found that in these circumstances, the shoe simply adhered to the trail and it was my ankle that had to angulate to match the terrain. While this also happens with regular shoes, you don’t have such a tall stack height to amplify things. 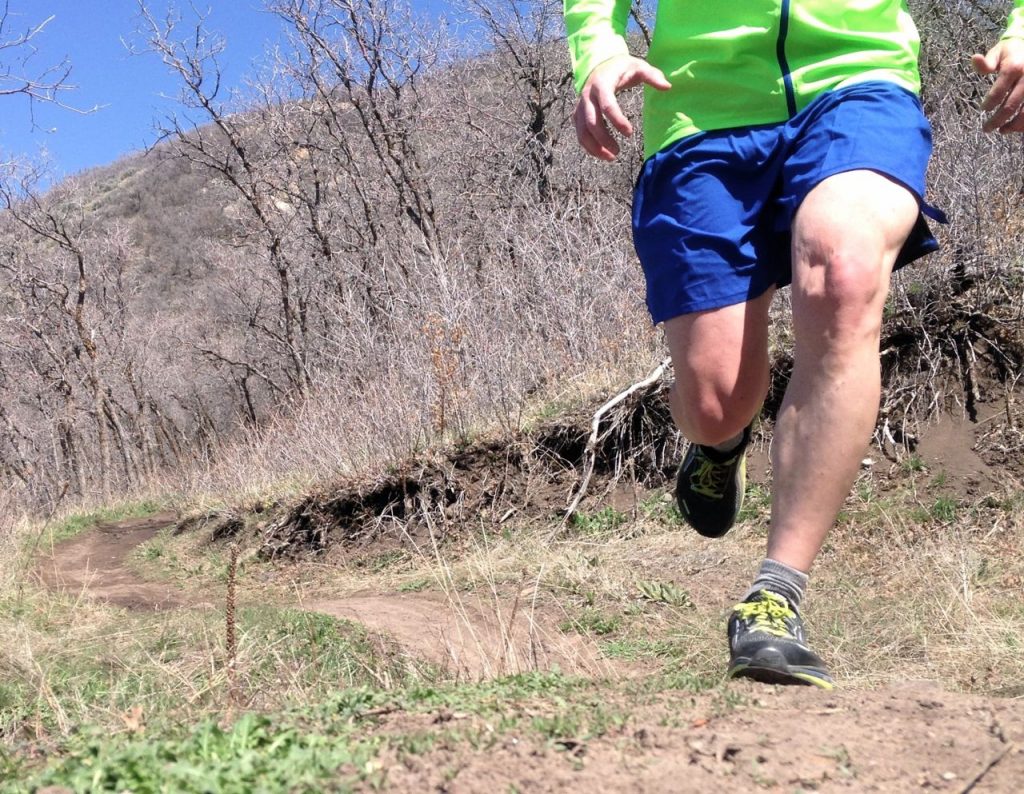 For the most part, I felt like these descended well. The pronounced toe-off ramp continues to propel things forward in one fluid motion. Only on extremely steep pitches did I feel like I was about to slip out of the shoes. Again, the stack height puts your foot in an unfamiliar angle-of-attack.

Was the cushioning too much?

As I consider how the Olympus trail runners have felt on the trails, it’s like running on a pillow. The rebound with every step is very evident and likely helps propel you forward. As mentioned, the toe-off ramp actually results in a really comfortable stride with the midsole providing extreme cushioning.

My experience has been very good as far as the cushioning is concerned. I can totally feel the reduction in jarring and pounding on the trail. Post-run, my body feels refreshed and less “beat up”. However, this much squish does tend to put strain on the body in different ways. On several occasions, I developed knee pain that I’ve never had in more traditional shoes. I’m not exactly sure what that means, but it only appears when wearing these shoes. My hunch is once my body gets completely used to these shoes, it will go away — time will tell.

Most runners will really appreciate all the cushioning and revel in the fact that they can still run just as fast, but without some of the pain and discomfort they have felt in traditional shoes. I have several friends who absolutely swear by these shoes. Most of them have said they can finally run pain-free, which says a lot. 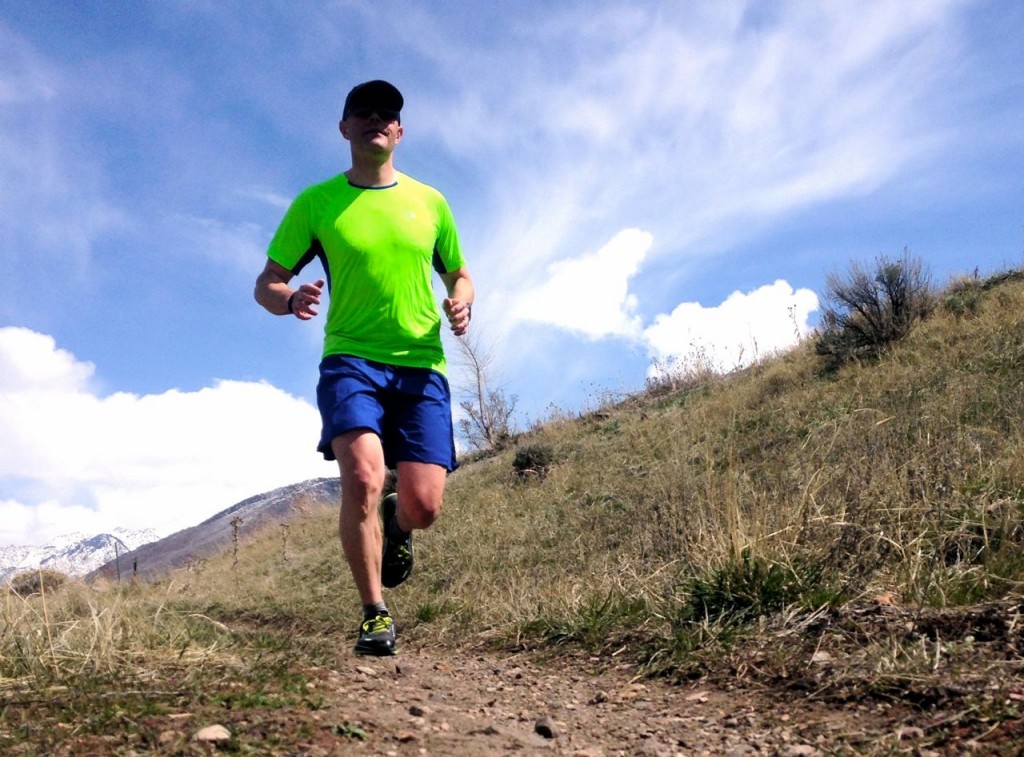 A love affair with the foot-shaped toe box

I can’t say enough about just how comfortable the fit of these shoes is. The signature Altra foot-shaped toe box should be the standard by which all shoes are measured. With the ability to spread my toes and forefoot within the shoe, I’ve felt more comfortable and controlled. What’s best is I can wear Injinji toe socks without feeling extra cramped. The fit of the Olympus, and all Altra shoes, is certainly one of the greatest features of this shoe.

I typically upsize to a size 11 in nearly all my running shoes. Altra recommends upsizing a half size larger with the Olympus. I stuck with 11’s and they fit perfectly.

After reading through my thoughts on these shoes, I hope you don’t come away with thoughts that I don’t like these shoes — because that’s not true. This was my first foray into maximalist shoes and it’s gonna take awhile. There are a ton of positives that I can point to with these shoes — comfortable stride, increased trail cushioning, minimal-to-no speed trade-off, to name a few.

To put myself in your shoes for a moment (yes, pun intended), if you are curious about marshmallow shoes or if you are already a maximalist fan, you’ll be impressed with the performance of the Altra Olympus. I know I’ll keep putting miles on them.