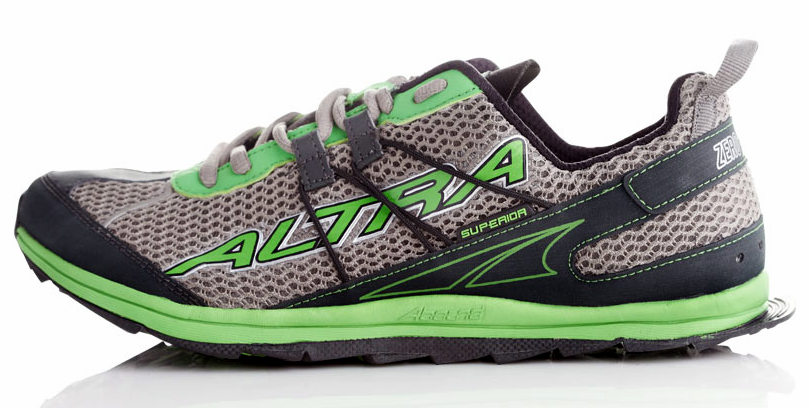 You don’t have to sacrifice weight or flexibility in order to enjoy strong impact resistance on the trails – for proof, look no further than Altra’s Superior. 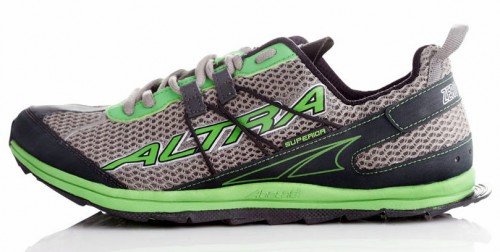 Altra made its mark in the increasingly popular natural running market by creating an entire line of footwear featuring zero drop platforms – meaning there’s no height differential between the heel and toe – in styles that appeal to a wide variety of runners, from pure minimalists to traditional shoe wearers looking for what’s commonly called “transitional” footwear.

The Superior occupies the upper range of that category, in that it’s far closer to a traditional shoe than anything you’d call minimalist.  But like all Altra shoes, it has construction elements that support high performance while promoting natural running form.  There are also a couple of unique features to distinguish this shoe – one in a cool way, the other in kind of a strange one. 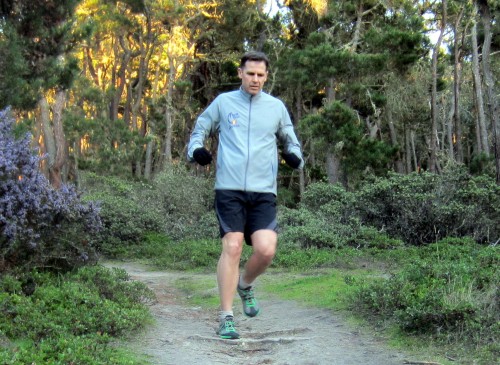 Uppers on the Superior are substantially cushioned, and are comfortable against bare skin.  They are also nicely breatheable, and dry fairly quickly after immersion.  Altra’s anatomic last frames the foot as well as any shoes I’ve tested, staying snug through the midfoot and heel while allowing an ideal amount of room in the toe box for your toes to splay naturally without unnecessary lateral movement.

Underneath the insole is the cool design element: a thin, highly flexible rock plate that provides outstanding impact protection on steep, rocky trails.  You can bomb across pretty much any surface without fear of discomfort underfoot.  The plate is about 1mm thick and doesn’t prevent natural foot movement – but if you’re really looking to shed weight, you can remove the whole thing without impacting the fit too much. 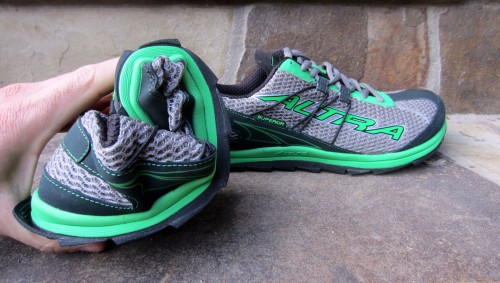 Overall flexibility of the shoe is good through the forefoot, but somewhat stiff in the heel area; for minimalists, it’s a bit lacking, but transitional runners will feel a lot more freedom of movement in the Superior than in standard trail dogs.  Stack height of the Superior is 19mm, making it one of the highest shoes in Altra’s collection.  Between the relative height and the impact-resistant rock plate, the obvious tradeoff is that you lose some ground feel. 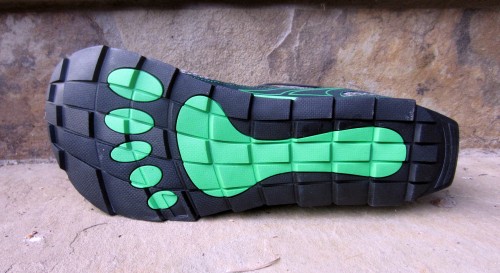 Although it’s a dedicated trail running model, the Superior’s Checker Trail outsole is somewhat sketchy from a traction standpoint.  During testing I had mild slipping on gravelly hills and wet, sloppy terrain.  Altra’s other trail model, the Lone Peak, has a more cleated outsole, and that style would be better suited for the Superior as well.  The plus side is that the Superior would work well as a hybrid shoe for asphalt and firm trails.

As for the strange design element – that would be the tail rudder on the back of the outsole.  It’s ostensibly there to provide extra ground contact on steep downhills, but more often it’s something you’ll find yourself scuffing at unexpected times – such as driving in the car, pulling off a pair of tights, or bushwhacking off-trail.

Altra’s Superior is a solid general purpose off-road or hybrid use shoe for transitional runners, but dedicated minimalists or hardcore trail racers should look to other models in Altra’s lineup: the Adam for minimalists, and Lone Peak for off-road traction.