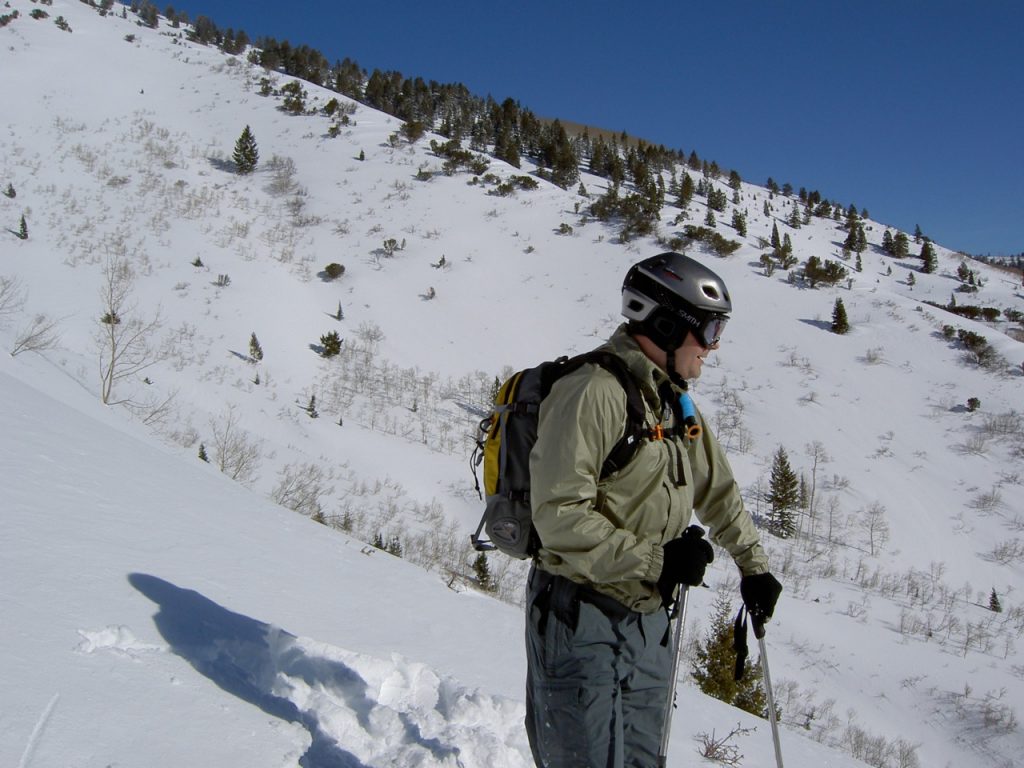 The life-saving Black Diamond AvaLung has been on the market for a few years now. This technology sucks the oxygen out of the micro air pockets within the snowpack and allows you to breathe while completely submerged for 60 minutes or longer. The AvaLung system doesn’t keep you out of avalanches… that’s what your brain is for, it’s built to keep you alive longer. Given that most avalanche victims suffocate before they are found, the AvaLung system is a must-have item for anyone traveling in the backcountry.

The survival rate of a full-burial dramatically decreases after 15 minutes. Without an AvaLung, if you are alive, but not found in 15 minutes, your chances of survival become next to nothing very quickly. However, with an AvaLung, you can safely breathe for 60 minutes or more because of the ingenious design of the system. It was only a matter of time before the AvaLung came built-into a ski pack and the Black Diamond Covert AvaLung pack is living proof. 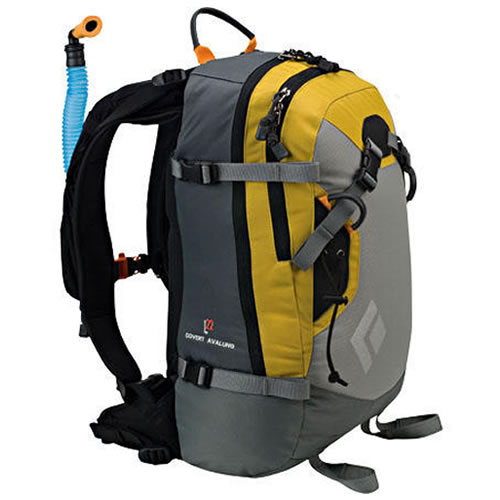 About the Black Diamond Covert Pack with AvaLung

The Black Diamond Covert pack was the first backcountry ski pack built with an integrated AvaLung. Not only is this duo convenient, but the function of the AvaLung is actually improved when integrated into the pack.

I’ve heard people call a standard Avalung and pack combo like wearing a straight jacket, so the melding of both items into a single pack certainly simplifies things and reduces the amount of gear strapped to your chest.

The Black Diamond Covert pack is offered in two sizes: Large (32 liter) and Medium (22 liter). The pack design and size is built for short backcountry trips or yo-yo laps in the sidecountry. Because it’s from Black Diamond, expect all the standard bells and whistles on this clamshell pack combined with a bombproof, backcountry-tested design. Here are a few highlights:

I’ve been eying the Covert Pack since I first saw it at Outdoor Retailer in 2006. The melding of both a solid backcountry ski pack with the lifesaving AvaLung seems like a no-brainer and effectively eliminates the “too much gear to wear” excuse I’ve heard over the years with the standard AvaLung.

I tested the smaller, 22 liter version of the Covert Avalung and found it a bit snug if you want to pack extra layers. Opt for the 32 liter if you need more room and don’t want to upsize to the larger Anarchist pack.

When the pack arrived, I gave it a thorough looksie, marveling at the design of the AvaLung and it’s slick integration with the Covert pack. I immediately looked at my stack of other backcountry packs with disdain as this one was now not only the newest pack of the bunch, but also hands-down the safest, thanks to the life-saving AvaLung built-in. 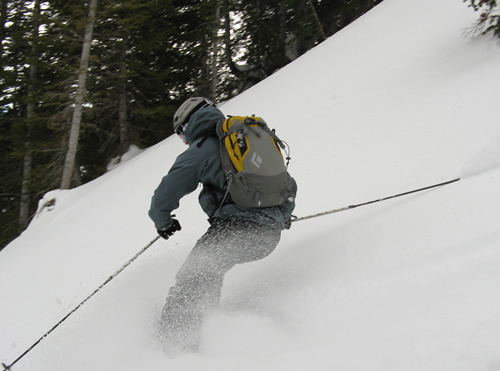 A quick system test of the AvaLung and breathing is easy with full, deep breaths possible. I’m sure being able to take those same deep breaths while completely buried would allow you to calm down and relax–well, as much as you could possibly relax while completely buried. While the AvaLung certainly won’t keep you out of an avalanche, it increases your ability to survive so much so that I feel it’s an absolute necessity for any backcountry skier, snowboarder, snowshoer or snowmobiler. That extra piece of gear has saved many lives already (visit www.avalung.com for survival stories) and the next one could be your own.

The pack offers all the features you could ever want in a small backcountry ski pack. After stuffing everything inside it for a day trip, I quickly realized that the 32 liter size would be a little more ideal overall. Some of the usable space inside is taken up by the AvaLung tubing that’s routed from the left shoulder to the bottom-right exhaust vent.

The overall fit of the pack is spot on with a great suspension design that carries the weight well. I dig the little details like deployable ice axe/ski carrying loops, an integrated chest strap/whistle and durable materials. The avalanche tool pocket has three slots for a probe, shovel blade and shovel handle. I was a little bummed that the pocket wasn’t large enough to accommodate the D-handle from my Voile Telepro, but luckily, I’ve got a 2nd shovel with a T-handle that fit nicely. The only other complaint with the tool pocket is that the compression straps prevent access to the pocket. To unzip the pocket, you have to unbuckle, the top two straps which may take precious seconds during an emergency.

The pack felt comfortable under all conditions and–like any good backcountry ski pack–I didn’t even notice it while skiing. That’s always a good sign of a great ski pack. The ones you don’t notice are the best ones out there. 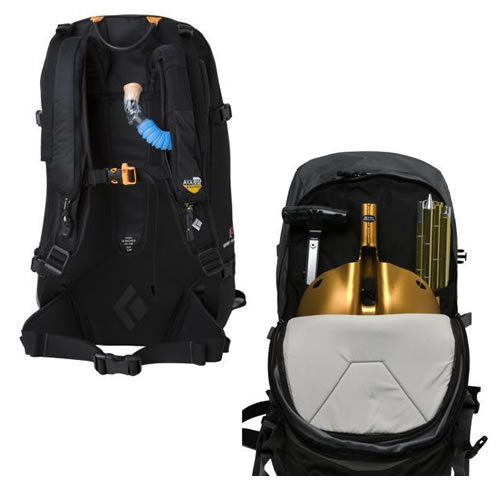 When it comes to backcountry safety, I’m of the train of thought that nobody should ever skimp on any piece of equipment. Personally, I believe the Black Diamond AvaLung to be as important as a shovel, probe and beacon. I want to increase my chance of survival as much as possible and the AvaLung is the only piece of avalanche gear that helps YOU in an accident. Everything else is made to help you find someone else. Every second counts, so an AvaLung is a no-brainer.

And, the Black Diamond Covert with an integrated AvaLung is straight-up genius. Though I think I would opt for the larger 32 liter size, the pack design is as you would expect from Black Diamond. Like peanut butter and jelly, the AvaLung and Black Diamond Covert pack are the perfect combo for safety and utility in the backcountry.