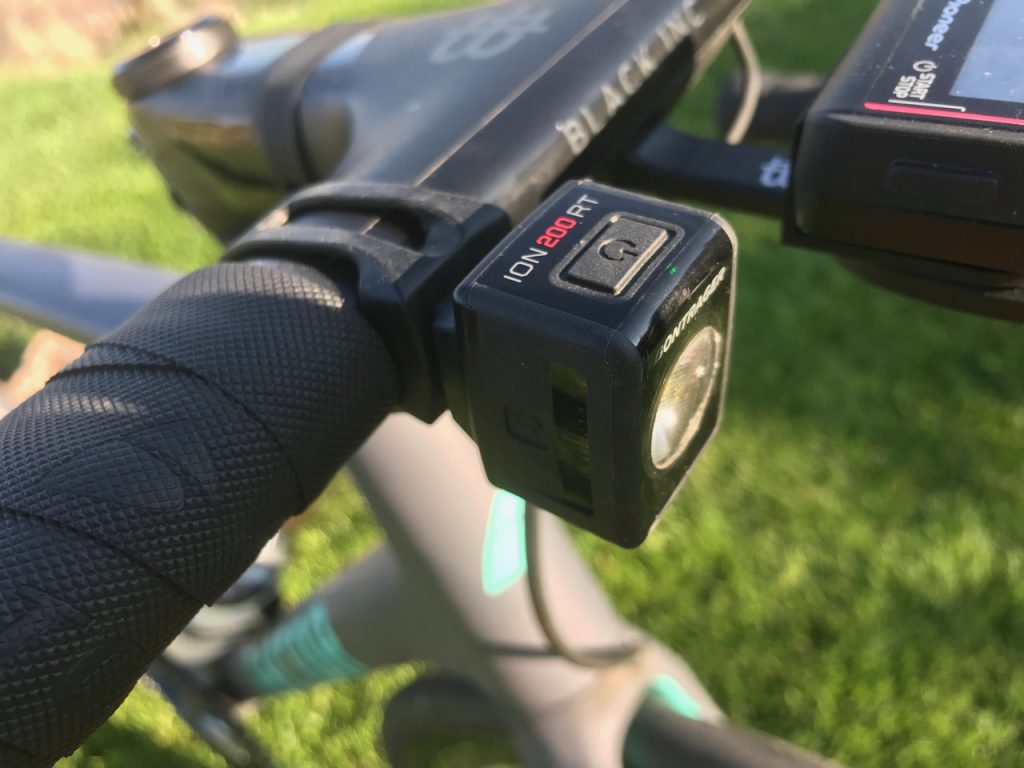 Bontrager has set the bar high with their array of bike lights. Since the first Flare R until today, they have been regarded as the brightest, most versatile bike lights on the market. With the latest Ion 200 RT and Flare RT lights, we must wonder if Bontrager has achieved “peak bike light” at this point?

Be seen with Ion 200 RT and Flare RT lights

While I do believe that many cities (looking at you, Los Angeles) are less bike-friendly than others, I’m hopeful that it will change. As cyclists, riding defensively, obeying traffic laws, choosing roads wisely and being visible are all tactics we should use on every second of every ride. Since Bontrager introduced their Flare rear light a few years ago, I’ve been a proponent of their use. With them, I’ve noticed more respect and have actually been stopped by motorists asking what kind of light it was.

It’s not often that a driver thanks you for being visible, but I had just that on an open road near Madison, SD. With 2km rear visibility and 200 lumens of forward lighting, the all-new Bontrager Ion 200 RT and Flare RT will ensure you’re seen from either direction.

While the Ion 100 R and Flare R City are even smaller, the size of the new Ion 200 RT and Flare RT remain among the smallest and certainly the best size-to-brightness ratio I’ve seen. In addition, the new design not only offers fore/aft brightness but also side/side glass that further increases visibility — something that’s particularly helpful in urban areas.

Not only are these new lights extra bright, but Bontrager has packed additional features in there, including ANT+ and ambient light sensors. The light sensors will auto-adjust the brightness based on outside lighting, which is good during pitch-black conditions, but not as good at dawn when I’d rather force the super-blink always. Luckily, all it takes to override the light sensor is to hold down the power button for 8 seconds to toggle it on/off.

On the ANT+ side, these lights will connect to either Garmin or other Bontrager ANT+ units to show battery status, change light setting or enable/disable the lights.

But, if you don’t have an ANT+ compatible device, don’t fret, they work great in an unconnected environment. Battery status is easily-obtained with the light indicator, which goes from green to red red and ultimately flashing red as the battery loses charge.

The nice thing about the new Ion 200 RT is that it can be a legitimate headlight during dark riding conditions. Certainly, you can overrun the light at high speeds, but again, the size-to-brightness factor is on display with  up to 1.5 hours of 200-lumen brightness.

I haven’t gone into much detail on the flexible strap mount system, but it’s bonkers-simple and easily-mounted. I can even mount it on aero tops, like the Black Inc Integrated Barstem, with ease. And, they also stay put using the magnet mounts on the new Bontrager Circuit MIPS helmet.

Being seen on the road is one of my top priorities. I don’t ever ride without a rear light and the new Ion 200 RT and Flare RT combination is hands-down the best-looking and best-performing day/night lights on the market. Their small size packs the punch of a lighthouse, yet easily mounts anywhere.

Buy Now: Available from TrekBikes.com (or your local dealer)