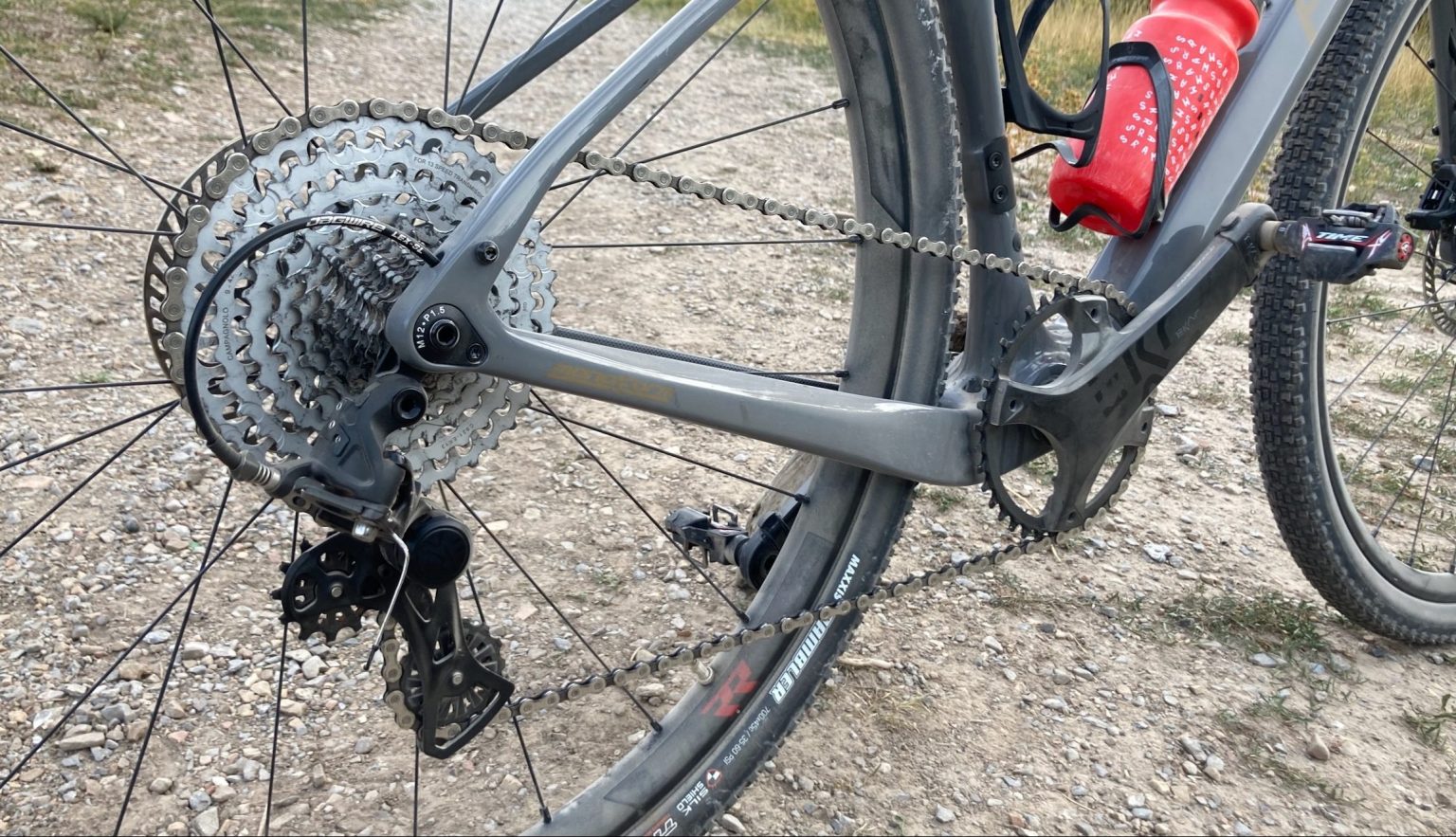 Italian road bikes are synonymous with speed, grace and flashy looks. And, discerning purists wouldn’t consider outfitting their Colnago, Pinarello, Bianchi, Wilier, De Rosa, Basso or other Italian frame without Campagnolo hanging on the right side of it. While that sentiment has softened as of late, it remains a strong preference on the road side. With the growing popularity of gravel riding, that hasn’t been a real option — until Campagnolo Ekar arrived on the scene. As a dedicated 1×13 groupset, Ekar brings the fabled brand into the hands of more gravel riders and even those riding non-Italian gravel bikes.

At the heart of the Ekar groupset is the industry’s first production 13-speed cassette. But, to get that cassette to work, you will need yet another driver body. Campagnolo has long been an anomaly in that regard, but their new N3W driver body adds another variation to the mix. The good news is that N3W is backwards-compatible to even 10-speed systems and will be compatible with future cassettes that may be coming. Kudos to them for both innovating and ensuring backwards-compatibility (not something you’ll commonly find in the bike industry). The hope is that N3W drivers will be compatible with more and more wheelsets in the future. And, most major wheelset brands either have or will soon make their wheelsets available with the new cassette driver.

The cassette is available in three variations:

My testing was with the 10-44T version paired with a 40T chainring aboard the 2022 Fezzari Shafer 2.0 (read the review). Was this gearing enough? For the most part, it absolutely was. I had no problem cruising through the typical terrain where I ride. I could jam the local rolling climbs and even ascend some ultra-steep pitches over 10% in the lowest gearing. I’m a fairly strong rider and had to stand on the steepest sections. That said, a little lower gearing would be nice, so if you consistently hit steep, rocky climbs it may be advantageous to go with the 38T chainring.

On the upper end of the spectrum, the 10/40T combo does pedal out around 30-31 mph, so going with the smaller chainring would reduce that top-end a bit. In the end, it’s your choice but if your bike is outfitted with a 40T from the start, you’ll be able to muscle it out if needed.

Rear derailleur has some tricks

Alongside the Shimano GRX and SRAM’s AXS offerings (Red, Force, GX), the new Campagnolo Ekar rear derailleur features an integrated clutch to eliminate chain slap and the damage and noise it brings. It works wonderfully and I’ve never heard a peep from it in all my testing — on even the roughest terrain.

Since this is a mechanical system after all, it’s great to not have to worry about batteries, blips or bleeps just to go out for a bike ride. But, quiet shifting is not something I would attribute to the Campagnolo Ekar groupset. No, shifting is pronounced and clear. This isn’t a dig on the drivetrain or the derailleur or shifters, it’s merely a recognition of how Campagnolo intends their shifting to function. There’s no question when a shift happens. Response is rapid both under load and not — even if it is distinctively loud.

Aside from the clutch, the rear derailleur has a locking mechanism to aid in wheel removal and install. Rotating it backwards will automatically engage the locking mechanism. This makes wheel removal and install so much easier. Disengaging the lock isn’t as straightforward as SRAM, for example. You rotate the derailleur backwards with one hand, then pop the button down with the other. With additional practice, maybe I could do it one-handed.

No question… Campagnolo makes the most delightful brake levers on the market. What makes them so great? That large and comfortable area at the bottom of the lever for braking in the drops. It’s such a great lever feel that I find myself spending more time in the drops on Ekar (better for speed anyway). In addition, they work well with the best modulation on the market.

Braking from the hoods isn’t quite as blissful. It’s okay and you can certainly grab enough brakes to stop. But, the difference in braking lever comfort/feel between the drops and the hoods is so disparate that you notice it.

Again, Campagnolo has nailed disc brake modulation in my mind. It’s easy to feather your braking and provide just the right amount of front and rear stopping when needed. Modulation and feel is great, but power is a little less than SRAM or Shimano. I don’t think that’s necessarily a bad thing, but there is just a little less power here.

Another feather in the Ekar’s cap is I haven’t had one bit of rotor rub at any point on any ride. That is typically  one of the biggest buzzkill of disc brakes, but these are quiet and smooth — even after hard braking efforts on long descents. It’s pretty cool that I haven’t had to deal with any of that whatsoever.

Campagnolo has long had their paddle shifting lever and thumb trigger combo to traverse the cassette. I love that the brake levers are fixed (sorry, Shimano mechanical) and the paddle shifter works well. It’s great to be able to shift a single, double or triple cog — depending on how far inward you push the lever. The clicks are audible and I’ve gotten pretty good at the proper movement for each desired shift.

When it comes to the big thumb trigger, I like it well enough. No question, it’s fantastic when in the drops. You can hit it easily and make instant shifts. From the hoods, it’s a little different story. I have to rotate my hand backward to engage the thumb shifter. I wish I could just push it down from deep in the hoods, but I do need to pull back just slightly to hit it.

Another nuance is that the paddle shifter (Campagnolo calls this the “outer shifter”) will sometimes not return to the outward position; instead, it gets stuck just inward. The problem with this is unless it’s fully-outward, thumb shifts (to a higher gear) are prevented. It doesn’t happen that often, but it is annoying to hit the thumb shifter and get nothing until I correct it. Edit: Looks like I missed the adjustment feature of the outer paddle, which should correct these issues if you encounter them.

After riding SRAM AXS regularly, the other shifting gap that I notice is when descending to a stop — particularly at the end of a road descent. When in the highest gear, it’s impossible to brake and downshift at the same time in preparation for restarting again after a stop. Luckily, once you’re at a slower speed, you can dump gears, but it still loses to AXS in that regard.

Now that all three major drivetrain brands have their own flavor of gravel drivetrain, consumers have a choice between 11, 12 and 13-speed options. Mechanical, wired and wireless are also in the mix. Given all those choices, the 13-speed Ekar group has several unique selling points. Tops on that list is that huge cassette with its beautiful one-tooth gaps. Not far behind that are the comfortable hoods and beautiful braking from the drops. Like any fine Italian anything, there are some quirks, but no red flags from me.