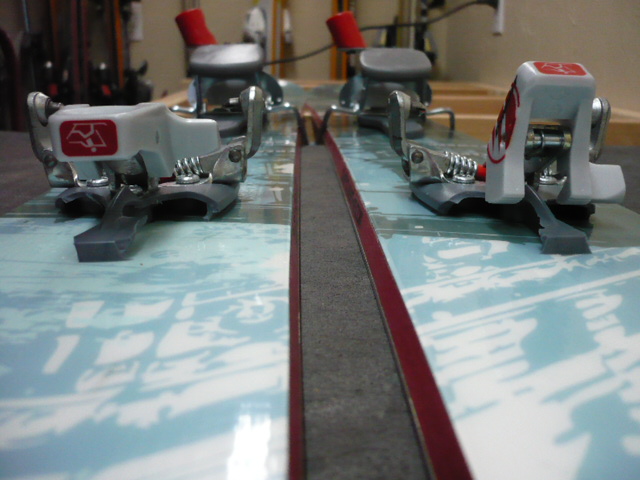 It’s been three seasons now since I made the switch to Dynafit bindings. That first season I kept a pair of skis mounted up with Fritschi Freerides but after a few months of touring with Dynafit bindings I pulled the Freerides, promptly sold them and bought a second pair of Dynafits. I had become a Dynafit Disciple.

I realize that it’s hard for some to envision themselves skiing on a binding that looks so…primitive and so…simple, but making the leap is putting yourself on a path of enLIGHTenment, about 2-4 pounds lighter that is. I’ve skied steep terrain on peaks like Timpanogos, Middle Teton, Mount Superior with no problems. I’ve skied them inbounds and out of bounds, slackcountry and backcountry. With likely 150 days on my first pair of Dynafit bindings they are still going strong. 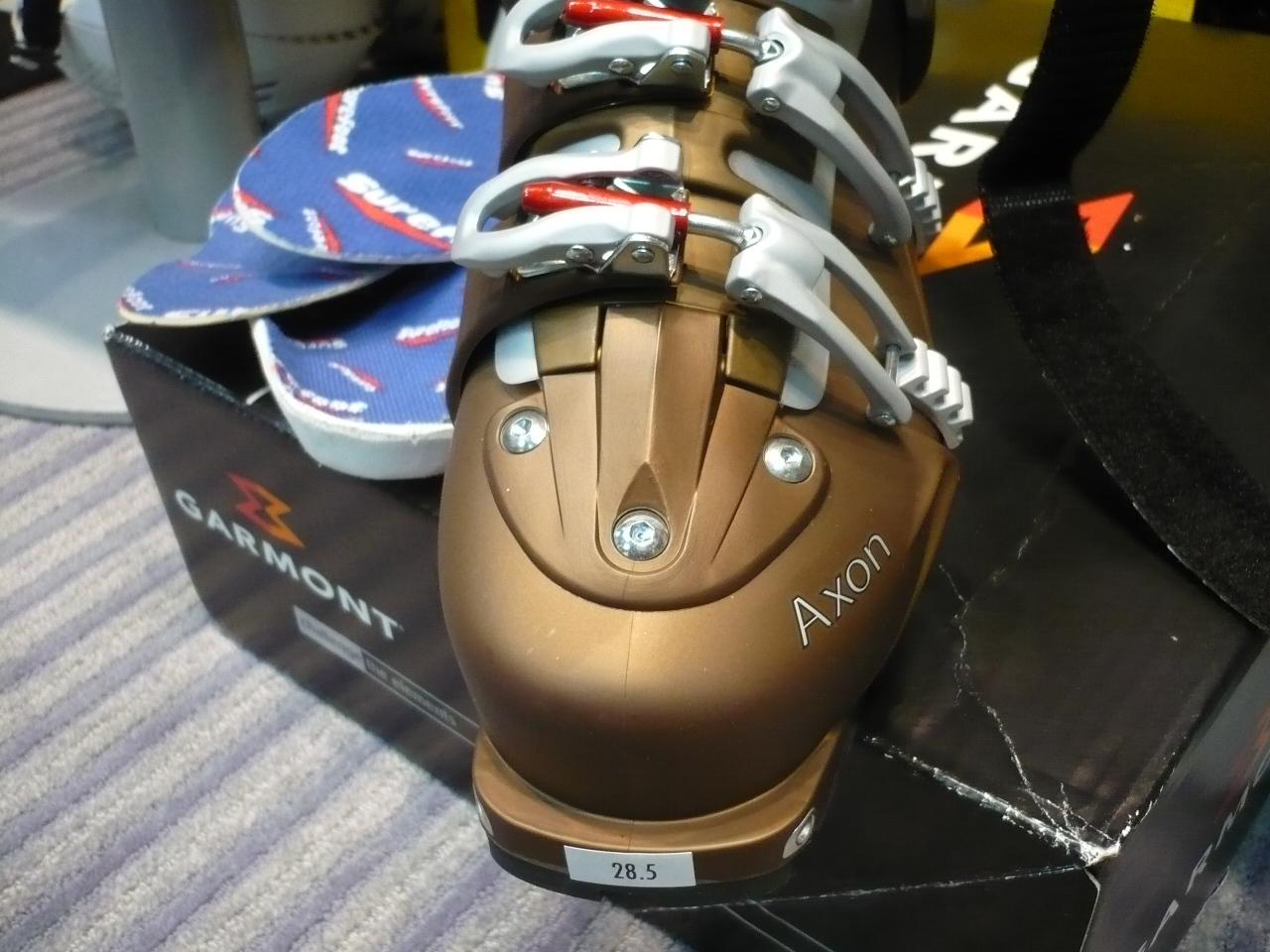 Although the following description may not seem so, the Dynafit binding is simple: It engages at the toe by two prong like features, one either side of the toe of the boot which insert into steel holes (seen in the above image on the Garmon Axon) The heel piece engages by two spring tensioned bars that are positioned parallel to the skis, protruding perpendicular from the heel piece. In touring mode the toe locks into place with a caming arm that levers against the binding base plate an the heel rotates to provide various climbing advantages without engaging the heel into the bars. While in ski mode Dynafit encourages you to unlock the toe when the heel piece is engaged so that you can release if and when you crash. The binding has a DIN rating on the heel.

For years Dynafit had been distributed in the United States by Life-Link but this past year Salewa took over the distribution as well as the customer service and warranty aspects of the business. I didn’t realize that I would be testing their service so soon.

I was touring out behind The Canyons Resort and headed north towards a shot called Corn Bowl. Since I was flying solo I wanted to keep it to lower angles and something I knew well and Corn Bowl is a great south facing shot that is ideal for spring corn but also a fantastic shot if you get it mid winter on a cold day. And cold it was. 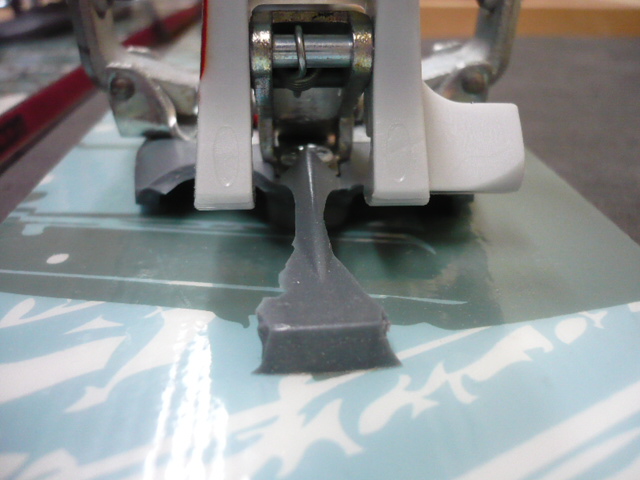 Ridge-top temps were hovering around 10 degrees with fierce winds coming in from the west. I suspect the wind chill was around -10 degrees as I rounded the corner from Square Top to Red Rocks. As I was skinning along I didn’t see a small bush in the skin track and my left ski tip got caught in it. As I continued my forward motion with my left ski caught I did an immediate and furious faceplant, the kind that leaves you wondering what just happened.

As I gathered myself to stand up I noticed little pieces of grey plastic on the ground and wondered why someone would litter up here on the ridge. Then as I clicked back into the toe pieces I looked down to see that the plastic base plates were shattered under the area where the lever arm would engage. Now this wasn’t such a bad thing for ski mode but for touring mode it was trouble as an unlocked toe in touring mode would easily allow the boot to come out with the slightest torque or twist. 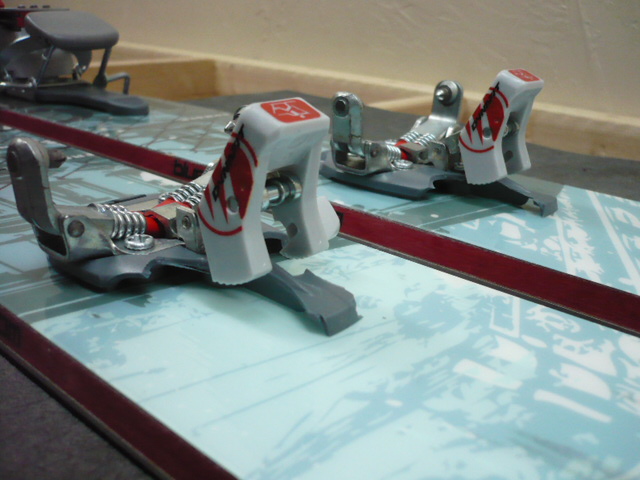 I gingerly continued across the ridge to my destination. I only came out a few times but it was enough to annoy. I spun one lap and it was so good that I went up the established skin track to make another lap. At every kick turn the skis came off. The second run was without incident and I even skied down an area of the resort on my way to the car that had moguls and cut up powder. The bindings held well in ski mode but touring mode was a disaster. The indestructible Dynafit had met it’s match. (Actually, the binding remained true, it was the plastic base plate that had broken)

As I pondered how long I may be without use of my new Bluehouse Districts wondered how good Salewa would be to work with so I called them up and spoke to a guy named Ryan in their customer service dept. Not only was he super friendly and easy going he was very willing to help out. After explaining the incident and the trouble the first thing he asked me for was my address, with no mention of any payment or process. The second thing he said was that he had never heard of both base plates breaking and that he’d love to see some images. That was a Friday.

Over the weekend I snapped a few images and sent them off. On Monday morning a small package from UPS arrived and inside were 2 new baseplates, no questions asked! I was blown away. I thought they’d wait to see the images, make a decision and then get back to me with the replacement costs.

This is a solid company, standing behind a solid product that in a rare situation happened to break. It happens to the best of products (I broke a Freeride binding once as well) and what makes a great company is not only the product they make but how they stand behind it.