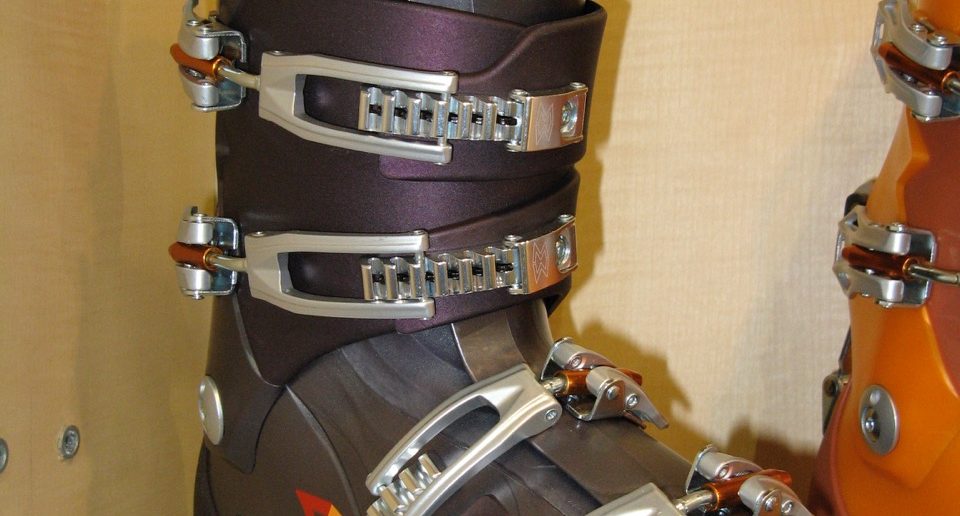 Winter returned to the high peaks of the Wasatch Mountains this week and so did I with the backcountry ski boots that I’ve come to love this season – the Garmont Radium Alpine Touring ski boots. I’ve used them in waist deep powder, early season thin conditions, ski mountaineering on Mt. Timpanogos and even some yo-yo sessions at The Canyons the last time being April 4 when one of the deepest storms of the year laid down two feet overnight.

While I’ve still got some big lines to ski this spring as ski mountaineering season kicks in, it’s time for a proper review from what has so far been a great season of backcountry skiing here in Utah.

In January 2008 we had our first look at the Radium while at the Winter Outdoor Retailer show and Jason did a quick overview of the Radium and its features based on checking it out at the show. The Radium is a new style of backcountry ski boot that combines elements of what you need in the backcountry with the comfort and performance of the overlap plastic–which is common in alpine ski boots (unless you’re still rocking the rear entry classics). 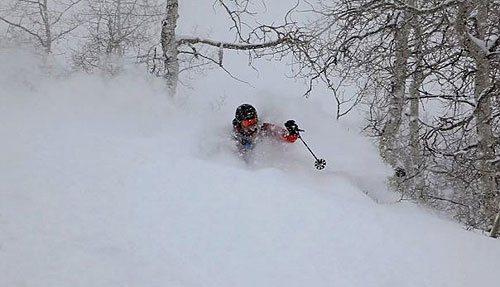 Sure I was excited to slip my foot into the Radium but I was a little hesitant as this was the first backcountry ski boot with a traditional overlap and four buckle that I had skied in. The dual Pebax plastic with Garmont’s overlap boot technology takes a traditional mold but the tradition pretty much stops there. The standard part of the boot is normal height but in front of the tongue is a tall extension of the overlap plastic. This is only one sided as the under layer of wrapped plastic stops about mid shin. This combination provides just enough additional flex strength when you’re headed downhill but keeps the boot light and nimble. At 6’4″ and just over 200 pounds these are important for me.

One other thing that had me was the additional weight I would be taking on. I have been used to lightweight 3 buckle designs (Scarpa Spirit 3) and have shaved weight by switching to Dynafit bindings a few years ago. The Radium comes in at 4 pounds each on the 27.0 (which is only 6 ounces heavier than my Scarpa Spirit 3’s that I’ve been using for long tours and mountaineering adventures). My hope was that the 6 ounces would be worth the stability and extra support. I wasn’t disappointed. 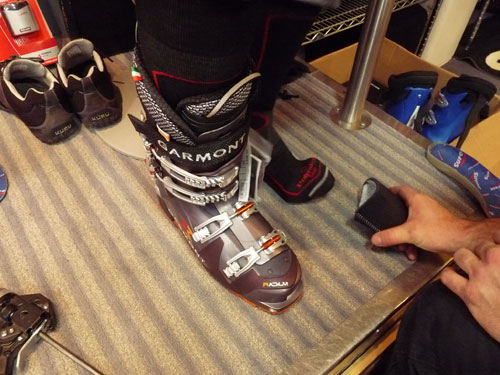 Literally there was no period of getting “used to” the Radium. Fresh out of the box and after a session at our favorite boot shop Surefoot at The Canyons I was skinning on long tours without any fickle fit or comfort issues. With the anatomical fit of the shell, I was sure to have the boys at Surefoot put a toe tap on my feet when doing the heat fit of the liner so that I had ample room. I’d recommend this as I now have a perfect fitting boot.

In the field I first noticed that the walk mode provided ample flex for even the long Uinta tours I’m accustomed to. Easy kick and glide performance as well as booting up a steep ridge–the flexibility was nice. For skinning I typically unbuckle the buckles leaving the power strap engaged. The patented locking mechanism on the two upper buckles did their job to keep the buckles engaged but open. It’s a cool feature but by the same token I’ve done this before with other boots without much worry of them coming fully unbuckled. 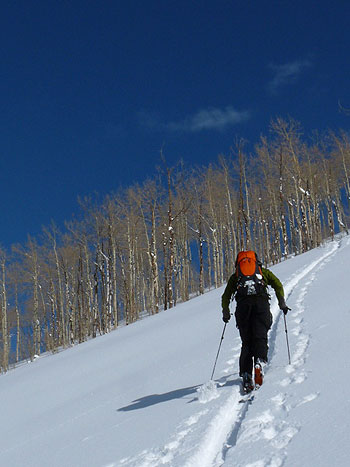 On thing I saw with the liner is that down near the toe there is little if no overlap of the tongue and sides of the liner. I thought for sure this would be a leak point from outside water but the Radium has what’s called a “G-Water Seal” which is the addition of some VERY small ridges on the bottom layer of plastic where the overlap takes place. These ridges kept the water out and not once did I get leaking in 22 days on the Radiums. 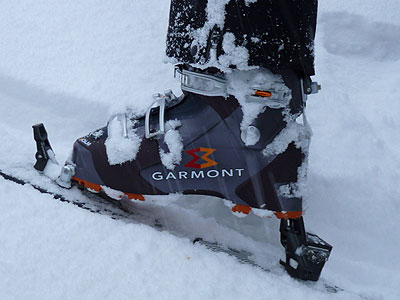 As for the downhill, the strength from the overlap construction let me open things up like I was skiing in alpine boots. Case in point – just a few weeks ago when at The Canyons I headed up 9990 and was going to get out the gate into the backcountry. The lifts had barely opened and with 22″ of new, so I dropped my pack at the top of the lift and spun 3 quick laps–hitting the steep headwall and a Mr. Roper to Fantasy gate just as I would on my alpine set up. It was cool to be making the same exact turns, choosing the same lines I would charge on my alpine boots but this time in an AT setup. The result – big smiles and charging it just like old times. 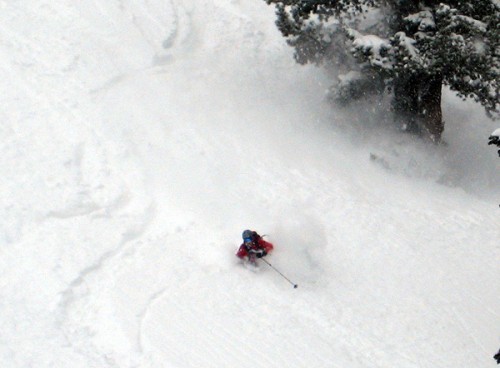 After that we headed out the gate doing 2 quick laps off the bootpack, two skins up Dutches, a trio of Desolation laps (image above) and two Square Top laps coming back through the resort each time. Typically a day like that of lifts, in-bounds powder skiing, skin tracks, booting and groomers would mean you have a boot that is deficient in one or more of those scenarios, but not with the Radium.

One thing that seemed different from the Garmont Axon or the Scarpa boots that I’ve skied is the Dynafit toe attachment points seemed farther forward on the boot. Aside from throwing me off while stepping in a few times, I didn’t notice a decrease or increase in performance or efficiency while skinning. Perhaps it was just me.

As the season is coming to a close, for the first time in a few seasons I know that going into next season I have ZERO need to upgrade my backcountry ski boots. It’s that kind of season-to-season confidence and longevity that I think all of us seek when making a substantial purchase that is ski boots these days.

Garmont was able to take the backcountry skiers needs of a lightweight, Dynafit-compatible boot and combine it with a 4 buckle overlap design that was still nimble enough for the long dedicated ski tours but could still rock the down in any condition. A tall order to fill. I’d say that the Radium is going to be a tough act to follow for Garmont or any other boot manufacturer looking to keep backcountry skiers happy while adding performance for the folks that like to mix in a few laps on the swings.