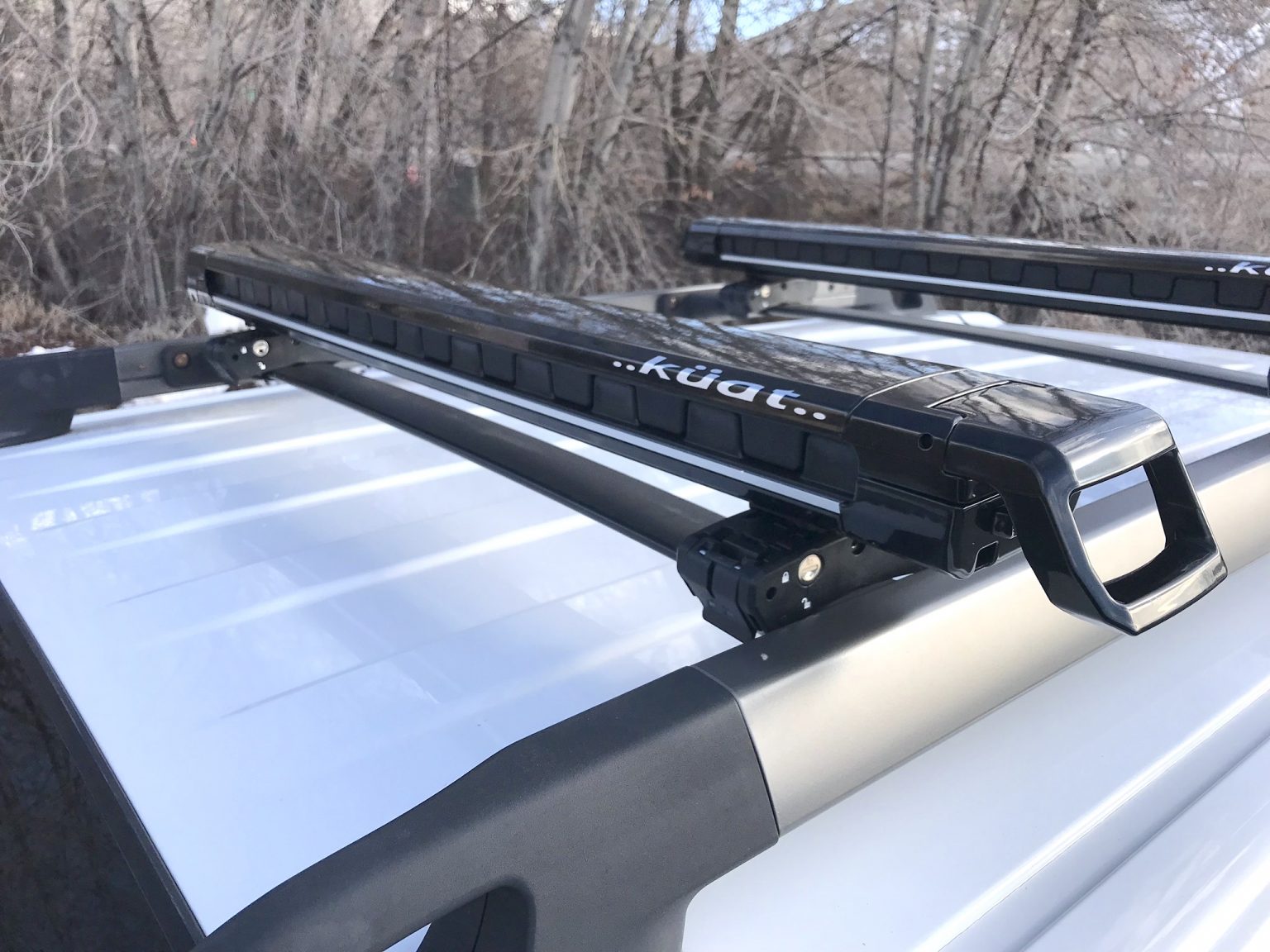 The best ski racks on the market just got a rude awakening from the engineers at Kuat. Their extensive bike rack knowledge and expertise has spawned the beautifully-bomber Kuat Grip 6 ski rack. Also available in a smaller, 4-ski design, this new ski rack will haul your skis and boards in style and with supreme convenience.

It’s not too often that a new product puts everyone on notice, but Kuat has managed to do just that. We tested and liked the Thule SnowPack Extender last year, but the Kuat Grip 6 takes that idea to another level with a low-profile design that’s even easier to install and use.

Starting with the installation process, the Grip 6 includes four Flip Mount bases that easily expand to fit any style crossbars available. For me, that meant installing on the factory crossbars on a 2006 Nissan Pathfinder. The rubberized strap easily contours around all shapes and sizes, and, in my case, one base mounts around the main crossbar section while the other mounts around the wider rail attachment area, as you can see below.

Once the Flip Mount System is set up, all it takes is a flip of the levers to secure everything in place. The full initial setup took about 30 minutes, but as long as you’re installing it back on the same vehicle, re-mounting should take all of 5 minutes — literally. Of all the crossbar mount systems I’ve tried over the years, this one takes the gold.

Not only does the Grip 6 blow the doors off the competition with its burly materials, it adds a slide-out feature that makes loading and unloading skis a breeze. Yes, the Thule SnowPack Extender does this as well, but Kuat has taken this to another level. Simply grab the lower racks and pull out. The aluminum tracks glide outward for access.

The Grip 6 sits fairly tall atop the 2006 Pathfinder and the slide-out functionality is fantastic with one exception — if you’re using factory crossbars, your binding clearance will vary. For me, my taller bindings (Fritschi Freeride and KneeBinding Carbon), unfortunately hit the side rails. Again, this may not be the case with all bindings or factory rails, but it’s happening for me. That said, sliding the skis outward until they hit the rails still puts them within reach from the ground, so it’s all good. If you’ve ever tried standing on running boards or atop the rear tire with ski boots on, you’ll revel in how the Kuat Grip 6 functions. I’m sold.

When it comes to securing your skis in place, the oversized handle is a quick pull and latch away. Just yoink on the handle, pull them down until tight and you’re good. Kuat even includes a security switch to ensure the rack remains closed — even on rough terrain. And, if you’re leaving the skis atop your vehicle, just lock it up and head in for some apres ski activities.

While the slide-out rails are certainly delightful, I did notice that they became slightly more difficult to move when snow and grime got in there. It wasn’t a big deal and sliding them remained easy, but it will be something I’ll be watching as time goes on.

Just when I thought “a ski rack is a ski rack,” the Kuat Grip 6 comes in and drops the mic. With bombproof construction and looks to kill, it makes other racks look amateur. Adding the slide-out feature on top of all that makes this the new undisputed king of ski racks.

Kuat has delivered a next-level ski rack with the new Grip 6. With quality materials and tank-like construction, this ski rack is bonkers easy to load and unload. And, it looks fantastic atop any vehicle.