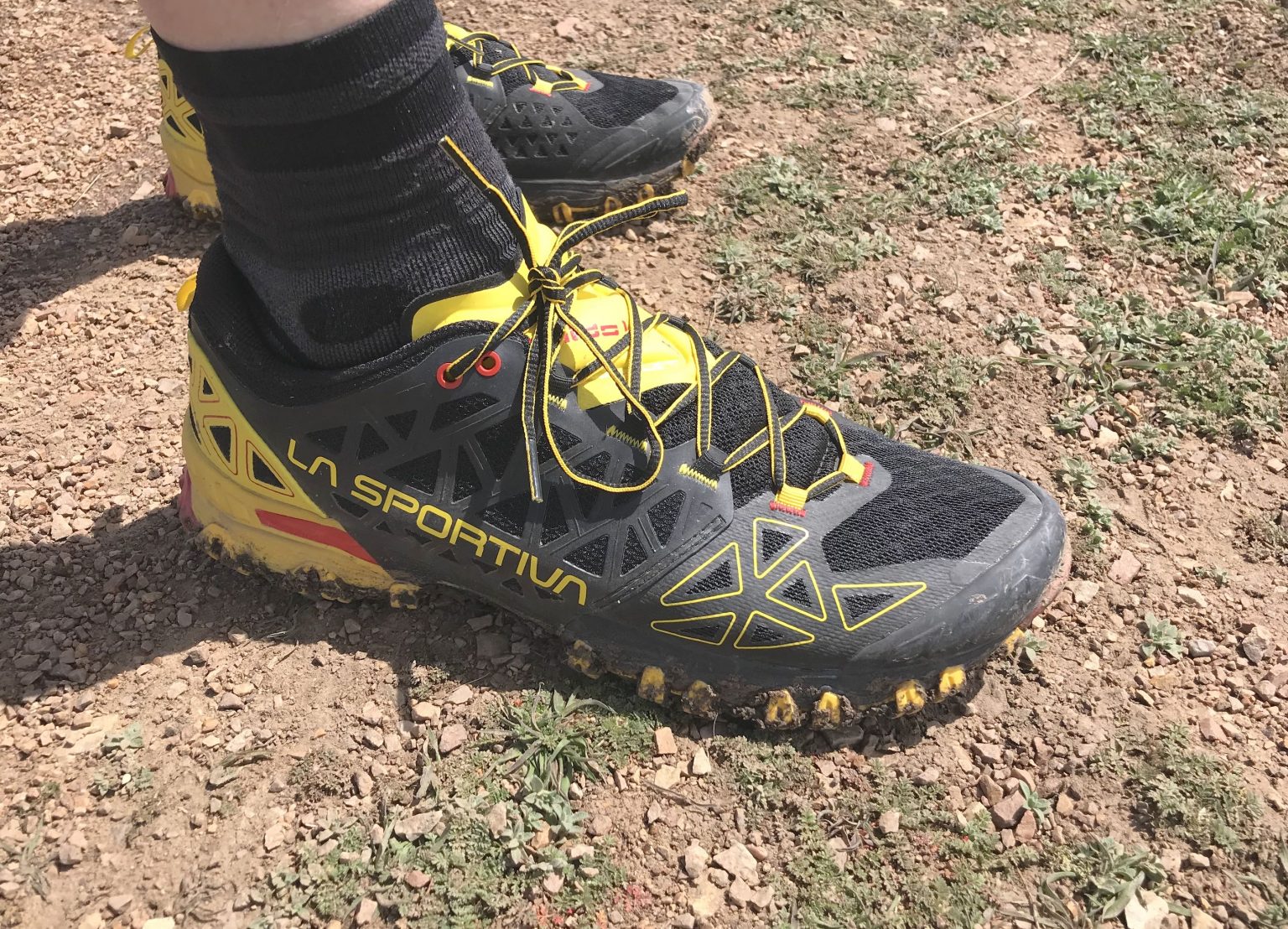 Trail running is the bee’s knees during the shoulder season. Trails are always perfect and the weather is just right for racking up the miles. Out the gate, I’ve been testing the updated La Sportiva Bushido II trail runners — classic trail runners that were updated for 2019.

La Sportiva has long stood by their “Mountain Running” branding when it relates to their trail running shoes. I quite like the term and find that their lineup of mountain runners have always held true to the moniker. For 2019, the Bushido II’s represent a modest update to one of their best-selling trail runners ever.

Updates include a new mesh upper, new, springier EVA midsole, rubberized toe guard and improvements to the TPU arch wrap. The outsole is the same and the last is also identical. It’s definitely one of those “if it ain’t broke, don’t fix it” kind of things. But, not having worn the original Bushido, I’m reviewing the Bushido II’s in isolation — just compared to the competition.

For me, the biggest story here is traction. The Impact Brake System aims to deliver both braking traction and acceleration and does so superbly. On all terrain, the traction remains planted and secure. When the trails get muddy, the treads do an admirable job of eschewing dirt and debris as well. Interestingly, the edges of the outsoles also feature treads to protect the foot from rocks and provide added traction. I didn’t ever feel as if I needed those sideways lugs, but did have a couple of unfortunate occasions where the side treads impacted my other ankle in stride. It was usually caused by uneven or unexpected terrain, bu it happened a couple of times.

Lacing the Bushido II’s up is pretty standard. The laces pull tight very evenly with the exception of the bottom edge of the triangular tongue padding, which sometimes hindered the laces. It’s easy to fine-tune your fit.

I’m not going to sugar coat it, but just know that these are a very traditional last and construction with a 19mm heel and 13mm toe, which translates into 6mm of very traditional-feeling drop. If you don’t know or care what that means, just know that the Bushido II’s are in line with what you’re likely wearing now. Low to zero-drop shoes are prevalent, but not for everyone. Personally, the Bushido II’s tend to feel a little ramped, but it does put the foot into an aggressive position.

Overall fit is narrow, so feel free to size up as you would with all running shoes. To get more wiggle room in the toebox, consider sizing up a full size instead of a half.

Trail protection aims more on the protective side, but not by much. There’s a decent amount of trail feel to help navigate the terrain and only the sharpest of rocks will be felt. Stability is great and overall support is as well. Cushioning is firm and responsive, so don’t expect a squishy ride — these are made to go fast.

Mountain Running is just what the La Sportiva Bushido II’s are made for. With excellent traction and a good trail feel, these trail runners will not let you know — no matter how far you venture. Overall stability and support is also noteworthy on these traditional-drop shoes.