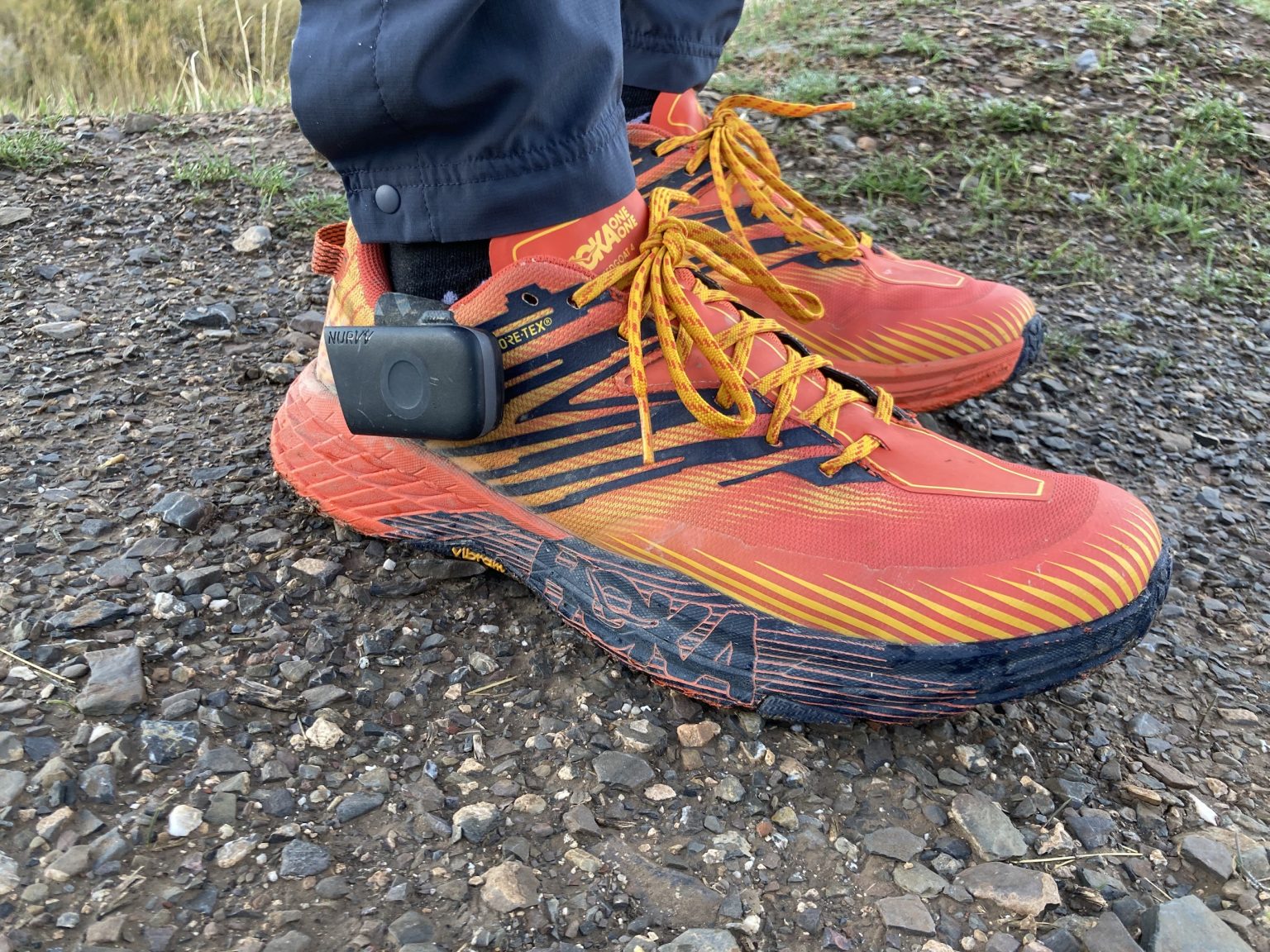 Optimizing your running performance and power output hasn’t always been measurable outside of a stopwatch. The tale of the tape is only a part of the picture, so Nurvv Run Smart Insoles are here to provide a host of actionable data that can be used to improve form, fitness and overall performance.

Do I really need shoe dongles?

With all the analytics that running or multi-sport watches provide these days, just what value do the Nurvv insoles provide outside of just being another shoe dongle? I was very curious to find out for myself — particularly for trail running (since that’s all I do). The install process was pretty straightforward and I was out running on them without too many issues at first.

The install process is pretty straightforward, actually. I had feared that the inserts would require trimming to my shoes, but they are sufficiently sized to fit without the need for trimming (if you get the right size). I wear a size 11 or 11.5 and went with the size XL inserts. No trimming and they fit quite nicely inside both test shoes.

Installation is pretty straightforward, but be sure to follow this procedure for easiest placement:

You’ll find that you may need to move the clip/velcro attachment fore or aft just slightly to make sure the ribbon sits as flat as possible in your shoe and against your feet. Make absolutely certain you wear long enough socks to fully cover the attachment band or you may have some fancy new blisters on the side of your feet.

Nurvv recommends powering the units on before attaching them, but I haven’t had any issues powering them on while attached. You just need to find the little square power button and they start blinking. The trackers are now ready for pairing with your phone running the Nurvv app. Note that you can do standalone workouts, which I ended up doing inadvertently during my runs (more on this later). That said, I always bring my phone along, so pairing the trackers with my phone is pretty natural.

I also have an Apple Watch Series 3, running Watch OS 8+ and unfortunately I couldn’t ever get it to pair with the trackers or the iPhone app. I tried several times and never got it to work. This was a bummer because real-time training is only useful when used with an Apple Watch. I’ll keep trying and post an update if I crack that nut.

I did end up pairing the heart rate signal from the Wahoo Rival watch to the Nurvv app so I could get at least get heart rate measurement going.

While the insole is only 1.2mm thick, it will require re-adjusting your laces and/or wearing thinner socks. I had to do that with both the Hoka One One Speedgoat 4 GTX and the Arc’teryx Norvan LD for all my testing. Trail running was all I used them for, so I can’t speak to how they work for pure road. Regardless of where I tested them, I can say that some of the metrics were both helpful and insightful.

I’ve always thought I was more of a midfoot striker because I gently allow the heel to “kiss” the ground before fully landing. My shoe wear also doesn’t indicate tell-tale signs of heel striking either. But, according to Nurvv, I’m definitely a heel-striker.

With that information at-hand, what am I to do with it? Well, Nurvv and most coaches will agree that you shouldn’t necessarily try to significantly modify your foot strike. That said, some minor tweaks to your foot strike can be achieved with some practice. Also, this information should influence your shoe buying decision or indicate injury. In my case, I’ve been experiencing left knee and hip tightness that has exacerbated my left foot’s heel strike. As you can see, it was significantly more prominent than my right foot on this particular run, but has improved as my hip has healed.

As I’ve continued to heal and focus a little more on my left foot, I’ve been able to maintain a closer foot strike to my right foot (~92% range). Getting these a little closer results in more even distribution of impact. I’m not  going to try and change this up much, but through continued training, I can get a better foot strike balance between each foot.

Pronation is another great metric that Nurvv Run provides. This is also helpful as I have very low arches. In years past, I have worn insoles or orthotics, but I have ditched them now for 8+ years. I shy away from minimalistic uppers because they lack proper support for my feet. Knowing that, the Nurvv Run does indicate that my pronation is pretty neutral (which I’m pretty stoked about for my overall structural health). I’ll definitely stick with shoes that have good structure for continued arch support.

A new-ish metric for running is power measurement. While I’ve used it extensively on the road, it’s actually kind of cool to measure for running. As you can see, I’m spending a bunch of time in Zone 1, which makes sense for the time of year we’re in. Mid-summer, I anticipate I’ll transition a little more into other zones as I’m in prime running shape.

Nurvv Run combines pronation, foot strike, cadence and step length together to determine your average balance. Overall, my balance is good, which is great news. Now to keep it up.

Honestly, the data provided is a lot to unpack. And, most of it is only valuable for occasional tune-ups. However, power measurement is something that’s desirable all the time to measure fitness and optimize training — particularly heading into racing season. As I looked back in time, my more intense training runs definitely showed a higher power distribution chart.

As with any new technology, there’s bound to be technical glitches. As mentioned, I can’t seem to get my Apple Watch paired up still (stay tuned there). But, I can also add that GPS acquisition and Tracker preparation times remains a serious downside for me. You’ll have to wait a good 30-45 seconds for everything to get ready and sometimes it would fail and require me to restart the app and the Tracker units. Most of the time that worked, but wasted minutes of time that I didn’t always have.

In addition, I’m pretty surprised at the inconsistent connectivity that the Trackers maintain with my iPhone. At the end of almost every single run, the Nurvv app had lost connection with the Trackers (that I waited several minutes to pair up). It seems like some work needs to be done to make this connection more fault-tolerant and allow re-connection, if needed. Because of this, you’ll want to keep the phone-free instructions handy because I used them almost every time.

Once it does sync, I have it sending data to Strava automatically. The problem with that is Nurvv passes that data in as a ride. Or, maybe they don’t explicitly indicate it is a run, so Strava defaults to a ride with ride-specific metrics. I have to go in every time and change that. It’s a simple fix, but Nurvv needs to eliminate this unnecessary step.

Since I was unable to get the Apple Watch App to work, I’m not sure if battery life is shown there, but I did have one run where the Trackers died due to dead batteries. Sadly, I only got 0.77 miles worth of data.

With the Nurvv Run, there’s a fair bit of information to unpack. I have only scratches the surface of what can be done and how I could train using Nurvv. For me, I like them as a confirmation of running health, but I would prefer not to use these on every run. The data from most running watches is just dandy for me to use on the daily. But, if training with power becomes even more enticing, I could see myself using these more and more.