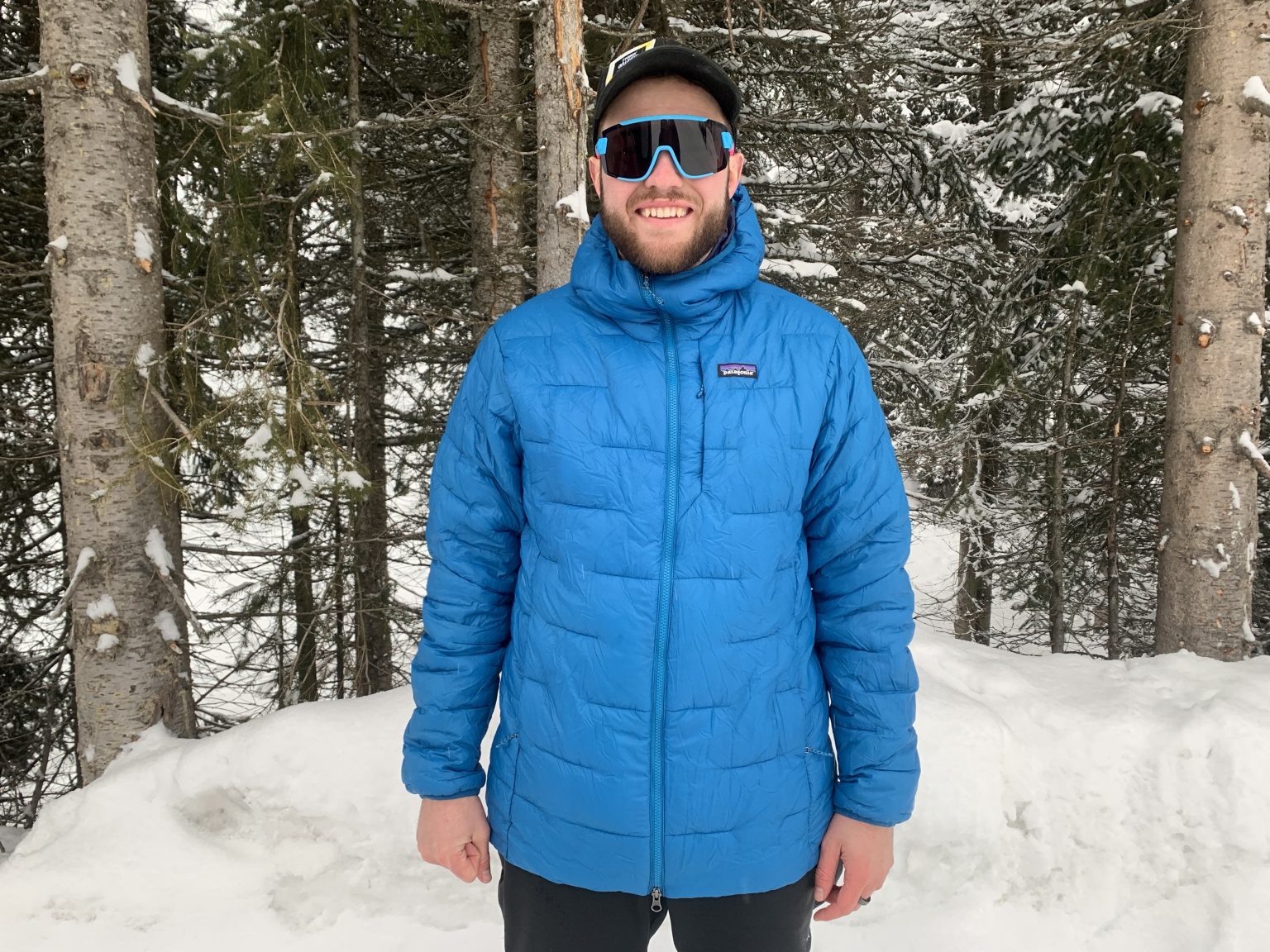 The jacket that I have worn the most since 2017 has been the Patagonia Micro Puff Hoody. I reviewed that bad boy and gave it good marks at the time, and it has stood the test in time. So, when Patagonia announced a ‘puffier’ version, the Macro Puff Hoody, I was profoundly interested. While it’s temping to do a direct comparison, this isn’t going to be a Micro Puff versus Macro Puff review because in reality they are very different jackets. Instead, let’s look at what makes the Macro Puff a good tool for the right situation.

Hunker down in the Macro Puff Hoody

I said earlier that the Micro Puff and the Macro Puff aren’t easy to compare each other to. The Micro Puff is basically a fancy synthetic puffy, albeit one that fits perfectly and is really really good at regulating your temperature. By contrast, the Macro Puff is a big, fat, dedicated belay puffy. I didn’t really appreciate that until it showed up on my doorstep and I tried it on – it’s huge, it’s long, it’s puffy, and it’s warm.

That warmth is provided by a really good synthetic insulation, the PlumaFill insulation proprietary to Patagonia. This is zoned so that there’s a heavier 135g weight in the core and a 90g weight in the hood and sleeves. Say what you will about advertising hype, but there is some serious R&D behind Patagonia’s PlumaFill. This article explains the 10-year process that culminated in PlumaFill, and the first jacket (the Micro Puff) that it was stitched into.

The promise of PlumaFill, like almost all synthetic insulations (except explicitly active insulators) is to replicate the performance of down, but with added water resistivity. You want an insulation that is light, ‘lofty’ so that it takes up a lot of space for relatively little weight penalty, and compresses easily. In my experience, it’s pretty easy to make bad synthetic insulation, and I’ve had lots of heavy-feeling, poorly compressing jackets in for testing. True to their promise, PlumaFill truly does feel exceptionally light, fluffy and down-like. It does compress really well too, although I try not to pack my synthetics too much since that does reduce their lifespan.

So the insulation is very important. Perhaps equally important is the unique stitching pattern Patagonia has employed on the Macro Puff Hoody. Stitching synthetic jackets is always a delicate balance of trying to keep the insulation in place while minimizing added weight and cold spots from the pinched insulation. The Macro Puff appears to have a series of ‘broken’ baffles that look like they shouldn’t work. Actually, they hold the insulation well and, crucially, cut down on cold spots. It’s visually interesting and performs well.

In actual practice, I was really pleased with how the Macro Puff performed in the field. It mostly accompanied me on backcountry ski trips, including a wonderfully memorable one in Canada that had us snowed in for five days straight as crews plowed the highway below us. The jacket mostly came out during transitions and descents on our most miserable days, and it was so cold that I couldn’t bring myself to ask my buddies to freeze their fingers off taking extra pictures for the reviews.

How did the jacket shine? There are a couple obvious things: it was very warm for its weight, and it blocked wind relatively well (more on that later). What I really loved about it, though, was how resilient it was. There were a few days when we were doing five transitions in a day, which meant a lot of on and off for the jacket. That meant a lot of exposure to the weather, and a lot of moisture on warmer days when the temperature hovered just below freezing and permitted a wetter snowfall. The jacket really shrugged off that moisture – I didn’t notice lost loft, and it still heated up quickly when I put it on. That’s a major boon for an insulating layer, and I would never have wanted to rely on a down garment in similar conditions.

The jacket is built as a belay jacket, and as such it emphasizes complete coverage. It has an exaggerated length, so it totally covers your butt and crotch. There’s a two-way zipper so you can belay from it comfortably. It also zips right up to your chin and makes an excellent, tight seal around your neck which makes it feel like a fortress. It’s not meant to be windproof, and I noticed some leakage through the (insulated) zipper track and the many seams that are necessary to create the baffling, although this is improved in comparison to a conventionally baffled puffy. The shell is a 10D nylon with a DWR, and the tight weave and chemical defense fends off moisture well.

The jacket doesn’t pack into a pocket – I’m fine with that, as tight compression tends to hurt synthetic insulation, although Patagonia does say that PlumaFill survived their tests to simulate long-term wear. Instead, they included a stuff sack which is pretty large.

The other features are really minimalist and hardly attract unnecessary attention. We’ve got zippered hand pocket and a chest pocket for stashing essentials. The hood is alpine helmet compatible and does secure nicely with a single adjustment, earning only praise from me. It also stays out of your peripheral vision well when cinched down. The hem adjustment gets pulled from within the hand pockets, which works really well to tighten but it is a little trickier to release tension than on the very best systems, which tend to be sewn-in buttons that lay flat which are more common in shells than puffies. There are also large internal dump pockets which is nice, plenty of room for your gloves or for tissues to cry into while you sit at a cold belay with graupel pelting you in the face.

When I started testing this jacket, I thought I’d get a warmer version of my beloved Micro Puff. I was wrong – this jacket is almost totally different in concept, although it builds on the excellent platform of the PlumaFill insulation and high-tech baffling pattern. This jacket is easy to recommend for anyone who needs serious warmth and protection for nasty mountain weather. Pair it with a good shell and, gear-wise, you will be as well-prepared as anyone who’s not wearing an expedition suit.