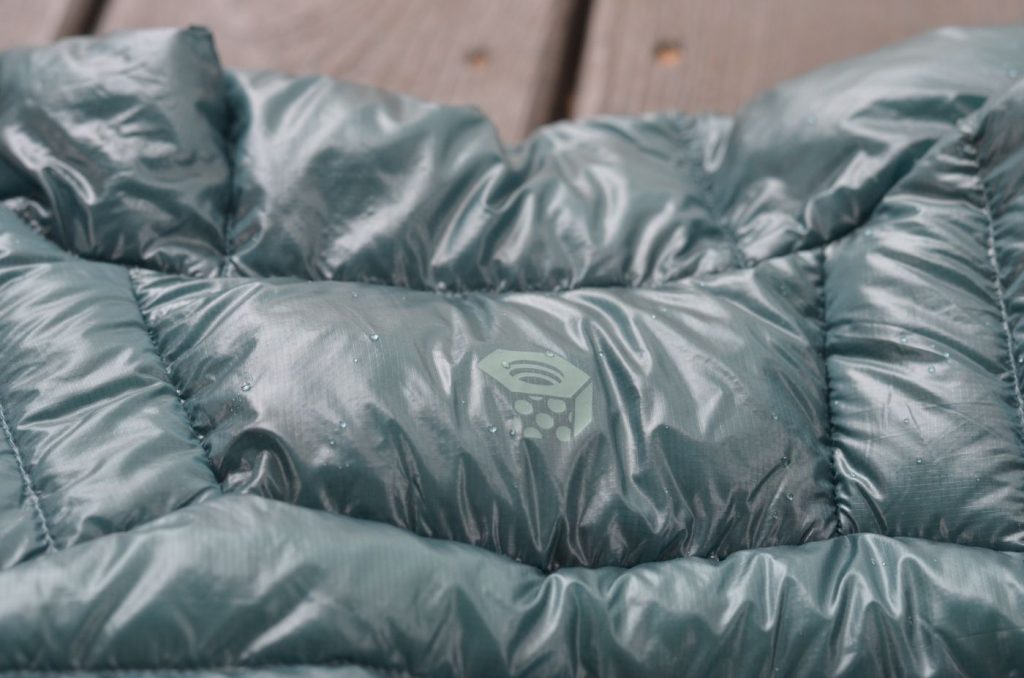 Back in 2013 I reviewed the original Mountain Hardwear Ghost Whisperer. At the time it was hailed as one of the best down jackets yet created, coupling an incredible warmth-to-weight ration with a full set of features. It was, at the time, the lightest ‘fully featured’ jacket on the market. Times have changed and one or two features of the new Ghost Whisperer have changed with them. The purpose of this piece is to report on the redesigned Ghost Whisperer while offering some long-term perspective on how ultralight jackets fare.

Super, but not superlative

As I mentioned, I reviewed the original Ghost Whisperer back in 2013 and I think it’s worth making some comments on how the jacket has held up. For one thing, it’s almost identical to the current version: the cut, which is quite roomy, is exactly the same. The only significant changes to the jacket are the fill power (it’s dropped to 800- from 850-fill) and the elastic on the cuffs has been integrated into the inside of the sleeve on the new jacket. Otherwise, the jacket has stayed very much the same over the last three years.

One of the mainstays has been Mountain Hardwear’s special 7D weave. When the jacket was released, the company touted the fact that only one mill in the world was producing such a fine weave. From the user’s point of view, this comes with several advantages. For one thing, it’s an insanely tight weave. This means that the fabric has a great deal of wind and water resistance naturally. For another, the fine fabric coupled with high-quality goose down means that there is virtually no down leakage. The obvious downside is that the fabric is delicate. My first Ghost Whisperer now boasts seven holes of various sizes, including one very significant one where I managed to rip the zipper out of the fabric. On the one hand, I work as a guide in the summers and the jacket gets used hard. On the other hand, it’s 7D fabric – we all know it’s not going to be the most durable thing in the world. Still, it’s light.

Another thing that’s been conserved over the years is the Q.Shield hydrophobic down that stuff the Ghost Whisperer. I’m still impressed with hydrophobic down in general, though over time it’s become apparent that washing these sorts of garments removes a lot of that hydrophobic coating. My solution is, basically, don’t wash down garments. I try only to do sweaty stuff in synthetic pieces and leave my down layers as pristine as possible. That works well for me. I’m a big fan of hydrophobic down. It’s not perfect, but when it’s combined with a good face fabric it can go a long way towards keeping you more comfortable out there.

It should be noted, too, that Mountain Hardwear dropped the fill power from 850+ fill down to 800. The result is that the jacket is heavier. How much heavier? Well, around 3% by my calculations. So instead of being a 7.2oz jacket, it’s at 7.6oz. Still a very manageable weight, and I haven’t seen a jacket surpass it and remain ‘fully featured.’ For reference, I’m 5’11” 185lbs and tested a Large. So the weight you see on a scale is for the Large version.

In all, the jacket is very pleasant to use and wear. It’s cut very generously and I recommend sizing down, but the elasticized hem helps keep the jacket seated well under a harness. The twin zippered hand pockets are quite roomy, and the one is perfectly sized as a stuff sack for the jacket. This also includes a little carabiner loop, and the Ghost Whisperer disappears if it’s on your harness. The hems have been redesigned and the elastic is now located along the inside of the final baffle, rather than being exposed on the end. It works well in terms of offering a seal, but won’t slide under a glove quite as easily.

After three years and substantial revisions, the Ghost Whisperer is still one of the most desirable puffies on the market today. The switch to 800-fill down and the corresponding weight gain hasn’t seemed to deter people. If you need warmth at a minimal weight penalty, there is probably no better down jacket.