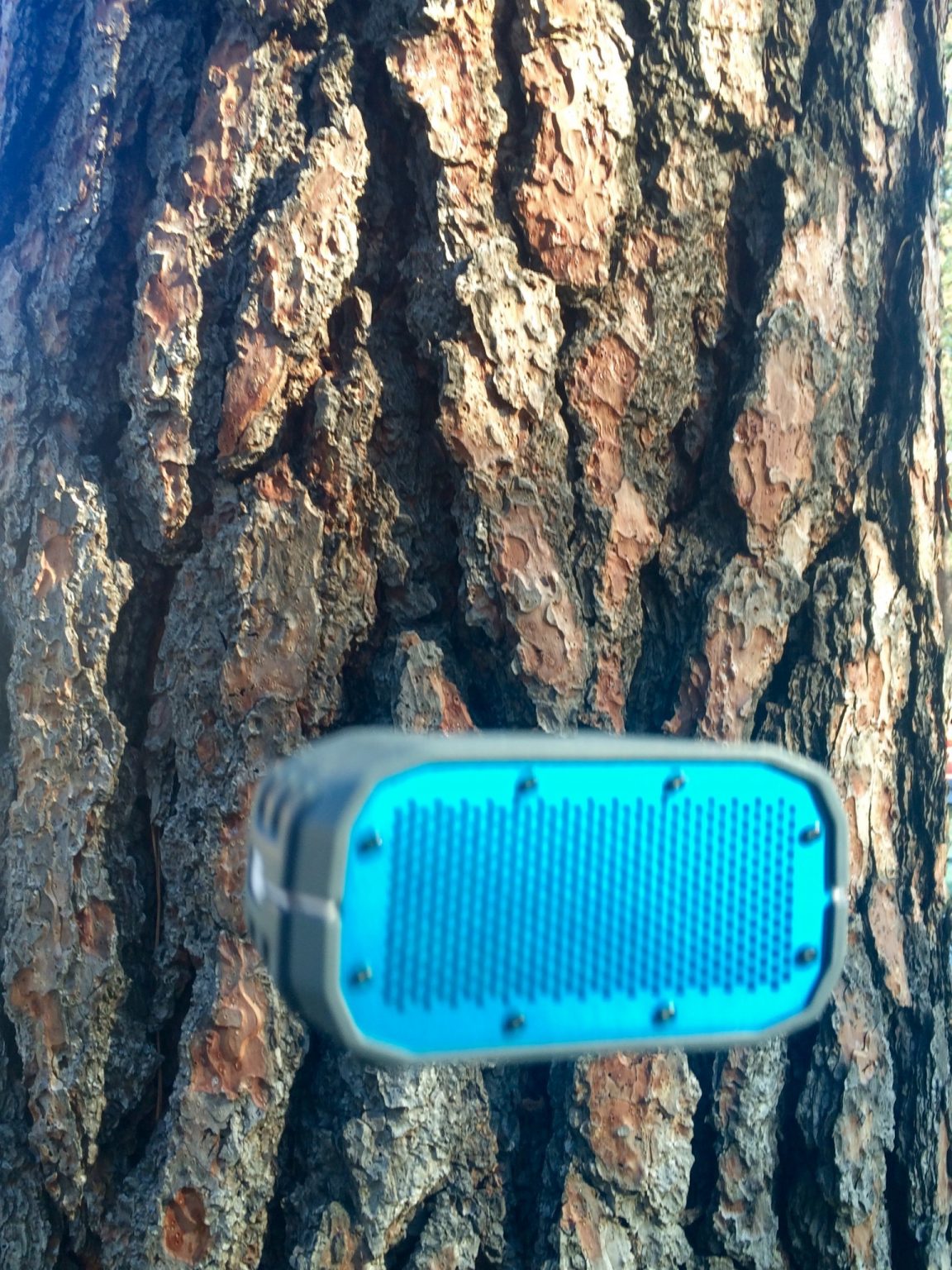 It isn’t often that Feed the Habit pours an entire year into a single product. Most manufacturers revamp their product lines so frequently that it’s just not a practical thing to do, but Braven knows better.  When a company produces a portable outdoor speaker that calls itself ‘durable,’ they know that they’re just asking for a beating.  With this mandate in mind I’ve spent a year with the Braven BRV-1.  The results?  Well, let me tell you… 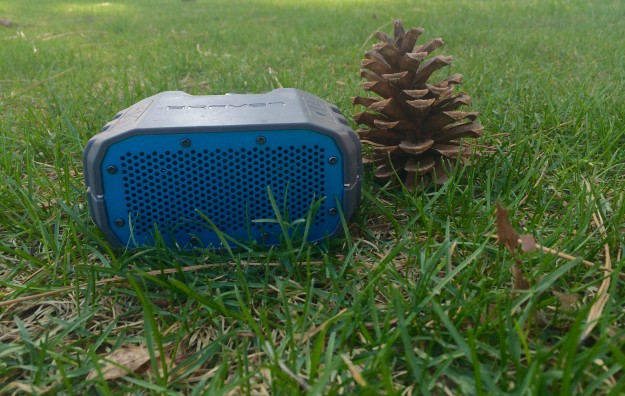 First of all, it’s probably important to acknowledge that Feed the Habit isn’t a tech blog.  We’re aimed at real outdoorspeople who need products that can keep up with their lifestyle.  So, I’m not going to go spec-crazy with this review but I’m going to share honestly about this small little speaker.  The last Bluetooth speaker that we covered was the Outdoor Technology Turtleshell 2.0: as the only benchmark that I’ll reference, let me just say that the BRV-1 is far superior.

The BRV-1 arrives with a micro-USB cord, an auxiliary cable and a camera strap style lanyard that can be threaded through the side of the speaker for ultimate safe keeping. The speaker features an anodized metal grille (which looks like new after a year, by the way) and a durable, pleasantly springy rubber body that just screams “DROP ME, I DARE YOU.”

Let it be said that I have dropped the BRV-1 many a time.  Sometimes onto rock.  Sometimes onto ice.  Sometimes onto tile.  Sometimes onto my big toe.  In all cases, the BRV-1 has gotten up, brushed itself off and, with a slightly punch-drunk shake of the head, has gotten back to swinging away at sonically-deprived outdoor adventures.  I’ve occasionally thought about dropping it off the local crag to see how it fares, but I like it too much. Plus, you can totally use that handy lanyard thing to clip into your PAS – so dropping it at the crag is just unrealistic, unless you’re a trad climber and don’t use a PAS.  Then you should know what you’re doing anyway.

‘Swinging’ was actually a pretty good metaphor. I don’t know if you’ve ever heard of Frank Sinatra, but he was a man that knew how to make things swing – be it hips or fat beats, Frank could get any old thing swinging. I mention this because many speakers the size of the BRV-1 are like a fat child in an old abandoned playground – that is, anathema to the swingset and a threat to the rusted bolts holding it together.  The BRV-1, though, is no such slouch – this thing pumps out some serious, surprisingly good audio.  The bass is full and, unlike other outdoor speakers I’ve played with, it doesn’t depend as heavily upon the surface that it’s resting on to produce good audio.  Mids and trebles are likewise clear – the horn section backing up Frank never has to struggle to make itself heard above the rhythm section.  That’s saying something.  Frank Sinatra was known for hiring a killer rhythm section for his ensembles. 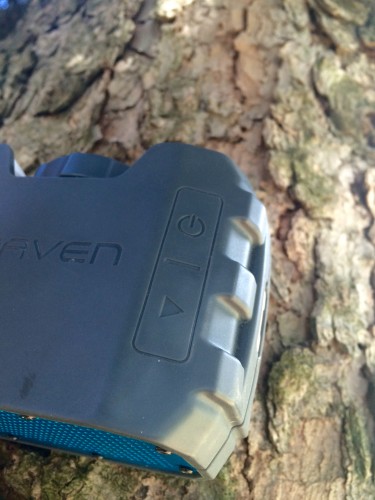 Let’s regroup really quickly. The BRV-1 sounds good and can be dropped on things.  That’s neat.  What else would I want to do to it?  Oh that’s right, use it as a fetch toy into an alpine lake for my loyal Corgi to chase.  I don’t know how to say this, but the fact that the BRV-1 has an IPX-7 rating and sounds as good as it does is something of a miracle to me.  Unlike many other portable outdoor speakers, you can actually submerge this puppy in up to a meter of water.  That’s three feet, ladies and gentleman. Theoretically you could toss it into the shallow section of a swimming pool and leave it there for thirty minutes while you practice your swan dive on the deep end.  That’s what IPX-7 means to you.

Beyond all this ‘performance’ junk, the BRV-1 also has the chutzpah to keep up on long days.  It does take quite a bit of time to fully charge (mine’s around four hours anymore) but that in turn blesses you with twelve hours of uninterrupted wireless playback. For you cinephiles out there, that means that you could watch Béla Tarr’s Sátántangó almost twice in a row while streaming the audio on your BRV-1. Mind you, if you don’t turn the battery off as you come and go for intermission then you’ll find that the BRV-1 does suck a little power while it’s not in use.  In simple English, that means that you ought to turn it off when you’re not using it rather than leaving it idle since I noticed diminished play times when the unit was left on over night and whatnot.

Pairing was my only quibble with the BRV-1.  I’m using an iPhone 5S and it often takes more than one try to connect to the speaker, especially if another unit was paired to the speaker while my phone’s back was turned. I often had to go through a complicated ritual of burnt offerings and forgetting the BRV-1 in my phone’s Bluetooth connectivity settings in order to achieve a pairing. If you’ve seen that one creepy scene in Avatar with the tail thing, you know how complicated this sort of thing can be. 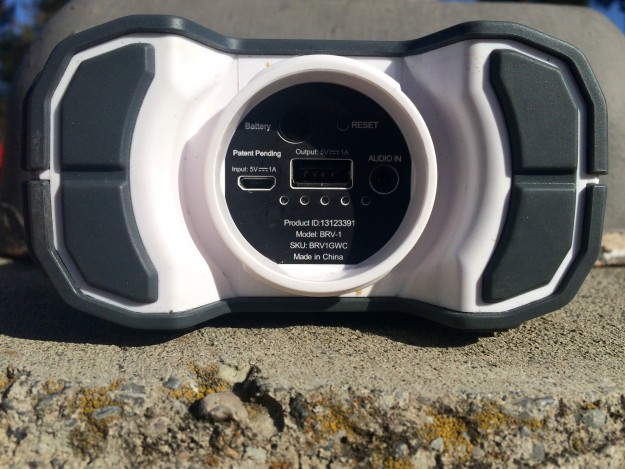 I’m really tempted to make one of those big statements like, “this is the best portable Bluetooth speaker you can by,” but I’ve already acknowledged that I’m not a tech pro.  Frankly, though, this speaker has surpassed my expectations for it over the course of the year.  As I type this it’s currently pumping out some sweet Patrick Watson and it’s telling that I chose to use the BRV-1 rather than playing over my household audio system.  It’s a speaker that doesn’t compromise, and, to be frank, I don’t quite understand how Braven is managing to offer them at just $99. If you like music and the outdoors, the BRV-1 wants your number.