The latest offering from SRAM is Red eTap AXS, but their reliable 1x mechanical shifting has long been the industry standard for mountain, gravel and cyclocross. We’ve tested and loved SRAM Force 1 in the past, but what about it’s younger sibling, SRAM Rival 1? 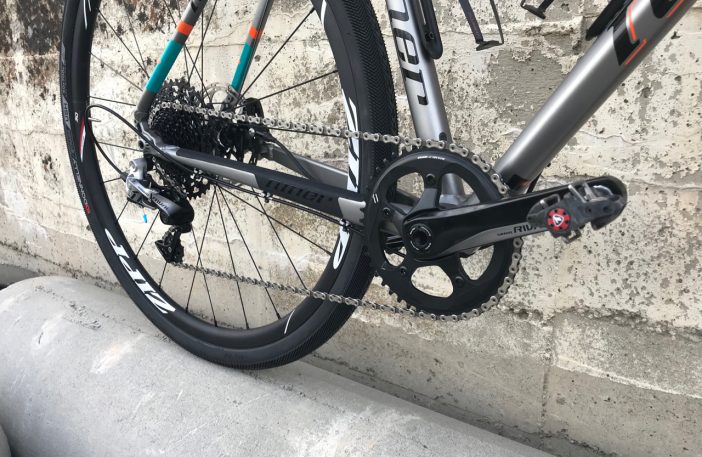 Going 1x is easy and affordable with SRAM Rival 1.

While SRAM is making waves with their new eTap AXS 12-speed groupset, they are not new to clutched rear derailleurs and wide-range gearing. 1×11 isn’t dead and, in fact, I’m sure SRAM will continue to sell boatloads of it (mechanical and electronic) into the foreseeable future as more and more gravel and adventure bikes come online. The truth is, most gravel cyclists will be completely satisfied with a full Rival 1x groupset.

When going SRAM 1x, one of the first decisions that must be made is whether or not to go with an XD rear cassette or not. Going XD requires a compatible rear hub (most should be compatible these days) and a slightly more expensive rear cassette. The biggest benefit to going XD is that ultra-small 10-tooth cog. Sticking with a standard cassette driver will only go as low as 11-tooth. That single tooth makes a big difference when spinning out on a descent, but it does come at a cost. For me, I stuck with a standard SRAM/Shimano freehub body on the Zipp 30 Course wheels and installed the SRAM PG-1130 11-42t cassette with a 44t X-Sync front chainring. Economical and plenty-wide gear ratio for my needs. 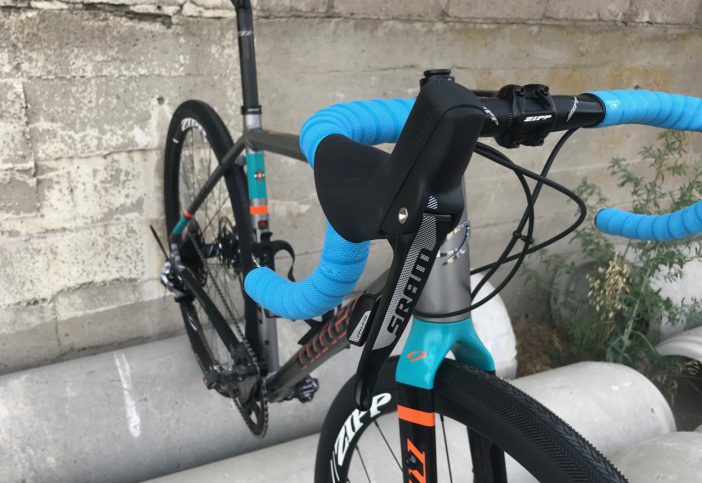 Though tall, the Rival 1 hoods are comfortable with ergonomic levers.

The resulting gear range is slightly lower than a compact crankset and 11-32t cassette on both the top and bottom gears. Had I gone with the more typical 42t front chainring, I would have achieved a 1:1 gear ratio that’s sought-after on the steepest of climbs. Should you opt for an XD driver, the resulting range (42t chainring with 10-42t cassette) would again best the low-range of a 2x and be slightly lower than the highest gear ratios. In short, you can have all the low gears you want and almost all the high gears — all with a 1x setup.

If you are building out your own Rival 1 or Force 1 group, you will have some choices to make. But, if the bike you’re buying is equipped with SRAM Rival 1, you can choose to tweak it to your needs and terrain. All testing of this build was done aboard the versatile Niner RLT 9 gravel bike. Just about any gravel bike on offer has some flavor of Rival 1 build kit, so don’t be shy… it’s good stuff. 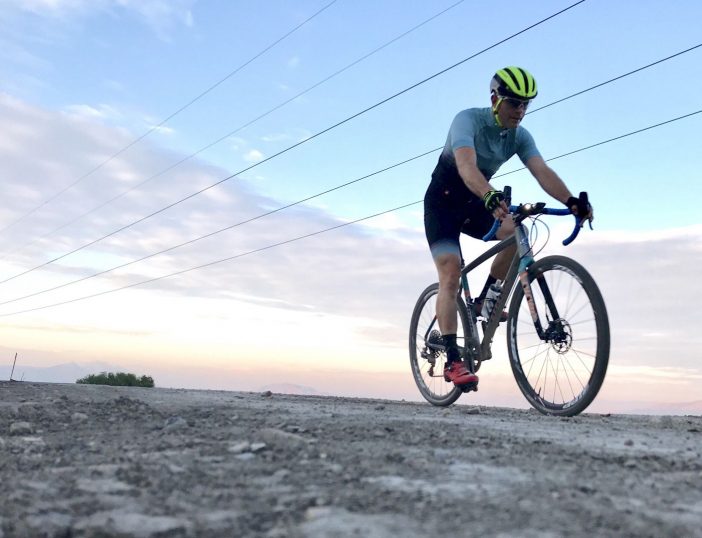 On the Niner RLT 9, the full SRAM Rival 1 groupset has performed flawlessly.

Performance on road and dirt

As expected, SRAM’s Rival 1 groupset just plain works. The guts of this system have been tested and proven for several years now with incremental refinements all along the way. I personally attended the SRAM Force 1 groupset launch in April 2015 and am very familiar with the guts and glory of SRAM’s 1x road drivetrains.  Reliability was a known quantity heading in, but my biggest questions were around my chosen gearing. Would it be too tall for my local trails or just right? How about on the road? Would I top it out or not?

Much of my testing was done along what’s called the Bonneville Shoreline Trail (BST), which follows the ancient shoreline of a lake that used to cover most of the western half of Utah and into Nevada. Surrounding communities have turned the shoreline into trails (some singletrack and others gravel or dirt roads). Luckily, the section of the BST near my house features about 10 miles of glorious gravel that can be easily-connected to another paved trail system called the Murdock Canal Trail.

I can then stitch these two trails together for a solid 50/50 ride of gravel and pavement. Not only is this loop a ton of fun, it’s also about 90% car-free, which makes it even better. The section below is about 14 total miles. Parts of the BST are pretty rough and choppy. And, the roughest sections are enough to rattle bottles right out of their cages, but the SRAM Rival 1 rear derailleur’s Roller Bearing Clutch and X-Sync chainring completely eliminate chain slap and dropped chains. It’s a lifesaver on chainstays and eliminates the dreaded chainslap cringe. 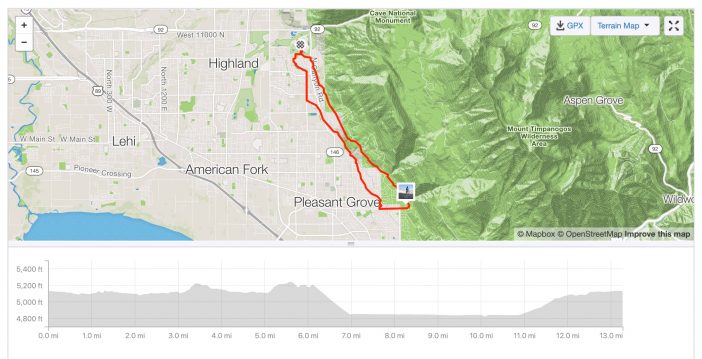 Under load, Rival 1 shifts smoothly and reliably — even all the way up to the large 42t cog. The majority of my riding was in the middle-part of the cassette and I only used the big cog on the gnarliest of climbs, like those two punchy teeth you see above. It’s no surprise here, but DoubleTap can be a tad sensitive when attempting to single-tap on rough terrain where you will occasionally get a two-fer unintentionally.

Overall, I love the simplicity of Rival 1 on both gravel and road. Yes, I can top it out on many road descents, but the low and mid-range gearing afforded by the economical SRAM PG-1130 11-42t cassette can’t be overlooked. 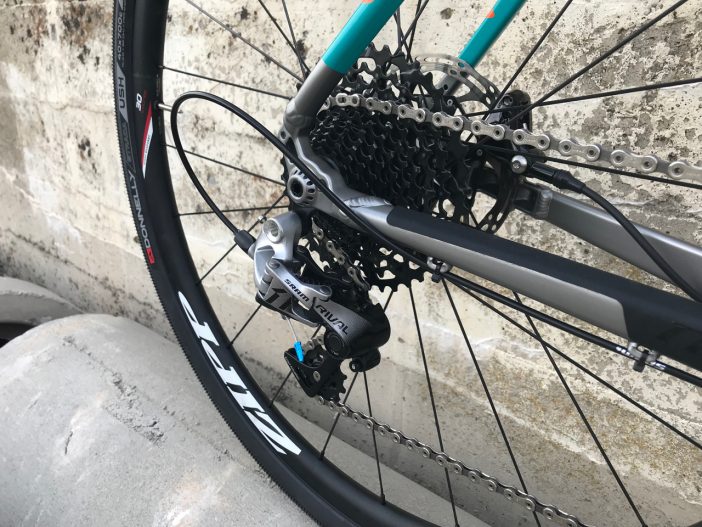 The brake hoods and levers are comfortable in-hand and feature the exact same shape as Red and Force mechanical. Yes, they are taller, but I quite like that added height as it removes any possibility of sliding off the front on rough descents in the hoods. One-finger braking is a breeze and all stopping has been consistently squeal-free and precise. During hard braking efforts, I do have to move my pinky out of the way of the lever to get a full squeeze. Most of the time I remember to do that, but sometimes I end up squishing that little guy. With 160mm rotors front and rear, I’m getting the greatest possible braking power and cooling. Yes, the hoods are a little tall, but that makes access to bleed ports and adjustments very easy.

Throughout hundreds of miles of testing, SRAM Rival 1 always performed without a hitch. Shifting has been consistently-reliable and smooth. I chose to maximize gear ratios without going to an XD driver and it turned out perfect for my terrain. If I had a ride or race planned with steeper ascents, I’d simply swap out my 44t with a 42t chainring (which is easily-done and shouldn’t require chain adjustments). Gravel bikes don’t have to be the lightest bikes in your quiver and Rival 1 delivers excellent reliability with only minimal weight increase over the industry-standard Force 1 kit.

Gravel bikes don't have to be the lightest bikes in your quiver and opting for SRAM Rival 1 will add a few grams, but you won't find a more reliable, fuss-free drivetrain for mixed-road riding. The clutched rear derailleur keeps the chain taut and X-Sync chainrings will ensure you never drop a chain. Depending on whether you go XD driver or not, the cassette options will vary, thus enabling you to get just the right gear ratios for your terrain.