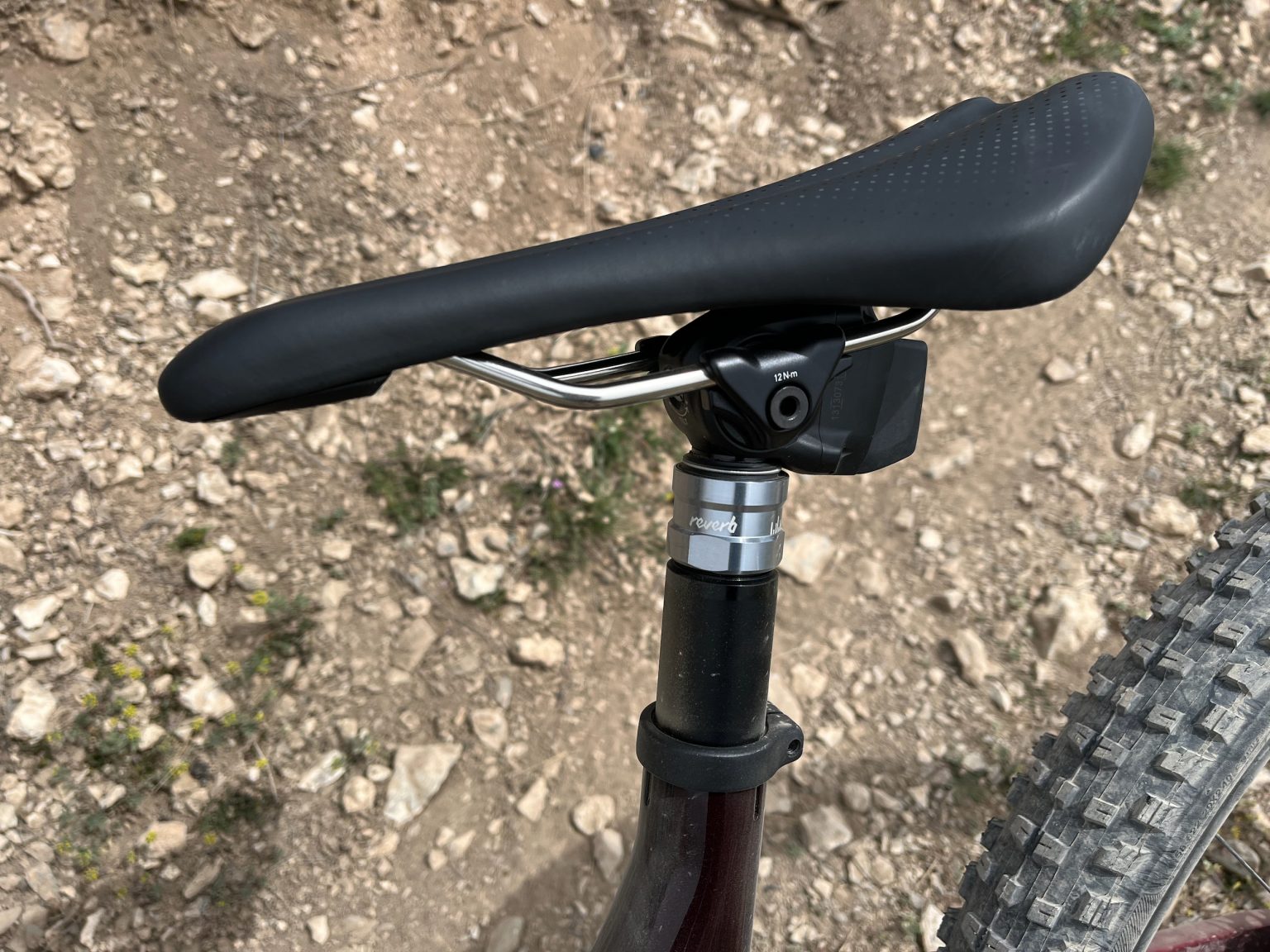 Droppers galore, but only one boasts wireless capability and that’s the RockShox Reverb AXS Dropper. Not only is it plug-and-play, without needing to run a hydraulic or cable line, but it’s reliable, fast and matches perfectly to the SRAM AXS platform.

Dropper posts have evolved a ton since they first hit the scene. Those first units featured a lever underneath the saddle, which was only moderately more useful than the old quick-release seatpost collar. Now, we’re talking hydraulic, wireless droppers with instant reaction time and drop-dead-simple installation. The RockShox Reverb AXS Dropper is the perfect companion to any SRAM AXS drivetrain.

Last year, I reviewed the SRAM GX Eagle AXS Upgrade Kit and had it mounted with a standard dropper post. The disparity between the feel of electronic shifting with a hydraulic dropper just felt odd. But, as expected, the full SRAM XX1 Eagle AXS drivetrain and RockShox Reverb AXS Dropper has been the perfect match aboard the Trek Top Fuel 9.9 XX1 AXS. With a click, click I’ve got everything shifting and dropping with absolute precision.

After 5 months of repeated use, the Reverb AXS Dropper feels and functions like it was brand new. I have not yet needed to adjust air pressure nor service it in any way. It simply drops smoothly and raises at the perfect velocity. On any given ride, I raise or lower the saddle hundreds of times. I maximize every drop and climb and the Reverb AXS is a willing partner. On top of that, it also sips battery; with only a single battery change after 4 months. The battery has remained secure and out-of-the-way.

Compared to most hydraulic or cable-actuated posts, the Reverb AXS offers instant response. Compared with other droppers, I use it much more because of that and I’m able to maximize my climbing and descending efforts — no matter how short.

It’s easy to pair the Reverb AXS with the controller and with the SRAM AXS mobile app. In addition, checking the battery is a breeze as I would tap the AXS button every other ride just to be sure. Green means go. The wireless controller features a large paddle that’s easy to hit when needed. I never once had any issues with the responsiveness of the paddle, nor the responsiveness of the post — it’s instant.

If you are installing this aftermarket, you’ll have to be sure and calculate the necessary seatpost length, based on your saddle height and seat tube length. Keep in mind that not all frames will accept the 170mm travel model. At 150mm travel, I had no issues with the saddle getting out of the way.  There is absolutely no play in the stanchion whatsoever. When locked, the Reverb AXS feels as solid as a fixed seat post.

Sizing: Depending on your frame and saddle height, you’ll need to choose your length and travel wisely. I have a 30″ saddle height and the 440mm gave me enough insertion length on the M/L Top Fuel with a 43.5cm seat tube.

Paired with the SRAM AXS ecosystem, the RockShox Reverb AXS Dropper is a logical companion. With the large button on the controller, it’s easy to tap — no matter how rough the terrain is. Every tap responds in a jiffy to get the saddle out of your way or back in place for efficient climbing. I’ve had no issues with the performance after significant testing and it works just as smoothly as it did on day one.