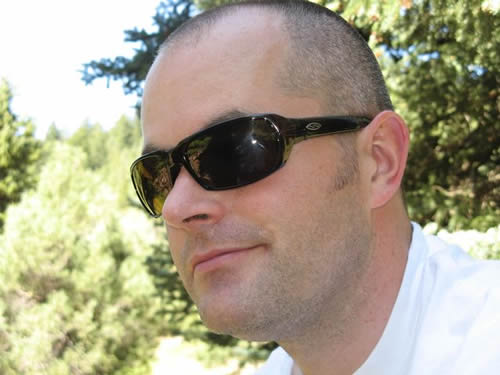 I’ve always been a big believer in high-quality sunglasses. The thought of wearing a pair of cheap, gas station sunglasses makes me question if they will make me go cross-eyed or if they will end up ruining my vision all together. Thankfully, the crew at Smith Optics has been one of the leaders in sunglass technology for years, but are not content with the same old designs. With a laser focus on optics and anything that is a natural extension of optics (e.g. ski helmets), Smith continues to drive entirely new designs in eyewear.

The newly-introduced Smith Trace is a part of the all-new Interlock interchangeable lens platform. The Interlock allows you to quickly and easily swap out lenses, but the process for doing so is completely different from the much-lauded Slider Series. Where the Slider lenses ended up getting scratched and manhandled from the twisting entry, the Interlock design minimizes the potential for lens scratching and smudges by changing to a straight in and out process. 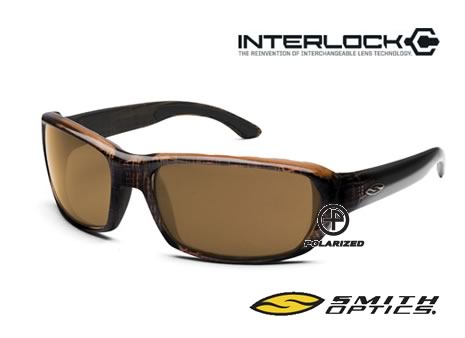 About the Smith Trace Interlock

The Trace interlock glasses are billed as versatile, all-around specs for both casual and fast-paced adventures. The overall fit is “medium”, which adds to the versatility–they are far from J. Lo. in size.

The Trace is available in three basic colors; black, black fade and wood tortoise (tested). Not a huge variety, but I assume more colors will follow. Lens options are various… 14 different tints are available in the lightweight carbonic lens material used in both standard and polarized versions. Smith’s proprietary TLT Optics are used on all lenses to achieve true distortion-free vision in all directions.

Most importantly and innovative with the new design is the Interlock lens system. When Smith pioneered interchangeable lenses with the Slider 01, the game completely changed as people demanded more from a single pair of sunglasses. I know I loved being able to go from super-chill Bono yellow for a night out and then switch to a classic smoke lens for a bright day on the slopes the next morning. I was in heaven and so was Smith. However, with success came copy-cats with nearly everyone introducing their own type of interchangeable lens system.

Smith is certainly not abandoning the Slider line with the introduction of the Interlock, just simply upping the ante and providing a new system for consumers looking for the best available eyewear technology.

Where the Slider series lenses either slide or pivot in and out, the Interlock sports a new process. A twist of either arm and the frame opens up about 1/8-inch–just enough to gently pop the lens in or out. Then, with a quick twist of the arm back into position, the lenses are secure and ready for the show.

After a chat with Chopper at Smith, he suggested I give the Trace the beat-down as my MTB sunglasses of choice. Eager to give the new Interlock system a whirl, and trusting the Chop to know the right glasses for trail riding, I quickly obliged. Over the next month, I would use them mountain biking, hiking and trail running to see how they worked in a variety of conditions.

Out of the box, I started to question whether these glasses would be the best choice for mountain biking since they didn’t have grippy rubber nose pieces and they seemed a bit bulky. However, the weight was reasonable and they fit snug on my noggin. I must have just the right size head for these as they fit perfectly and didn’t squeeze my brain as some new glasses tend to do.

I initially set them up with the polarized lenses. Being a polarized newbie, I was amazed as I hiked past a small pond in Utah’s Uinta Mountains. No glare and clear vision right to the bottom. I had to do the on/off trick a few times to show just how much of a difference the polarized lens makes. But, after using them driving a few times, I decided that the polarized lenses were best for water sports as I got a nifty rainbow effect out of the corner of my eye due to the window tinting in my car. And, I couldn’t see the stereo screen or my cell phone screen so well either.

A quick swap to the more versatile Ignitor lens yielded better results in all conditions. These lenses are perfect for all-around use and in a variety of activities. The clarity of the lenses are outstanding with zero distortion in all viewing angles.

My concerns with the lack of rubberized nose pads were quickly put to rest as I felt absolutely no slippage–even under the two-day sweaty beat-down at Bootleg Canyon, NV during the Interbike Outdoor Demo. They simply stayed put no matter how much I perspired.

The only real negative aspect I saw mountain biking was that the frame width is a little thicker than is ideal. It would be nice to have a little thinner width frames, but with that comes durability issues, so I’ll take a littler thicker frames if it means they can better take the abuse. I did have them fog up on me as I bent down to pump my tires up, but a couple of pedal strokes back into things and they cleared right up. Kudos on proper airflow to eliminate the fog machine-effect.

Being a big fan of the Slider Series, I was hesitant with the Interlock. However, after some use, I’m sold on the positive aspects of the Trace Interlock. Lens changes are much quicker an easier and scratches will be reduced. The Trace is a great option for all-around use. There are better choices for dedicated cycling use, but the looks and options of the Trace are unsurpassed for an all-conditions pair of sunglasses. MSRP is $139.