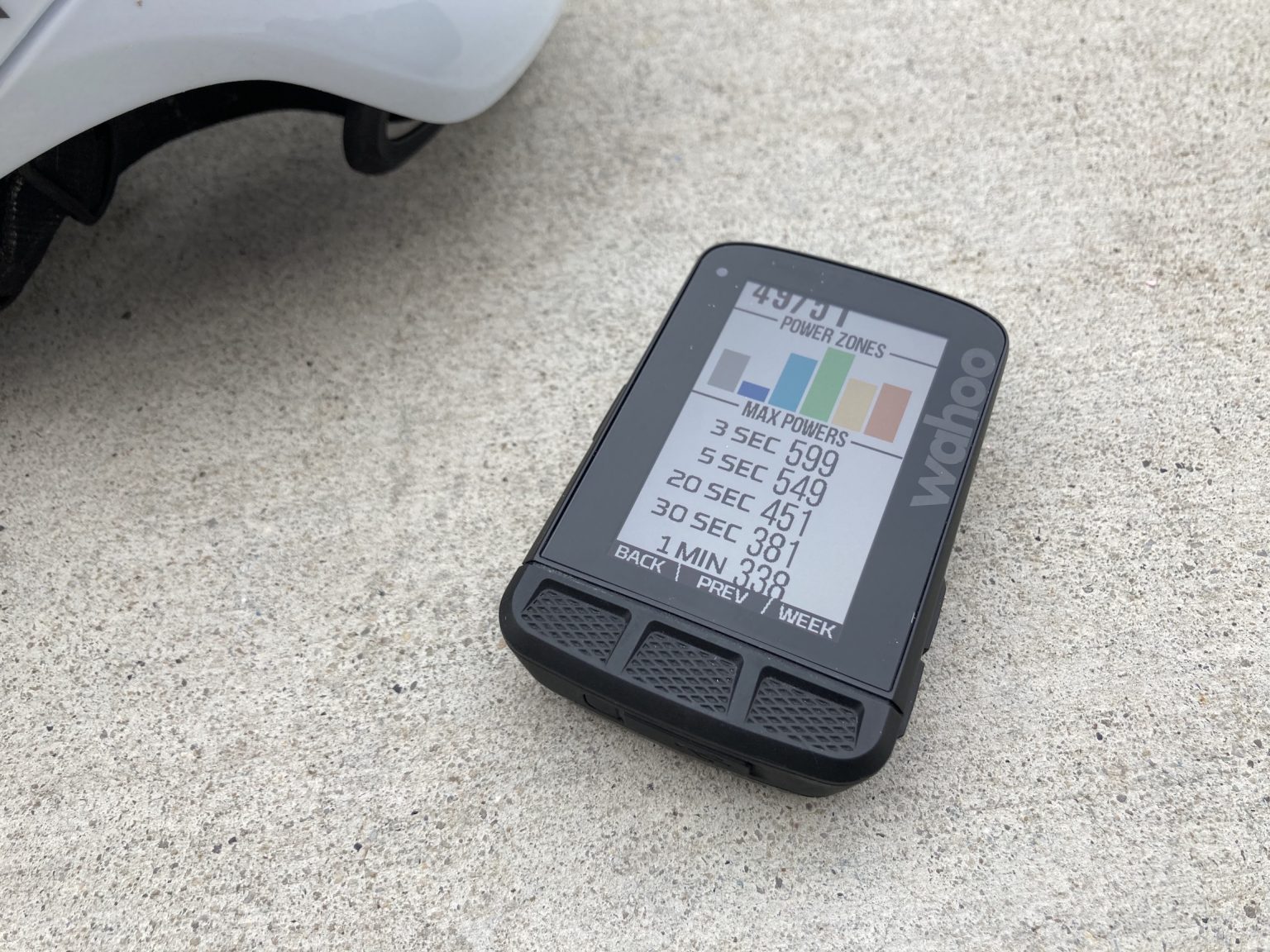 Wahoo is on a roll. In my testing of the ELEMNT BOLT and now the ROAM, I’ve had nothing but consistency — quick satellite tracking, accurate data capture and simple configuration. But, the ROAM takes that one step further with a 2.7″ selective color display that shines brightly even in direct sunlight. This powerhouse cycling computer sets the standard for usability and remains a “must have” for data junkies. 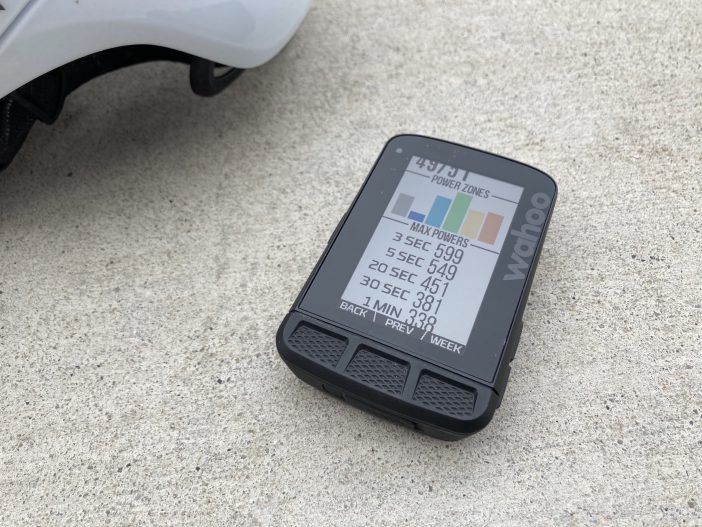 Cyclists these days are data hungry. Marginal gains are measured in watts, BPM, TSS, RPM, segments and a number of other acronyms. We clamor for bikes that are 10% stiffer and 5% more aerodynamic and tires that have less rolling resistance. To measure those gains, you need the proper device. I’m pretty confident that the right device for the job is the Wahoo ELEMNT ROAM. With the best connectivity, ease-of-use, screen visibility and size, the ROAM is the data junkie’s dream.

I have used the ELEMNT BOLT for several years now and it’s definitely the best all-round cycling computer on the market, but its screen is small and lacks visual color pop. The ELEMNT ROAM steps up with a large display that’s covered entirely by bombproof Gorilla Glass. With that, it’s easy to see all the data points you want with crystal clear clarity.

A great feature of the ROAM is the built-in ambient light sensor. With it, the bright screen dims appropriately when entering a tunnel, for example (which happens a lot on the local bike path). In addition, the screen isn’t a full-color unit. It features selective highlights to call attention to data, waypoints or maps. Both of those features make for the most visible bike computer display I’ve used.

Most of my ROAM use has been on local tracks, so utilizing the turn-by-turn directions hasn’t been a big hit (yet). I did load some routes while out in Oklahoma City last Christmas, but the gravel roads out there are big country square miles, so getting lost would require a special kind of direction loss. That said, adding routes is quick and painless.

So, the screen is bigger and it does more things, but all that is for naught if the device isn’t user-friendly. Honestly, this is where Wahoo shines. In a modern mobile world, Wahoo made the right choice when going with embedded Android as the guts of their cycling computers. Others use archaic flavors of Unix or other clunky embedded operating systems and it shows. The experience with the ROAM and BOLT feels Apple-esque (which is funny since it’s really Android).

Tops on this list of user experience is the companion mobile app. This app allows you to quickly apply firmware updates, sync settings, add routes and otherwise interact with the ROAM. What’s nice is you can also do much of that same stuff on the device itself using the intuitive menus. But, again, the mobile app is best used for heavy lifting, like changing screen layouts, applying firmware updates and such.

Since the ROAM both connects to my phone via Bluetooth and my home/office networks via WiFi, I don’t need to use the app on a regular basis. Once I stop my rides at home, it locks onto the local network and syncs everything to Strava. If I’m away from home or the office, it does the same thing via Bluetooth.

My one caveat to the otherwise impeccable user experience is that Bluetooth connection. Now, we all know that Bluetooth can be problematic, so it hasn’t surprised me that the ride files have been finicky to sync a handful of times over the past year when solely using the Bluetooth connection. It was primarily with my older, iPhone 7, but the new SE has proven more reliable. Oftentimes, killing the mobile app and re-starting it has solved these issues.

The buttons on the side and front of the unit are all clearly-labeled and intuitive. Not once have I had to refer to the user’s manual to manipulate the on-device settings. For some reason, however, the three front buttons are much more difficult to use than those found on the BOLT. They are really difficult to press when wearing full-finger gloves and usually require a pointy fingernail to depress them.

I love that the chosen screens can be zoomed in/out. I put “nice to have” data at the bottom of some screens and only show it when needed by tapping the up/down buttons on the right side. The only thing I miss about some of the layouts is the ability to designate the width and height of data points. Data-only page layouts just get the same size cells for each metric (with the exception of the uppermost one or any natural multi-column graphs). Other units offer that functionality, but their management interfaces are much less desirable. I’ll take the ease-of-use tradeoff here.

Now, back to the screen. With this unit, you’re going to want to have multiple data sources piping in. And, honestly, one of those should absolutely be a power meter. If you don’t have incoming power data, you’re missing out on some of the best features here. I like to use the LED’s to display power zones as well as use Wahoo’s built-in power analysis tools during and after rides. I also have both eTap and Di2 data flowing in for shifting information.

If you don’t have a power meter, the ROAM is still nice, but it’s akin to having a Ferrari as your grocery getter. Yeah, you can do it, but why?

That said, if you don’t have a power meter (I’ve connected both Pioneer and Quarq), you can affordably bring in the new Wahoo TICKR or RPM cadence sensor as your data sources to feed the ROAM the data it deserves.

Throughout my time with the ROAM, I have used it aboard the 3T Exploro AXS Mullet, Open UPPER AXS, Argon 18 Dark Matter GRX and the Factor O2 Disc. The first two featured Quarq D-Zero power meters and eTap AXS drivetrains, the third was powerless and the fourth had a Stages LR Power Meter and Ultegra Di2. Again… you’re gonna want to have as much data flowing in as you possibly can.

Connecting to and receiving data from any supported ANT+ or Bluetooth device has been a breeze. It locks on and provides data quickly and reliably every time. I have several other cycling computers that just collect dust because I really only use the ROAM or BOLT since they are so darn reliable, intuitive and easy-to-use.

Like any piece of electronics, I’m only touching the surface with all the things that the ELEMNT ROAM can do. For me, the simplicity of manipulating the settings and on-screen layouts with the companion app is money. Other cycling computers require sacrificial offerings to customize or apply firmware updates. I can do all those things with my phone or on the device (which should come standard at this point).