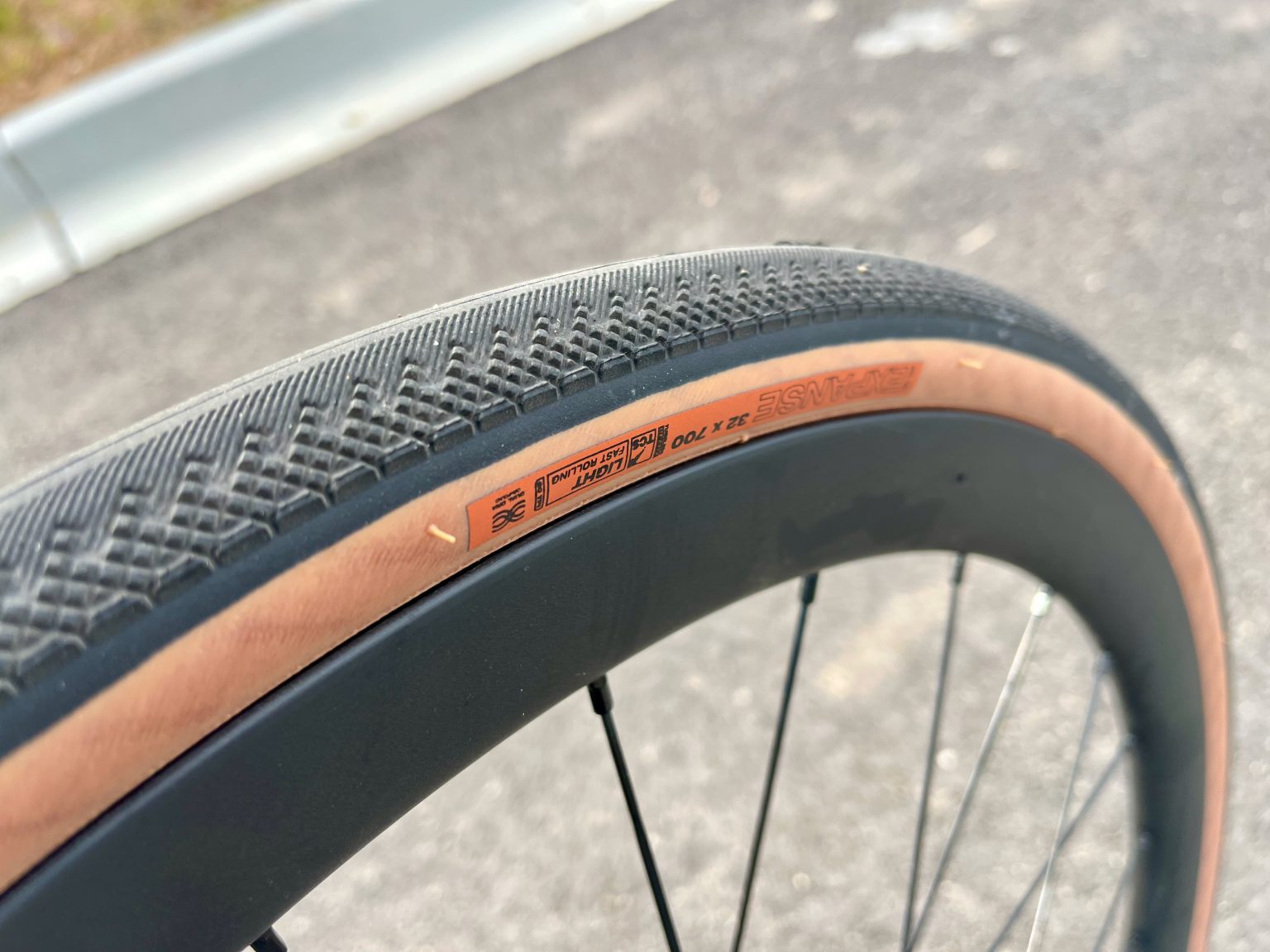 In case you haven’t heard, 32mm is the new 28mm tire. With disc brakes and updated frame clearances, if a road bike can’t accept at least a 32mm tire, it’s dead to me. Yes, that eliminates some race bikes, but it encompasses the vast majority of bikes on the market. WTB has been at the forefront of adventure tires since the category existed and the WTB Expanse 32 TCS tires offer tons of versatility for modern road and light gravel use.

Narrow tires have had their day in the sun. Now, it’s time for wider road and all-road tires to move into the spotlight and many of them will look a lot like the WTB Expanse 32 tires. That fast center tread moves outward with a file tread, followed by low-knobbies to deliver traction in rough terrain. Throughout the summer, the BMC Roadmachine X ONE has been my only “road bike” and the Expanse 32’s have tested well on all my local rides as well as a few days on the Washington coast.

Like all tires, the stated widths should be taken somewhat lightly. Of course, a 32mm tire will measure in that ballpark, just like a 25mm tire does. But, inner rim widths and tire stretching plays a part in that as well. Aboard the BMC CRD-321 Carbon Wheelset, which features a 21mm inner width, the Expanse 32’s settled in a whisker shy of 34mm wide. Most modern road bikes have at least 32mm stated clearance, but keep that extra millimeter in mind should you install them on a race bike with tighter clearances.

Something else to note here if you are questioning aerodynamics with a 34mm wide tire. Of course, it will increase the drag coefficient of your tire and rim’s leading edge, but you wouldn’t be extremely concerned about that if you’re in the market for these tires. Honestly, I found them to handle well in crosswinds and while I may have lost a little bit of straight-on aerodynamics, I’m not too concerned. For me, where it really counts is rolling efficiency and this tire/wheel combo rolls extremely well. In my standard roll-to-stop tests, the Expanse 32’s on the BMC 321’s rolled as far as some of the best wheel/tire combos I’ve tried. I know it seems crazy, but it’s true.

Out on the road, you’ll be pleasantly surprised at the supple feel of these tires, which yields awesome grip and a comfortable ride. With this tire/wheel combo, running tubeless, I was running between 50-60 psi. My go-to was 55 front and 58 rear, but I lowered it a little on wet rides. I’m sure I could have even ran lower pressures, but I was satisfied with the overall performance.

Along the Washington coast, I had some soggy mornings and wet roads. I was so grateful to have the added traction that the WTB Expanse 32’s provide. Cornering grip was always solid and overall traction remained intact during standing efforts on steep climbs. With the file treads, water can push outwards much better than traditional slicks.

On dry roads, traction is also steady and predictable. I can roll into corners with confidence and not worry as much about debris on the road. On narrow roads, I have been forced to dodge traffic and hopped onto gravel shoulders without a worry — try that with a set of 25mm road tires.

Wear has been great with very little to speak of after 400 miles. The Orange Seal tire sealant has done well seating the tires and I haven’t had even a puncture. I distinctly recall pulling a few goatheads from the treads, but none of them penetrated the casing. Air loss is great too as I will typically lose about 5 psi after a couple of days.

Tire presssure: Running tubeless, at my 173 lb weight, I’ve been riding these typically at 55psi front and 58 psi rear.

I’m loving that 30-32mm tires are the new normal across all road bikes. And, if your frame can fit them, these will expand the capabilities of your road bike even further. While I wouldn’t call these a straight-up gravel tire, you could dabble in smooth gravel surfaces, if the opportunity arises. I love the wet weather performance they afford and have found the Expanse 32’s to quickly roll along when pushed. WTB has aptly named these “adventure road” tires, and you won’t be let down when using them in ways that would overwhelm standard road treads.