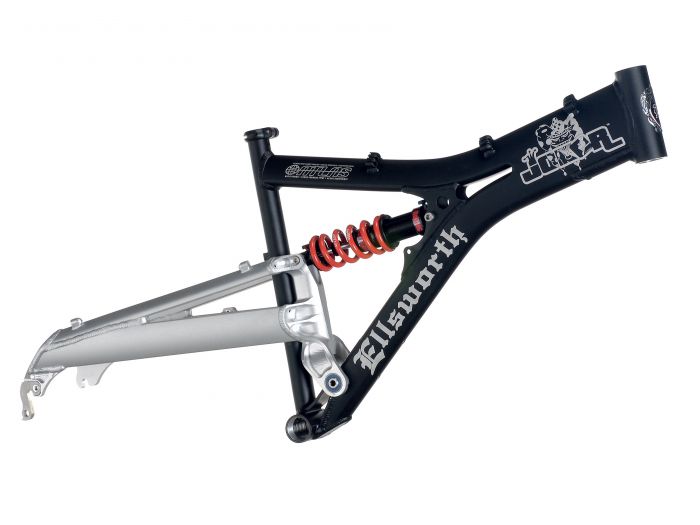 This year, Ellsworth scrapped the Aeon brand for their single-pivot sister bikes: Joker and Isis. Both the Joker and the Isis are now officially Ellsworth bikes. The Joker competes directly with the Santa Cruz Bullit in the big hit, single-pivot market — where it excels is in its stiffness and surprisingly light weight.

The single-pivot design uses what’s called Anti-Torsion, Lower forward pivot, Active Suspension or ATLAS. The Anti-Torsion refers to the beefed up swingarm pivot that eliminates any torsional movement. The Lower forward pivot is where the pivot is located, thus finding what Ellsworth feels is the ultimate placement for overall pedaling efficiency. And the Active Suspension refers, well, to the fact that the suspension is active throughout all types of riding — a typical downside of single-pivot bikes.

Overall, the bike simply looks burly and ready for anything you can throw its way. With 6-inches of rear travel that Ellsworth claims mimics their ICT suspension (found on the Truth, Id and Dare) so well, that you can hardly tell them apart. Honestly, I can neither confirm nor deny that claim with the limited saddle-time I had on the Joker. 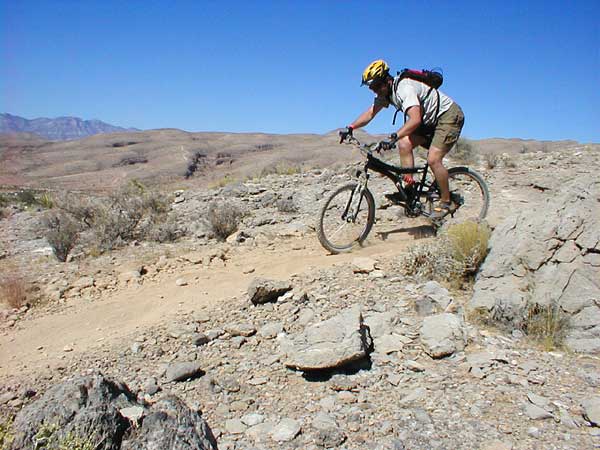 Ellsworth Joker Review – On The Trail

I rode the Joker on limited terrain and found the ride quite capable and smooth. I like having a plush 6-inches of travel in the rear, but the Manitou Black was disappointing with this frame. As were the V brakes which were extremely underpowered for a bike with this much speed potential. I nearly scared myself to death carrying speed, only to find that I couldn’t stop.

For the love of Pete… if you buy this bike, do yourself a favor and get a Marzocchi Z1 QR20 or a triple-crown and slap hydraulics on there.

The good thing about this bike as equipped was its extremely light weight for the overall package. I think it tipped the scales in the low 30 lb. area — a weight unthinkable for a bike with 6-inches of travel.

The Joker tracked well and screamed for more speed. The rear-end is so stiff and tracks so well, you’d almost believe you were riding a hard-tail. Thank goodness you’re not because you wouldn’t be nearly as happy as you would with the Joker.

The Bottom Line on the Ellsworth Joker

From my perspective, this bike is most likely one of the best values in the big hit freeride market. A custom Ellsworth frameset for as little as $1295! That’s not a bad deal considering what you’re getting.

The only other competition with this bike is the Bullit from Santa Cruz. Ellsworth claims their ATLAS rear-end is much stiffer than the Bullit with a lighter weight. I’ll agree on the lighter weight, and as far as stiffness goes, I can say that I didn’t notice any flex at all.

I really like this bike and enjoy how it rides. It is a great value and the ONLY option for a rider looking for a high-zoot, bomber frameset while still being able to afford this month’s rent.