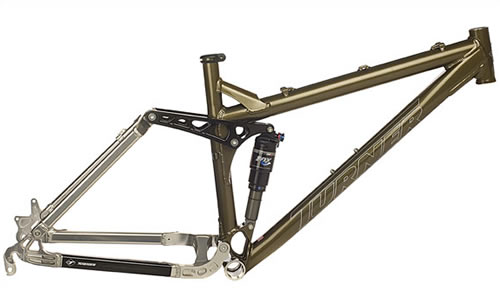 Turner’s attention to quality is evident with beautiful welds and immaculate paint quality. The addition of grease ports at all pivot points eases pivot maintenance and prolongs the natural life of the surprisingly-supple bushings. Naturally, this kind of attention to quality does come with its price–you have to wait. The fabled “Turner wait” is real, but for the RFX, it’s well worth the 6-10 week wait.

The 2002 Turner RFX can be configured with either a 5 or 6-inch rocker and plenty of color combinations to suit your taste. All Turners come with Fox Racing shocks standard and offer a Romic option. The Horst-link design with the vertical shock mount promises an efficient and bob-free suspension design… even with up to 6-inches of active travel.

Prior to buying the RFX, I asked David Turner what he thought this bike would ride like with a 2002 Marzocchi Super T (170mm) up front. He said it would be “the best pedaling big bike you’ll ever ride.” Dave wasn’t kidding!

The RFX is no lightweight. The frame alone hits the scales at over 8 lbs. That said, the bike weighs right about 40 lbs. as spec’d (I haven’t officially weighed it). Dressed with a Marzocchi Super T and standard freeride components, this bike just screamed for the next shuttle ride.

Admittedly, until I took my first ride, I was skeptical of how well it would climb with all that travel and heft.

Turner RFX Review – On the Trail

My first ride was an easy 30-minute climb and a fast descent. I immediately raved to my buddy, “look at this…it doesn’t bob AT ALL!” I was floored that a bike with so much travel could climb with the best of them. This rear suspension design has proven itself to be solid, stiff and ultra-efficient. I quickly dusted my buddy on his Santa Cruz Bullit as I climbed upward.

As I approached a short, steep section with loose dirt and rocks, I began to wonder if I could stand and power through it. I downshifted and increased my RPM’s. To my amazement, when it got too steep for the saddle, I stood up and BAM… the rear wheel actually gripped the ground better and propelled me forward. WOW! I’ve ridden plenty of full-suspension designs in the past and none of them pedaled so well out of the saddle… especially with 6-inches of plush, cushy travel.

On my initial rides, the high bottom-bracket made it feel like I was sitting on top of a high fencepost. Everyone who tried it out mentioned the same thing. As a result, I expected the combination of a 170mm travel front fork and the high bottom-bracket to produce a slow and sluggish feel on tight singletrack. After getting used to the bike, I’ve felt that not to be the case. I can fly through tight singletrack, laying it down in the corners… the RFX has simply outperformed all my expectations. 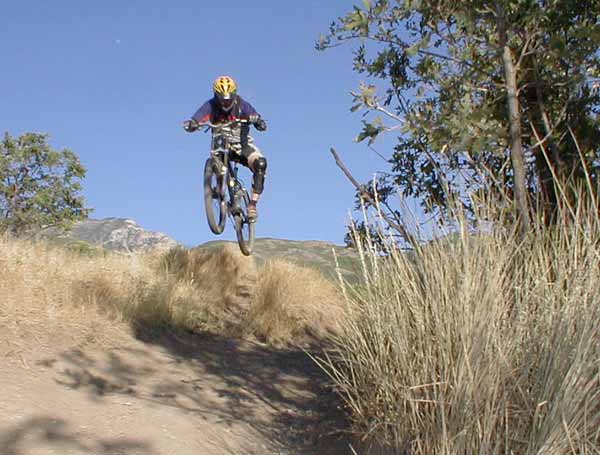 I find myself climbing and clearing some sections that were trouble in the past and literally flying through rocky or root-filled trails without even thinking. Now, I love even more to go big! Just tonight I found myself carrying more speed than ever through a root and erosion-bar filled trail in American Fork Canyon, UT. I flew off a perfect erosion-bar jump to a 3-foot drop–easily clearing 10-15 feet–and didn’t feel a thing. All drops result in a landing as soft as a pillow.

The Bottom Line on the Turner RFX

Basically, the 2002 Turner RFX is the finest long-travel trailbike I’ve ridden to date. My past favorite, the Intense Uzzi SLX is still a great choice, but the RFX adds some extra “pluses” that can only be found on a Turner. The vertical shock mount and pinpoint pivot placement as well as the continuous seat tube make this bike an easy choice over the SLX. Turner paint quality is also bomber and nearly impossible to scratch or chip.

Believe Dave Turner when he said that my bike would be the “best pedaling big bike you’ll ever ride.” The Turner RFX will make you ride faster, climb better and fly higher than you even thought possible. I’m a true believer.

The fabled Turner RFX was scrapped from the line in 2004 due to slow sales, then went through a morphing period where it went from the Route 66 (4 frames produced–I had one of them) to the 6-Pack, Lucky 7, etc.  Then, in Fall 2006, Turner shaved over 1.5 lbs off the overall weight, ditched the Horst Link for their entire bike line in favor of a 4-bar single-pivot or “TNT” and re-introduced the trimmed-down, yet still venerable RFX. Of course, all this is history because in 2009, Turner has adopted the DW-Link suspension design. An all-new 2009 RFX should be available Summer 2009.

So, you get all of Turner’s love at about $200 cheaper (thanks to not having to pay Specialized for the Horst Link) – $1999 MSRP is now the price for the frame only. Here are a few pictures of the new Turner RFX: 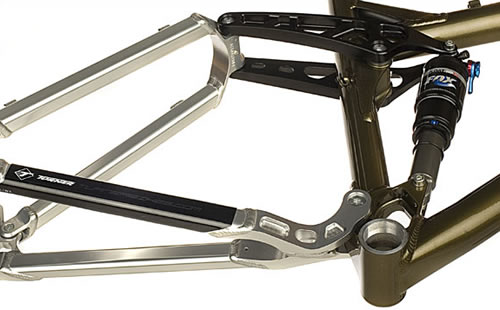 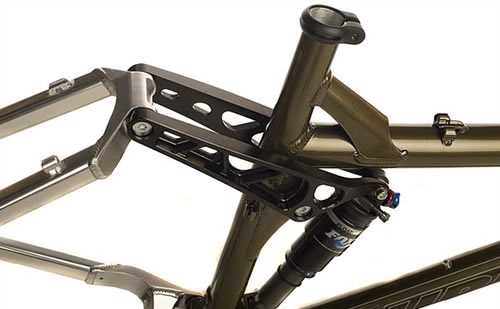 Buy Now: Visit WrenchScience.com to Build Your Own Turner RFX