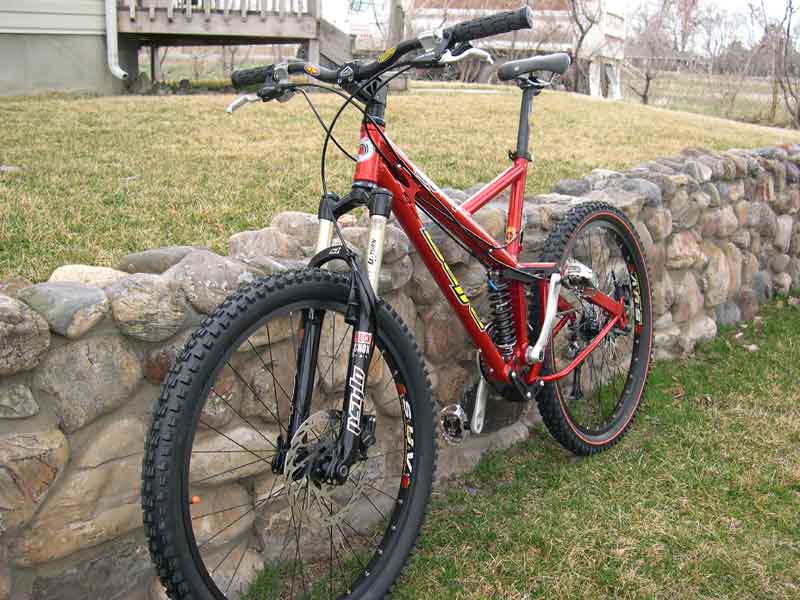 Balfa Cycles is a small Canadian bike manufacturer headquartered in the heart of Montreal. The crew at Balfa is easily some of the most laid back people in the industry. The operation is headed up by a crew of super-cool people who simply know how to make and keep good relationships with suppliers and vendors. In the Western USA, Todd Kerbs reps for Balfa and can’t stop talking about how amazing their bikes are.

Since Balfa is a smaller bike company, I had yet to ride any of their bikes until Interbike 2003. It was then that I took the BB7 for a spin and that was honestly the most fun I’ve ever had on a DH rig… PERIOD! If you have the means, I would highly recommend the BB7–it rocks the house.

When it came time for my personal steed for 2003, I thought long and hard, but decided to flog the Balfa 2Step for the season. With just under 6-inches of rear action using a twin swing-link design, the 2Step is an efficient and plush bike. The suspension is very active, but can be locked out this year by the Fox Vanilla RL shock, which replaced the Vanilla RC. Honestly, the RC may provide a bit better big hit performance, but it is really nice having the lockout feature to ease the pain of endless climbs.

The first time I laid eyes on my Ferarri Red Balfa 2Step, I couldn’t help but drool. The meticulous orangish-red finish on the 2Step was the most beautiful paintjob I’ve ever seen on a bike. The suspension design is an interesting one, but after one ride on it, you will stop thinking it’s interesting because it looks weird, but because it works, and works well!

Now that I’ve got the Marzocchi Z150 and the correct spring weight, the 2Step really rides like a dream–one of the finest all-around freeride machines on the planet! 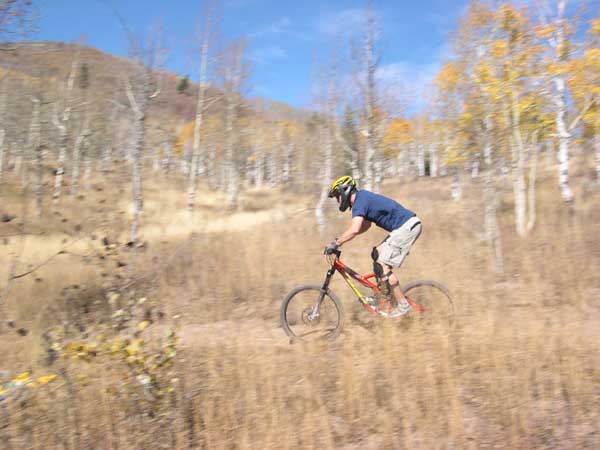 I have been very impressed by how well the 2Step climbs and how active the rear suspension is. It doesn’t have the same type of feel that a classic Horst-link rear end does, but it is nice and supple. Because of the linkage, there isn’t any brake-jack either. It took me awhile to find the right spring weight for my weight and riding style. The 600-lb. spring that came on the bike was way too stiff, the 550-lb. was better but still too stiff, so I’ve settled on a 500-lb. spring for my 180-lb. weight and fast DH riding style.

Many people have been curious about how stiff the rear end is with the twin linkages. I have to say that the rear end on the 2Step is as stout as can be! It doesn’t move anywhere but straight on course. It is just about the stiffest rear end laterally that I’ve ever ridden.

At this point, I’ve ridden this bike on plenty of XC-type trails and a number of shuttle rides–I’m totally amazed at how supple the bike feels overall. The suspension is active and solid. This thing tracks like it’s on rails. And, after swapping out the RockShox Psylo SL, this bike is ready to take on any punishment I can dish out.

The Bottom Line on the Balfa 2Step

Though I bought the 2Step as a complete bike, I’ve since swapped out many parts. I opted for SUN S.U.V. wheels, Maxxis Minion 2.5 tires and, most importantly, the new Marzocchi Z150 6″ single-crown fork.

I was worried that the Z150 would rake out the front end too much, but after riding it extensively, the steering is precise and the overall feel of the bike is definitely grin-inducing! It’s the perfect overall bike for the typical freerider. Anything other than the Z150 on this bike doesn’t do it justice–the included Psylo SL was a poor excuse for a fork on this rig!

The bottom line with the 2Step is that it is a relatively lightweight, all-around trailbike that is freeride and DH capable. It climbs well and descends very predictably–very smooth overall.

After a few months of flogging and serious customizations, this rig is one of my favorite bikes ever! I’m beginning to forget all about the Turner RFX I miss so much–that’s saying alot about the 2Step. The bottom line is this… GET ONE! After some easy customizations, you won’t find a better overall ride!

NOTE: Unfortunately, a year after this review was written, Balfa was shuttered by Pacific Cycles. Too bad, really.