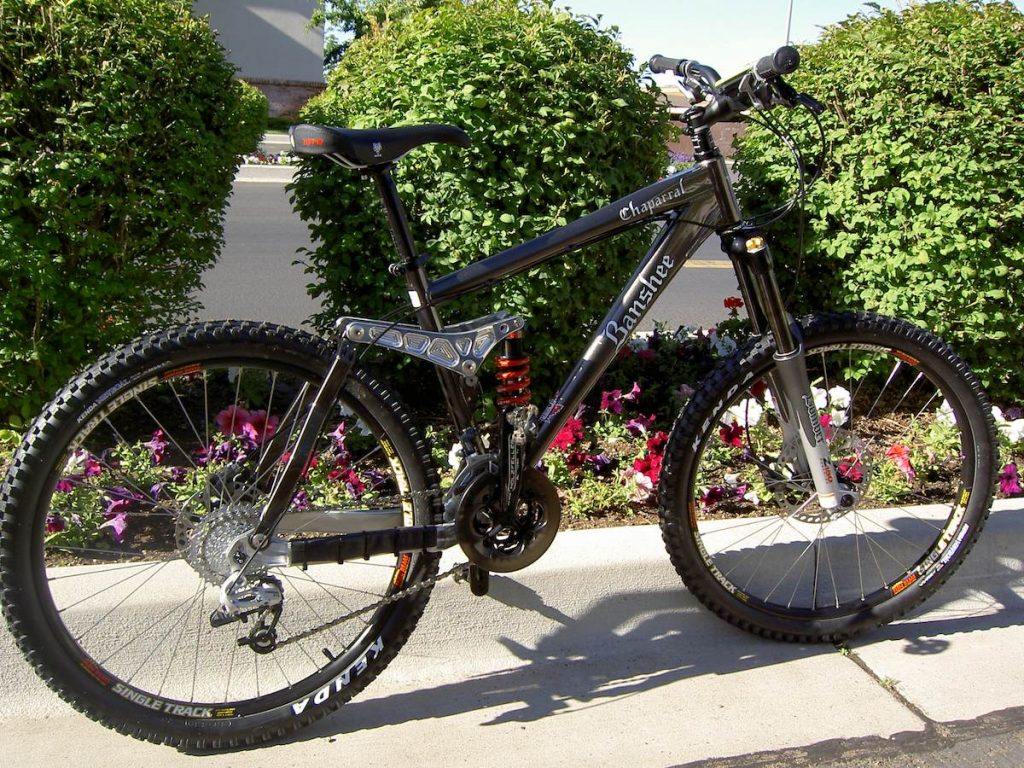 Unless you’re from Vancouver or are on top of the freeriding scene, you may not have ever heard of Banshee Bikes. And, unless you’ve dug deeper into their lineup, you may not know that they make anything other than the Shore huckster, the Banshee Scream. Well, just for the record, Banshee Bikes makes burly hardtails, the Scratch, Scirocco and Morphine, as well as a substantial trailbike, the Chaparral. Now that it’s off my chest, we can begin the review.

Banshee Bikes is the brainchild of bike industry legend Pippin Osborne and is based in, you guessed it, Vancouver, BC. After all, where else would you be if you built beefy, freeride bikes? For starters, the crew at Banshee is nothing but top-notch, bike-savvy folks with the typical Canadian flair. They are great people to work with who have a great product that they stand behind 100%. To demonstrate how much they stand behind their products, every Banshee frame carries a 10-year warranty! That’s absurd, unthinkable and downright stupid, right? Wrong! These bikes are built to withstand all the abuse you can dish out and more.

Like their site says, their bikes are “built to last longer than you.” And they’re not kidding!

The Banshee Chaparral is Banshee’s entry into the rideable, all-around trailbike machine that’s built burly enough for a hefty helping of Shore-style stunts. It’s not as overbuilt as the Scream, but still beefy enough to let you know it’s never going to break. That assurance is always nice, but it’s not Atkins-friendly at just over 10 lbs. for the frame alone.

The front triangle is built with light-gauge Easton RAD tubing–decked out in either Burnt Champagne, Continental Blue Chanti Red. We chose Burnt Champagne, which looks alot like root beer if you ask me. The metallic paintjob is stellar and on par with other top bike manufacturers. Banshee’s are actually built by Pacific Cycle Taiwan and are made to tight specifications under the expert eye of the crew at Banshee Bikes.

The Chap is available from Banshee as a frame only, frame and fork or complete bike. A myriad of fork choices are available and you can select either Journeyman or Gucci build kits.

In the words of Banshee…

“The Chaparral is strong enough to dance on winding Shore style stunts and tame gravity at bike parks, yet still light enough to be able to grind out those big epic rides and rip up single track. The Chap suspension geometry can adapt to both coil and air shock compression rates by adjusting the rocker pivot position. With a coil over shock, 7” DC fork and tight, Scream inspired geometry, the Chap has amazing traction and is incredibly plush and predictable on high speed stutter bumps, tight single track and “Shore Style” drops. With an air shock, lightweight build kit and a good 5″ fork, the Chap can be build under 30lb; the ultimate bike for going hard, all day.” 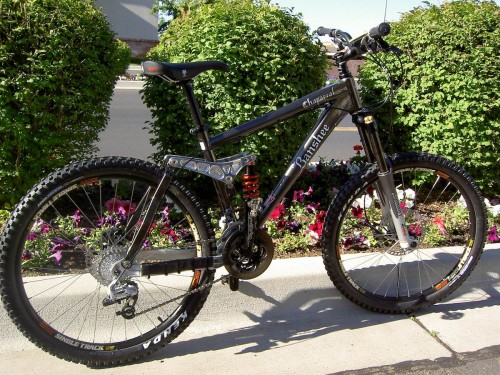 My first ride on the Chap was a great 10 mile loop in American Fork Canyon, Utah. The ride was a great chance to see both the climbing and descending abilities of the Chap. I knew that out of the box, the 28T front “granny” gear was going to provide a bit of a challenge on the steep, rocky climbs. Well, it did, but the Chap climbs so well overall, I was able to stay in the saddle and just muscle it out. Granted, a little higher RPM’s would’ve made some of the technical climbs that much easier, but it handled it very well.

So, the climbing ability of the Chap is on par with any rocker-arm style bike I’ve ridden. Honestly, I think the rocker-arm suspension design offers some amazing benefits that can’t be overlooked and the Chap brings out the best one and that’s efficiency. Especially mated with the Romic, the bob-free pedaling is efficient and smooth. 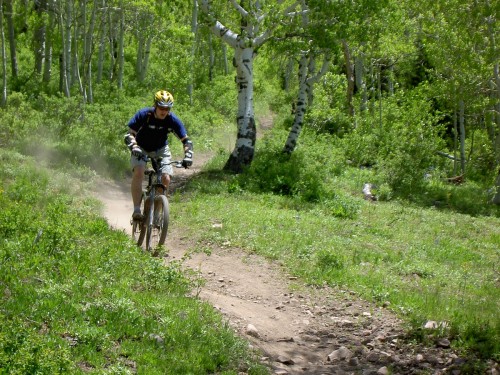 Now for the downhill portion of the show… Mated with the amazing Marzocchi Z150 fork, the Chap feels right at home with just the right angles to keep things comfortable at blazing speeds. The bike feels so nimble at speed, you’ll want to hop off everything in sight and careen through even the tightest singletrack. At 42 lbs., my bike isn’t light, but it sure feels lighter than my previous bikes (Turner RFX, Balfa 2Step, Norco Shore) by a longshot.

My only complaint is about the suppleness of the ride. As I’ve experienced before, the Romic will do a great job of providing a pedaling platform, but it still does it by sacrificing some small bump sensitivity. The initial stroke is a bit stiff, so small stuff that the Z150 soaks up gets transferred right to the saddle from the rear wheel. This is typical of an efficient, long-travel bike though. The overall plushness of the suspension shines on medium to small stuff where you think the squish just won’t end.

I give major kudos to Banshee for spec’ing the Gucci build kit with the new SRAM X9 rear deraileur and X9 trigger shifters. I’ve never had such a smooth shifting drivetrain in my life! On top of that, the X9 triggers are more comfortable than any Shimano triggers I’ve used. If you haven’t tried the hew SRAM triggers, I’d suggest you do so now.

Also, since I wasn’t a fan of the platform pedals, I put on a pair of Crank Brothers Mallet C pedals. These pedals offer the best of both worlds and are an improvement on just platform pedals. As much as people swear by platforms, for the type of riding we do here in Utah, clipless is still the way to go.

Overall, the Chap has performed to my expectations as an efficient all-around rig. The boys at Banshee are as good as they come and their bikes say alot about their commitment to the freeride scene. The Chaparral doesn’t even pucker at the sight of a drop, it’s angles and sheer brute inspires confidence in the rider at all speeds.

The only questionable aspect of the frame is the short top tube. It could be just a hair longer, but the upright stance is comfortable and the short cockpit adds to the flickability of the bike. That’s really my only complaint about the frame itself.

There are a few items that I didn’t agree with in the Gucci build kit, which are the 28T “granny gear,” the white colored pedals and the standard Ruffian ODI lock-on grips. Those are personal preference items, so it’s not out of the ordinary by any means. I just changed the granny to a 24T, swapped the Ruffians for the thicker Rogue’s and put on some Mallet C’s… now it’s perfect!

The bottom line is that the Banshee Chaparral will perform well in every type of riding you can throw at it. It climbs very well and descends like it should. You won’t find another frame that tracks as straight as the Chap, so if you ride hard and want one bike to do it all, the Chaparral is your steed!