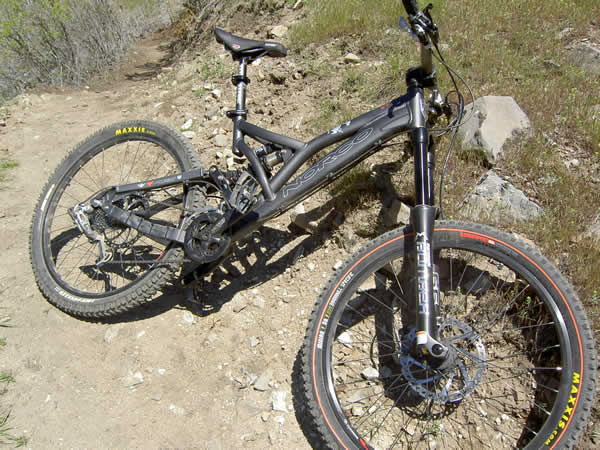 Along the North Shore in Vancouver, Canada, Norco bikes are everywhere. As one of the pioneers in the freeride scene, their high-quality bikes are as common as Cannondale or Trek are in the United States. This is beginning to change as Norco makes inroads into the States. This year, those inroads are more like a paved super-highway thanks to Mountain Biking Magazine naming the Norco Six their freeride bike of the year. 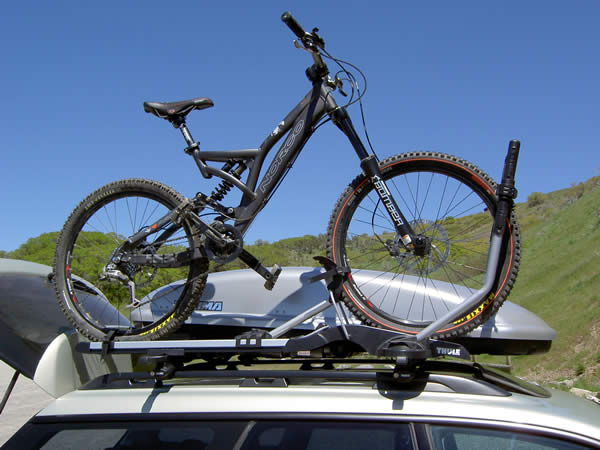 About the Norco VPS Six

Norco’s VPS line has been the stable of the North Shore for years. As the line has evolved, the front triangles have gone from monococue to hybrid and now to hydraformed front triangles. The result is a much sexier look. During this process, paint quality has been upped and, as Norco’s presence has grown, they have been able to knock out killer bikes at amazing price-points.

The Norco VPS Six ($2499 US) is a great example of a value-packed freeride bike that gives you more bang for you buck–whether you’ve got Andrew Jackson’s or Queen Elizabeth’s in your pocket.

The Norco Six, like all other VPS bikes, offers adjustable rear travel from 5.5″ to 6.6″ by moving the lower bolt between the two available positions.

Standard parts spec on the Six includes the Marzocchi Z1 FR2 150mm travel fork, Fox DHX-3 rear shock, bomber SRAM X.9 drivetrain and Truvativ cockpit and cranks. Our test bike came equipped with the Marzocchi 66VF upgrade, which offers beefier stanchions, super smooth 150mm travel (adjustable to 170mm), and standard 20mm dropouts. As with all bomber forks, lateral rigidity is best in class. The only spots on the Norco are the wimpy Nokian NBX 2.3 tires and the interrupted seat-tube. At least Norco makes the best of the interrupted seat-tube by equipping the Six with a Titec Scoper seatpost. The Scoper allows a full range of seat positions because of the telescoping option. Some of the problems that plague the current Titec Scoper post will be improved for 2006.

Nokian NBX tires can quickly be replaced by Maxxis Minion or Kenda Nevegal 2.5 tires, both of which are better suited for this bike. 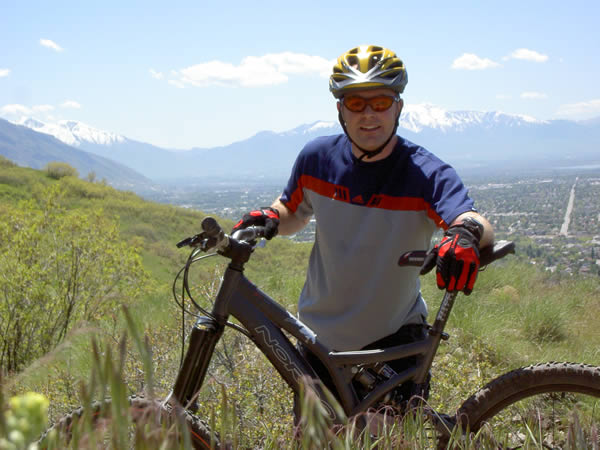 Norco Six On The Trail

Because of the wetter-than-normal Spring here in Utah, many of the high-elevation trails are still buried under heavy snow. So, the Six was mainly ridden on the lower elevation singletrack that lines the valleys around the Salt Lake City area. These trails were great tests for the trail riding ability of the Six. Since the Six is billed as a versatile, all-mountain freeride machine, this was a perfect test for the majority of riders who don’t huck their meat off their garages every day.

The first ride on the Norco Six was on a singletrack trail with an initial steep and rocky climb. I had left the Six in the 6.5″ travel setting for this ride. The super-slack angles and sqishy suspension made for difficult climbing that day. It was tough to keep the front end from wandering when things got steep and loose. After finessing through the climb, I was looking forward to the dowhnill on the windy singletrack. After bombing down an initial section–getting into the groove, I quickly found out that not only were the Nokian NBX tires narrow, but their sidewalls were no match for the sharp rocks on the downhill. No sooner was I getting into the groove that, “PSSSSSSCCCCCHHHHHHHHHHHHHhhhhhh”… the dreaded sound of a pinch flat! “I haven’t gotten a pinch flat for years,” I thought to myself… these tires have got to go.

After swapping out the Nokian’s for a set of Maxxis tires (Minion DH 2.5 Front and High Roller 2.5 Rear) and adjusting the rear suspension to 5.3″, the Six was ready to take Utah singletrack head on. Back on the same trail, the somewhat steeper head angle reduced front-end wandering and made steep, rocky climbs much more manageable. The longer Titec Berzerkr saddle is essential on the Six–not only for downhill comfort, but to allow the rider to move forward on the bike during steep climbs.

The Marzocchi 66VF fork offers consistently smooth trademark Marzocchi suspension travel. I’ve ridden enough forks to know that Marzocchi is still the plushest fork on the block. With the 150mm travel 66VF, you get dual air pre-load, 35mm black stanchions and a burly lower crown that ensures deflection-free riding. One other feature of the 66VF is the ability to increase the travel to 170mm if desired. What I’d like to see is the ETA cartridge on the 66VF to drop the front end on long climbs.

Though the Six can grind up nearly every climb in sight, you don’t buy a 43 lb. freeride bike to race your XC buddies. You buy it because you know that with a consistent pedal stroke and an efficient suspension design, you can make it to the top of nearly any trail around. While you’ll never be the first to the top of the hill, you can’t fault the bike for not making it to the bottom before everyone else in your posse. The Norco Six is one of the most comfortable bikes at speed I’ve ridden. The second you point it downhill, it tracks steady and smooth through all types of terrain. The Six is burly and doesn’t get thrown around when things get rough. Worst-case-scenario, you just hold on and let the bike take your through it.

The beauty of the downhill abilities of the Six is that it provides predictable handling and performance so you don’t have to “get used to it” at all. It instantly feels part of you. Drops and rock gardens do not phase the Six. And, even in the 5.3″ travel setting, you won’t ever bottom it out–the suspension feels bottomless thanks to the Fox DHX 3.0 shock. I still prefer the feel of Fox shocks to the others on the market because they feel much more supple, while still providing an effective pedaling platform. They are hard to beat.

With Shimano going back in time with their new integrated shifter and brake combo, the Norco uses the much superior SRAM X.9 triggers and derailleur mated to the time proven Hayes HFX-9 brakes with heavy-duty rotors. Shifting was always quick and precise, not to mention ergonomically superior to the old Shimano Rapid-Fire triggers. The X.9 drivetrain simply hooks up faster and shifts gears more accurately than any Shimano-clad bike I’ve ridden. On top of that, the time proven Horst Link provides inherently smooth braking with no brake jack whatsoever. Ever wonder why downhill racers who use single-pivot designs prefer to use a floating rear brake? Well, ride a single-pivot bike downhill, then try to corner and brake at the same time. Now, do the same with a Horst Link bike, like the Norco Six, and you’ll quickly notice that the Horst-equipped bike simply brakes more efficiently.

The rest of the parts are spot-on and provide a great all-around value for the price.

The all-new 2005 Norco Six is a great bike for those who love to go downhill fast and want a stable and secure bike that will handle any terrain. Pedaling the Six uphill isn’t as energy-consuming as people would lead you to believe. The suspension design is active and efficient–allowing you to clean short, technical and rocky sections with aplomb. When the trail points down, you’ll be glad you can drop the seat and rail the Six around every corner.

Efficient climbing, smooth braking and plush descending are the trademarks of my ultimate trailbike. The Six is right up there with the best 6″ freeride bikes on the market and ad a competitive price-point. Look for a Norco VPS Six at a shop near you.

Visit Norco.com to search for a USA dealer near you.