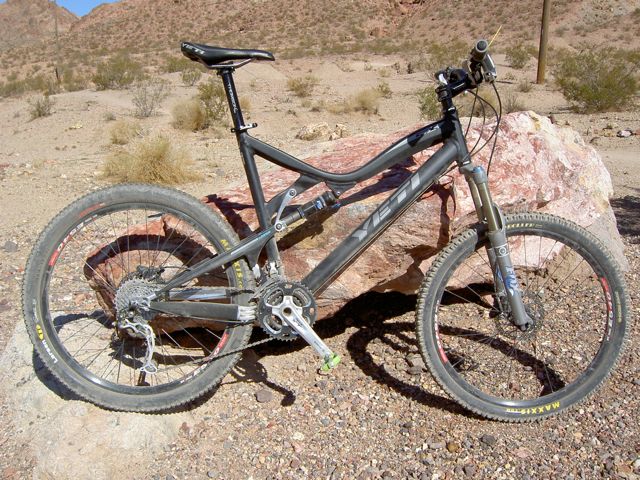 It was near the end of day one when I hopped onto the all-new 2008 Yeti 575 Enduro. Typically, by that time of day, the sun has given me the eternal beat-down and I’ve all but pedaled every ounce of energy and sweat out of my system. This year was different. Even after spanking the trails for most of the day, the all-new 2008 Yeti 575 Enduro felt especially quick and agile on the climbs–an attribute not demonstrated by a single bike earlier in the day. Having identified the previous Yeti 575 as one of the top trailbikes of our day, the all-new 575 crushes the previous design on all fronts.

Not satisfied with the current frame design, Yeti went back to the drawing board on frame materials and design. The new front triangle boasts hydroformed tubes for a 30% stiffer ride and I’m guessing a slight weight savings. Gone is the old knuckle junction in the top-tube in favor of an un-welded, continuous (yet still bent) top-tube. And, while I’m on the subject, the top-tube lengths have been extended ever so slightly in all sizes. 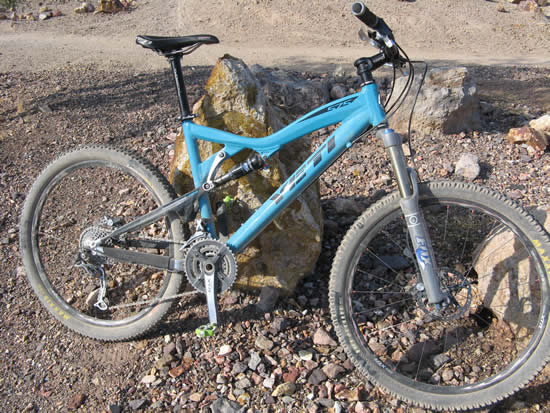 The rear triangle continues the evolution of the 575 with a full carbon option that features asymmetrical chainstays and a reinforced seatstay similar to the reverse arch sported by Manitou forks. Of course it still features the carbon flexpoints instead of full pivots. Everything about the new frame is flat out awesome. It looks much more refined and sexy compared to the previous model and those looks are not just skin deep because as I quickly found out, this bike flat out rips up the trails.

As mentioned above, I rode the 575 as the final bike of day one, which isn’t usually the best time to be testing a bike. But, as it turned out, it was the best time to hit the trails on the 575 because it instantly stood out as the finest bike of the Demo. While I didn’t get a chance to ride every trailbike, I have ridden every bike in this category over the past three years and this bike is quite honestly the new benchmark in the category. 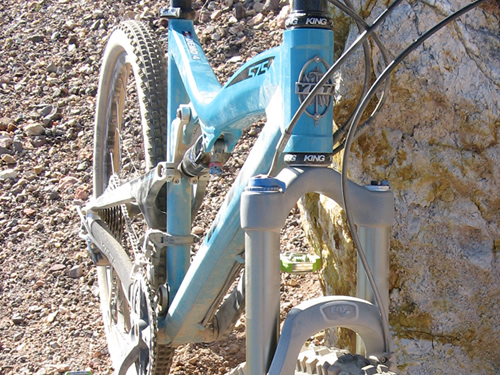 After slogging uphill on the Commencal Meta 6, pushing a the bigger hoops of 29ers and climbing pretty darn efficiently on the Marin Mount Vision Quad XC, the Yeti cruised uphill better than any 6-inch travel bike I’ve ever ridden. This thing is the epitome of smooth and efficient. It tracks uphill straight and smooth on both fire roads and singletrack.

When the going gets rough and gravity takes over, the 575 continues to show that it is the boss. The Fox TALAS RLC provided just the right amount of squish and stiffness to keep the rubber side in contact with the ground–no matter how rough. Although I believe the rear shock (Fox RP23) is completely sufficient for the downhill portion of the show, this bike could benefit from a tad longer-travel up front (as is stock on the more expensive Enduro Pro build). The Fox 36 or RockShox Lyrik would be stellar options on this ride–just so long as you could reduce the travel on long climbs.

Both Kendall and myself felt that the 575 was the best bike ridden at the show. And, to prove that we aren’t the only ones, as I was climbing up the trail I happened to overhear another rider’s phone conversation with a buddy not at the show. I can only guess that his buddy asked what bike was the best he had ridden. His response was something like this… “Dude, the new Yeti 575 is F&*&$ awesome!” I couldn’t agree more.

EDITOR’S UPDATE (May 2008): After riding the Yeti 575 Race bike and absolutely LOVING it at Interbike (October 2007), I’ve since gotten a stock 2008 Yeti 575 Enduro here on the local Utah trails for some hometown tests (May 2008). While I still whole-heartedly recommend this bike as an all-mountain trailbike, the wheels included with the Enduro kit leave something to be desired. Keep that in mind and upgrade the wheels and fork to something like the Fox TALAS 32 RLC with 15QR and you’ll be much more stoked than just the entry-level Enduro kit. 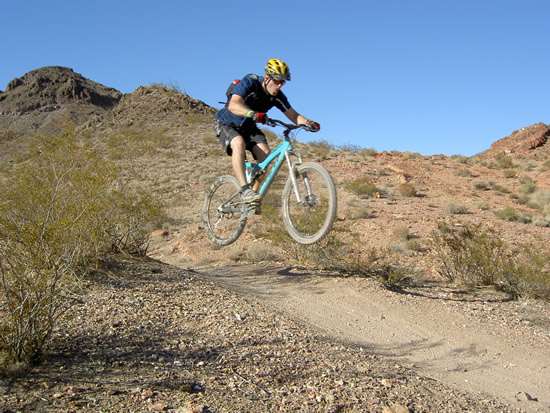 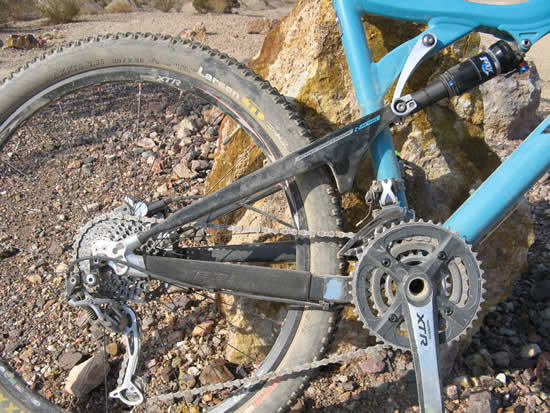 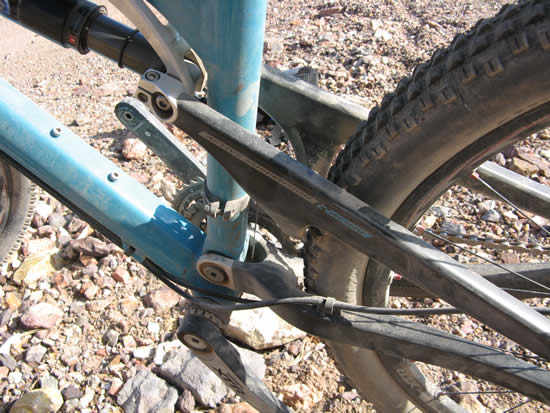