Since Fox Racing has come on the suspension fork scene, technology has come a long way. Both the Fox 32 and 36 lineups are some of the most sought-after suspension forks on the market today–with good reason. They are typically bombproof in their design and track straight through even the harshest terrain.  Add on top of that more years of suspension design experience in general than everyone but Marzocchi, Fox continues to push the limits of suspension feel, durability, light weight and long lifespan.

For 2009, Fox Racing and Shimano have jointly-developed the new 15mm thru axle standard. It has been met with mixed emotions as some are calling it pure marketing hype while others are embracing it with open arms. All are in agreement that the current 9mm quick-release needs to go away and fast, but should it be 15 or 20mm? After riding the new Vanilla 32 with 15QR over the past two months, I’m sold. 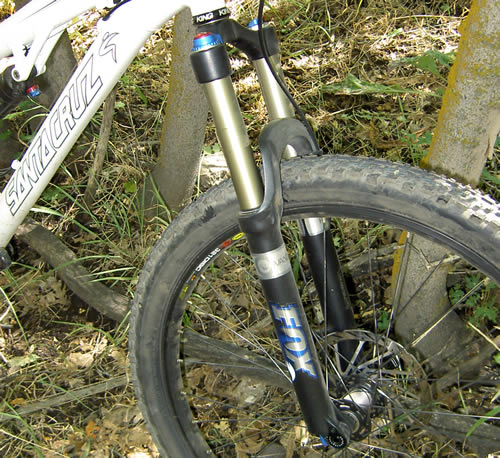 Smooth travel and no-brainer setup are the hallmarks of the Fox Vanilla 32 platform. And for 2009, add on top of that the 15mm Quick-Release option, a stronger crown, lighter and stronger lower brace and casting, smoother operation and added stiffness overall and you’ve got the new 2009 Fox Vanilla 32 package.

Fox and Shimano have put a ton of development into the 15mm thru-axle design and are looking forward to a strong adoption moving forward. I featured the new Fox 15QR design in June 08 and got some good feedback (positive and negative) about it. Thus far, the Marzocchi 44 ATA Micro and the new DT Swiss XMC 130 and XMC 150 forks are the only other 15mm thru-axle forks that I know of for 2009. (We’ll see what Interbike brings.) 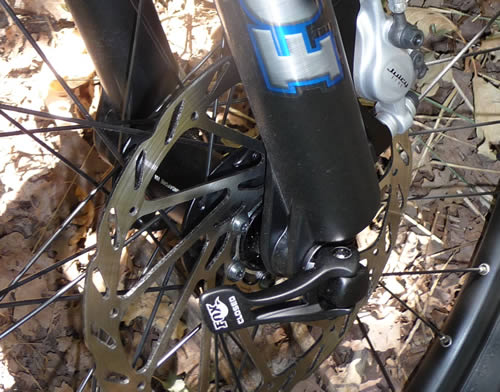 Yup, I dare you to say Fox Vanilla 32 RLC 15QR really fast 10 times… a mouthful, but all those specs are important when it comes to this fork. Each one represents an important piece of the puzzle and is why this fork is so bomber.

Being an early-adopter isn’t always easy. I remember when OnePointFive came out, I was onboard early and had issues getting a headset. With the Vanilla, I had some issues getting ahold of the proper hub.  But, thanks to Shimano, I was able to get set up with a 2009 XT front hub with the standard 6-bolt rotor mount. Once in my hands, a quick trip to Go-Ride and my wheel was ready to ride. This was in early-August and the crew at Go-Ride was amazed that I had that hub since they had yet to see one. It pays to know the right people, I guess!

At this point, there are many more 15mm hub and wheelset options available or soon-available from WTB, DT-Swiss, Shimano, Ellsworth, Hope and others. This will continue to improve and by Spring 2009, you’ll have plenty of options!

Back to the fork… It’s built as a do-it-all trail fork with a no-nonsense “ride-and-go” setup. The black lowers are a great look on the white 2009 Santa Cruz Blur LT that I’ve been flogging. Not only does it look good, it matches up perfectly with 140mm travel front and rear.

On the trail, the simplicity of the Vanilla 32 shines. No need to bring along a shock pump, just hop on and go. You can adjust the rebound as needed and/or lockout the fork on long climbs, but other than that, you just ride it–a welcomed feature in a world of 6-way adjustable shocks!

Once broken-in (2 good rides), this fork is super smooth on all types of trails. You can definitely feel the difference between this fork and the 36 TALAS that I reviewed earlier this year, but it’s by no means overmatched on anything I’ve thrown its way. The stout 32mm stanchions and smooth open-bath travel is buttery. When pushed hard through drops and rock gardens, you can top it out, but on everything else, it just begs for more.

Tracking is where this fork shines. I’ve long been a fan of 20mm thru-axles because of the stiffness they provide. So, I didn’t need much coaxing to jump onboard the 15QR! With a 15% increase in torsional stiffness and 25% increase in transverse shear stiffness over standard dropouts, the 15QR simply blows away any 9mm QR fork I’ve ridden. The extra confidence you’ll feel when bombing through babyheads or hammering hard into a turn will pay back in spades. It’s so stiff that I’ve really noticed just how laterally squirrely the Mavic 321 rims are on my bike.

On long climbs, I’ve engaged the lockout, but most of the time I don’t bother because it’s not that easy to reach on-the-fly. And, I don’t find it terribly necessary unless I’m hammering up the road. Rebound clicks provide a noticeable difference in the fork’s attitude, but I just settled in on a couple of clicks in from the fastest rebound setting and have found it acceptable in all conditions. 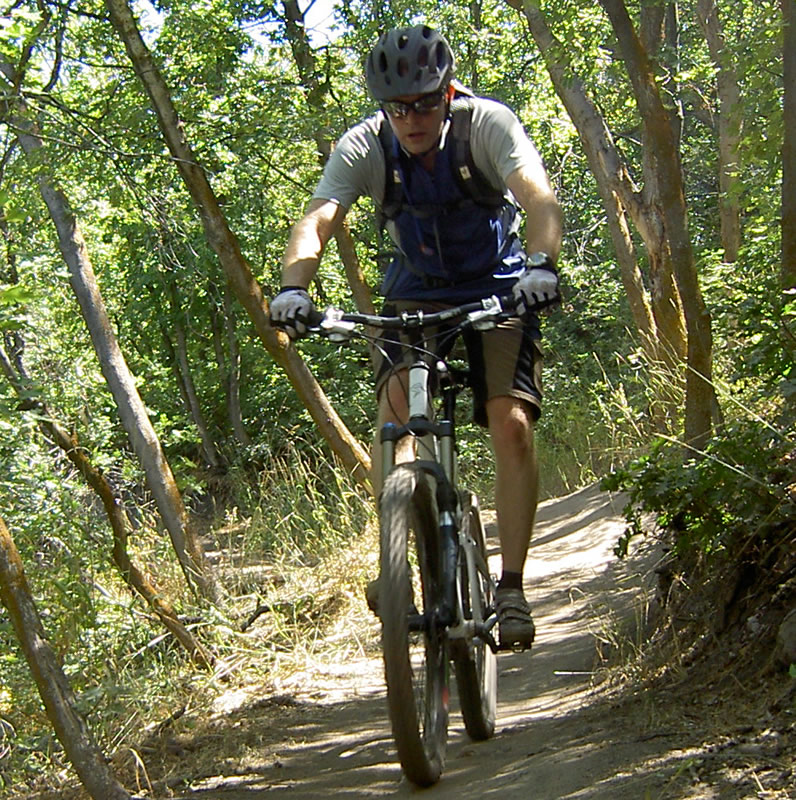 In a market full of endless suspension adjustments, the Vanilla 32 RLC shines as an example of what has worked well for years. My first open-bath Marzocchi was buttery-smooth and this one from Fox Racing continues along that same path with a simple design that just plain works. The extra stiffness and confidence provided by the 15QR dropout goes without saying. You’ll kiss your standard 9mm forks goodbye and hopefully never look back.