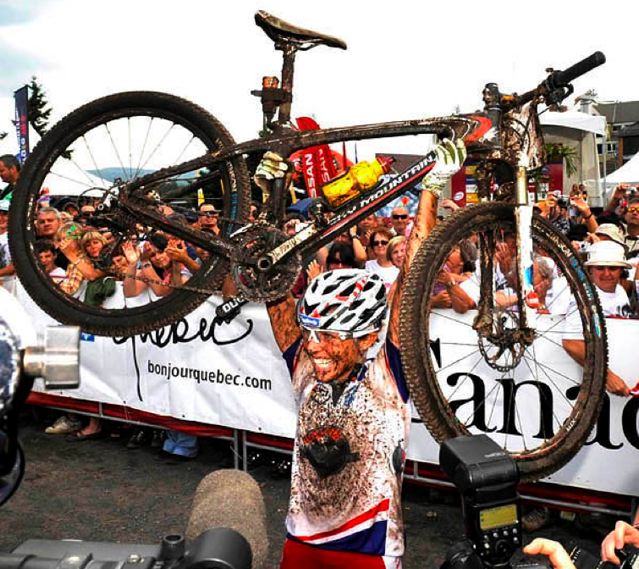 “Maxxis is excited to partner with a company like Rocky Mountain, a company that is as passionate about racing as we are. Rocky Mountain Bicycles is a leader in performance and quality in their entire line, allowing the feedback obtained from top riders to continually improve the product. Their bikes come from an esteemed line of race pedigree, making it an obvious choice for some of the top athletes in the world to choose to race a Rocky Mountain bike” Said Maxxis’ Bicycle Manager Christopher Warrick.

The agreement was initially the result of Rocky Mountain looking to fill the hole left by the expected retirement of Marie-Helene Premont, the 2008 UCI World Cup Overall champion and Canadian National champion. A long-term prior working relationship between the management of both teams and both teams’ sponsorship contracts ending after the 2008 season allowed the teams to pursue this new opportunity. 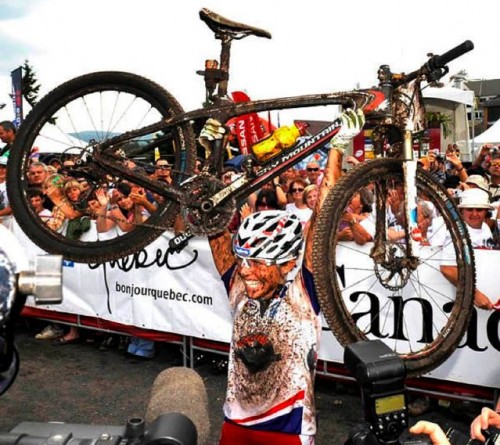 The recent announcement by 2008 World Cup Champion Marie-Hélène Prémont to continue racing in 2009 was met with great excitement by both Rocky Mountain and Maxxis.

“Marie won the overall World Cup on the new Vertex RSL and we look forward to giving Geoff Kabush the same edge”, said Peter Vallance, the Rocky Mountain Team manager. “Last year Rocky Mountain athletes raced more days in more countries than any other professional mountain bike team, winning all along the way. This new team takes our racing to yet another level with the new riders, staff and sponsors”.

Geoff Kabush, coming off a banner year in 2008 where he won the 2008 NMBS XC overall title, reached the World Cup podium several times and captured 4th overall in the series, is optimistic about his new team. “The new team has really got me excited about the upcoming year. It is a great opportunity for me to work with a company so close to home and everyone at Maxxis is excited about the future of the team. Rocky Mountain has recently been pushing hard on the development of their race bikes and I look forward to pushing them hard on the race course. We have assembled a powerhouse group of riders, staff, and sponsors and I can’t wait to get out racing again in 2009.”

New to the team is rising American XC star, Lea Davison. Lea had a breakout year in 2008, with stage wins at Sea Otter Classic, several NMBS podiums, and her first World Cup top-10 in Bromont. With such a successful season behind her, Lea is destined for great things in 2009.

Rounding out the XC team is Canadian Raphael Gagne. Gagne, still an espoir, dominated the Canada Cup series, winning the Elite Mens Overall title. He capped off his season with an impressive 7th at Espoir World Championships.

The Maxxis-Rocky Mountain team also signals a return to World Cup downhill competition for Rocky Mountain, one of the original pioneers of the sport.

Vallance adds, “We couldn’t be happier to be back in downhill racing. To have a two time World Champion like Sabrina Jonnier on our bikes is huge. Having Sabrina, Cameron Cole, and Luke Strobel on the Flatline next year means worldwide exposure for the bike and they will certainly be key in product development.”

The team will hold its training camp in Bootleg Canyon, Nevada March 20-24 and will first be in action at the USMC #1 in Fontana California the following weekend. Marie-Hélène Prémont will begin her season at World Cup #1 in Pietermaritzburg, South Africa on April 11.

The Maxxis-Rocky Mountain team will focus on the UCI World Cup series, but will also contest the Manufacturer’s Cup Series (formerly the NMBS), the Canada Cup, and select stage races.