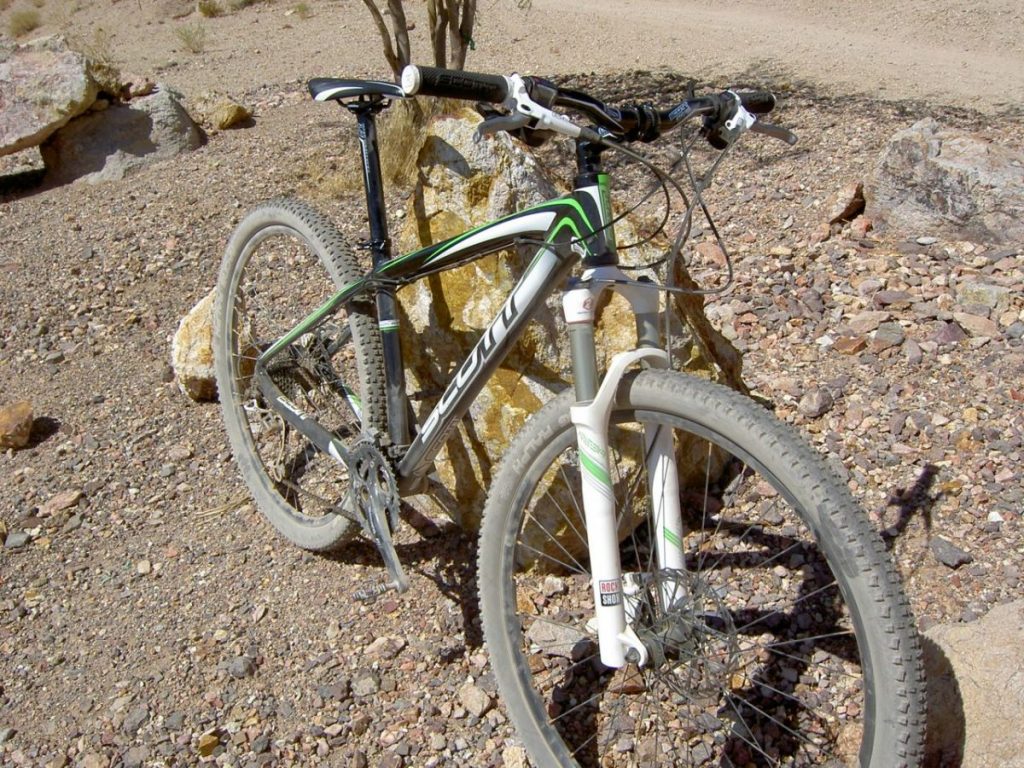 Over my 10 years of going to Interbike, I’ve become quite the trail and bike snob. It’s a great opportunity to ride bikes you’d never get a chance to ride otherwise, so I’m spinning around Bootleg on $6000+ mountain bikes having a blast. But sometimes, it’s great to step onto an “everyman’s bike” just to see how technology has progressed. While 29ers aren’t yet for everyone, I’m going to put my hat in the ring, along with Matt Pacocha of VeloNews and promote the death of the 26er hardtail. And, the one to start the demise of the 26er hardtail could very well be the 2010 Scott Scale 29er.

I posted about the new Scott Scale 29er a few months back, but didn’t have much information on it at that time… just a photo with some sketchy details. Well, when I got the details from ScottUSA’s Adrian Montgomery, it all became clear. As Scott’s first foray into the 29er market, they decided that they wanted to attack the entry-level market with a killer-looking and performing bike at an amazing pricepoint. Well, I was in disbelief when he said the MSRP would come in at $1649. To get it to that price, the parts spec is pretty pedestrian, but the frame, fork and wheels are solid. 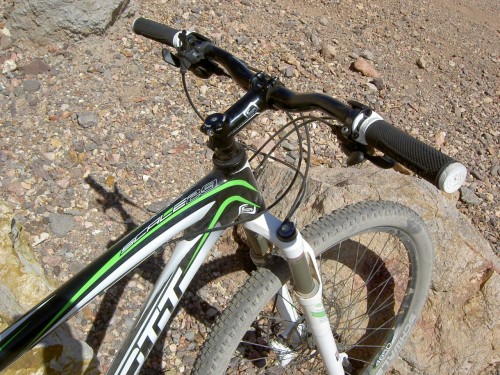 Here are a few specs on the test rig (they vary slightly from production): 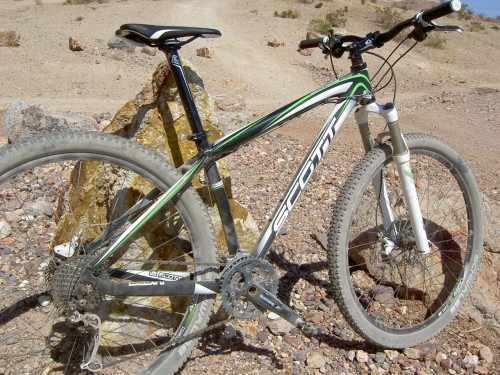 Scanning over the Scott lineup at the demo, the Scale 29er was tops on my list–even before I knew it was a budget-friendly spec. Just in time, the 29er appeared and Adrian gave me the lowdown. As Scott’s first 29er, this one is poised to take advantage of the current 29er wave by offering a knockout pricepoint with a solid bike. Going over the frame details, it has all the makings of a great bike with hydroformed tubes and trail-friendly geometry. Even the paintjob is stunning–not your typical $1500 rig as far as looks go.

Slipping out on the trails, I was quickly reminded why the 26er hardtail should die a slow death… 29ers just make everything smoother and faster. This bike was an effortless climber and just felt comfortable. It felt like a great bike with the ability to rail corners and maintain speed in a way only 29ers can.

I was able to power up some good terrain and climb anything I wanted. And when the trail turned downhill and the turns made their way down the desert singletrack, the Scale 29er felt poised and comfortable. This bike is a well-executed entry into the market… hopefully the future holds a carbon 29er from Scott because that would truly make this bike that much better. 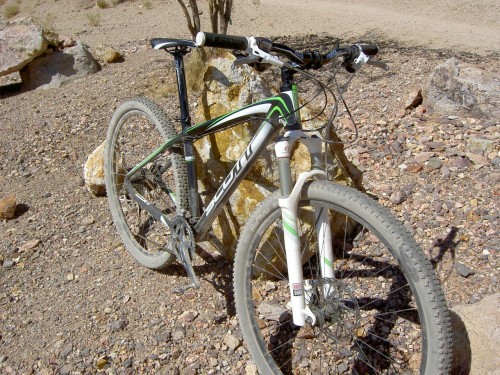 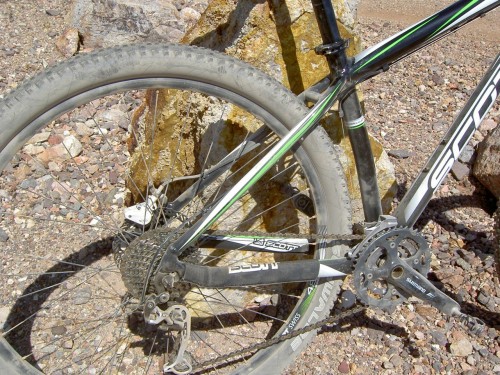 This bike has a ton of potential and at a killer pricepoint to boot. If you’re thinking hardtail, skip right past the 26ers and look on over at the new Scale 29er–you’ll be hard-pressed to find this much quality, value and fun on the market today.