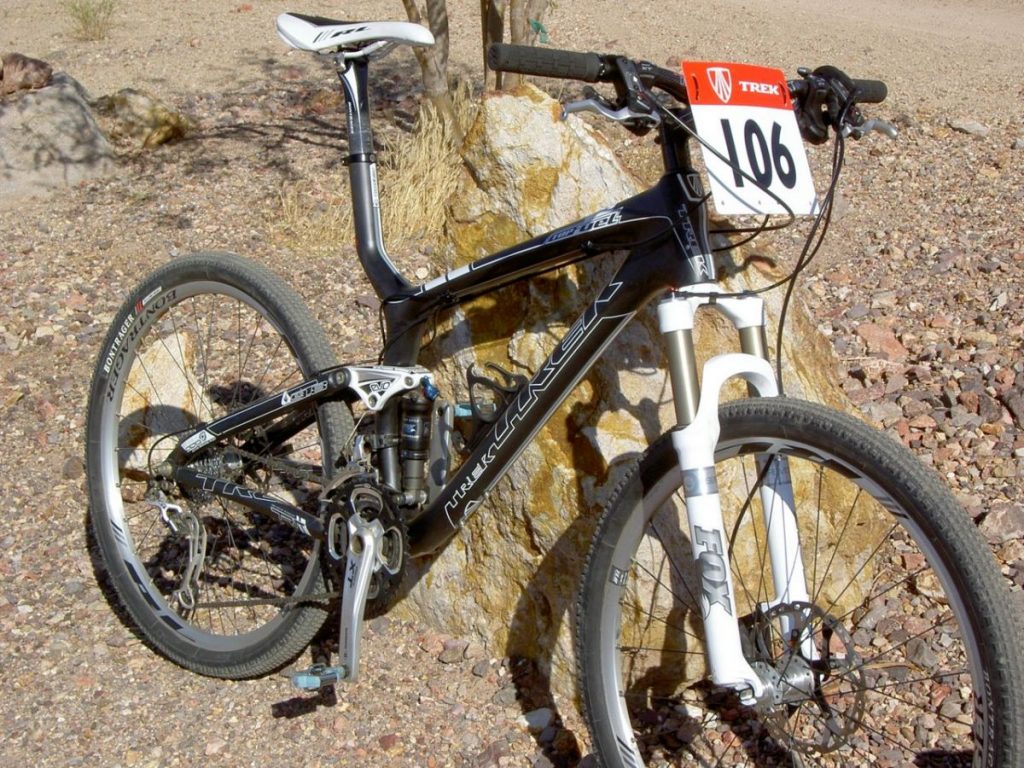 The first bike of the day at Interbike 2009… a full-carbon beauty I called “The Lance Bike” even though his was a SRAM version, but you get the point. He powered his Trek Top Fuel to the podium at Leadville in August and I was going to power my test bike high up into Bootleg Canyon in the early morning while the air was still relatively cool. The Trek Top Fuel 9.8 would teach me a thing or two about efficiency–something Lance knows a thing or two about, I’m sure.

This is #2 in command in the Top Fuel lineup with an even 100mm travel front and rear all mated to a full-carbon frameset. This bike is built for speed, cap’n… no question about that. The Trek Top Fuel 9.8 trim level is essentially a full Shimano XT drivetrain that’s then rounded out with a smattering of Bontrager and Raceface components to round things out.

Let me also mention the Top Fuel 9.9 with its full SRAM XX drivetrain, which is oh so sweet. I was able to slip out later in the day on a 9.9 with a custom build including full XX components and a bit wider, more trail-worthy tires. The 9.8 is nice, but the 9.9 is… well… lets just say it would be well worth every penny! 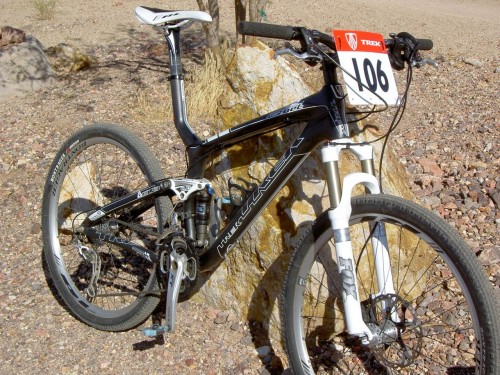 When I arrived at the Trek tent first thing in the morning, I pretty much had my pick of the litter–all except the new Remedy 9.8 and 9.9’s (Michael Browne, Trek’s Product Manager informed me they were off limits to North American pubs… uggh… I can talk like a Brit! Didn’t work). So, I opted for a bike that I wouldn’t typically ride, but looked compelling on Bootleg’s then-empty trails.

I first saw the Trek Top Fuel in person at SRAM’s HQ in early-September and thought it looked very sexy. So much so that it stuck out in my mind as a “must ride”. So, when it came time for my order up, the Top Fuel 9.8 it was. 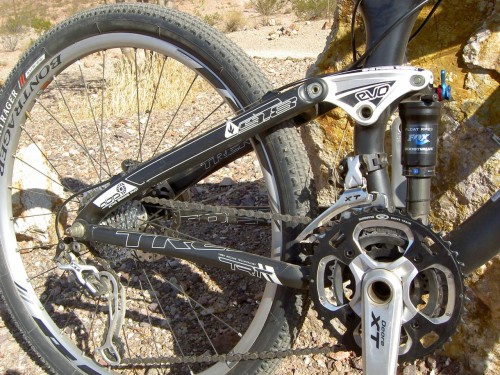 After getting dialed in, I was anxious to get spinning before the morning air turned into a veritable hair dryer. Slipping up past the tent city, I could really enjoy myself on the technical, rocky terrain of Bootleg.

While the Top Fuel climbs like a billy goat, the narrow Bontrager XR1 Expert 2.0 tires were a little lacking when encountering loose sand (think a beach) as they sunk in and ground me to an occasional near-stop. However, when the hardpacked and rocky/technical trails were the obstacle, holy smokes can this bike ascend! A quick tap of Fox’s nifty F32 remote lockout combined with a quick flip of the ProPedal lever on the Fox RP23 rear shock and the Top Fuel turned into an unmatched trail-climbing machine. I could climb on this bike all day and still have energy to climb some more, then wake up and do it all over again… it’s very responsive, fast and agile.

After being thoroughly impressed with the climbing ability, it was time to slip downhill and see just what this bike could do when faced with the rock-strewn trails of Bootleg Canyon. Let me just say this… it’s not my first choice on these types of trails, but with some stouter tires, this bike can still hang well when the trails get technical and steep. On smooth, twisty singletrack (stuff this bike was made for), the Top Fuel carves and flows as good as the best bikes on the market, but consistently technical terrain will definitely give you a wild ride unless you are an expert line-picker.

The best way to describe the Top Fuel is to call it a rocket. This bike is fast as all get-out, but you will pay the price if you descend extremely rough terrain with any regularity. Where you’ll come away smiling is in the efficient and smooth suspension that can propel you to the top of any climb on your list.

Trek has been making carbon-fiber mountain bike frames as long as I can remember and the much-lauded ABP suspension design with EVO Link and Full Floater system is the real deal. I felt nothing but smooth suspension travel under load and while braking. 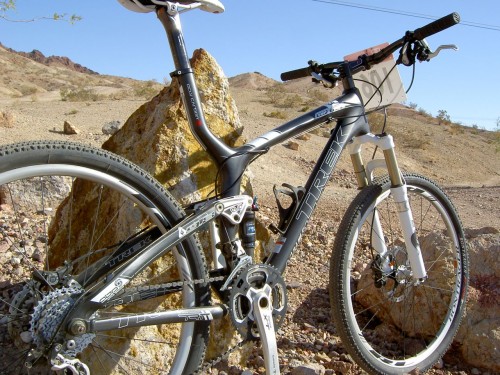 This bike will no doubt propel you to the top of the mountain or podium with ease. Don’t blame the bike if you don’t crush your personal best climb times since this 23-lb rocket is as efficient and fast as they come. I’d say this is a capable cross-country racer, but one that still takes a fair amount of abuse once the treads are swapped for something more substantial.

ShareTweet
interbike trek
Previous ArticleGOAL0 – What Powers You Video Contest
Next Article SRAM HQ: A Look Inside the Wonka Factory