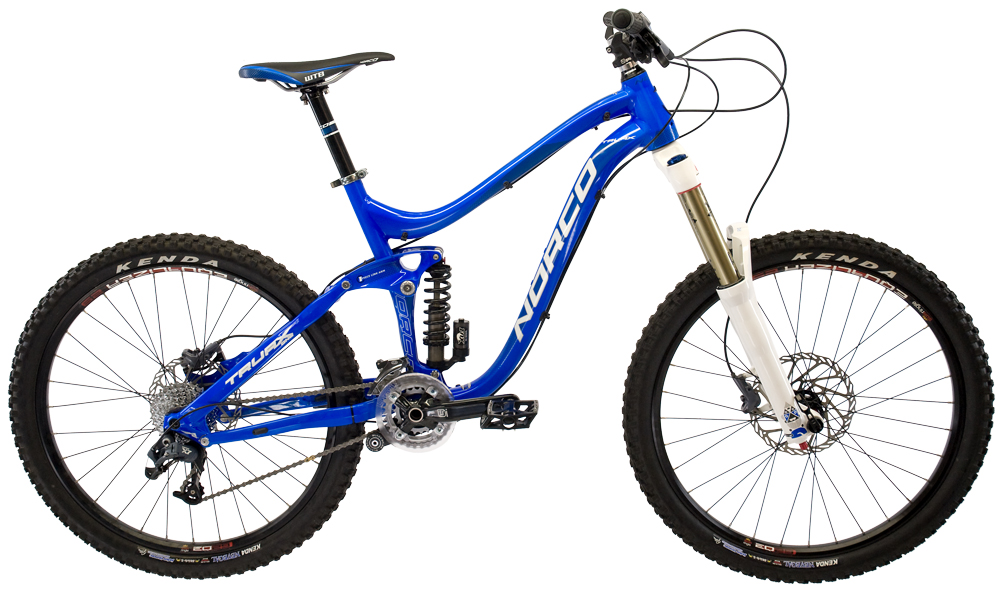 2011 Norco Truax – The Evolution of Shore

As one of the original North Shore bike companies, Norco is launching the next evolution of the Shore line. Introducing the 2011 Norco Truax line. It’s designed to handle everything a modern freerider can dish out — including pedaling back uphill. I see this as a direct competitor to the heralded Scott Genius LT and the market is ready. Soon enough, we’ll all know the reason why Jay Hoots is smiling so big over this new rig. 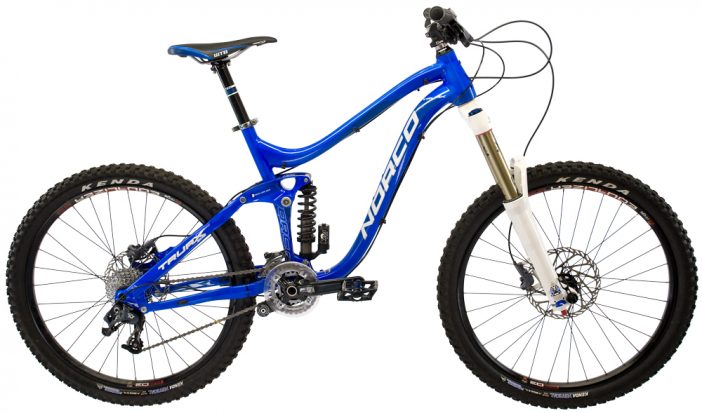 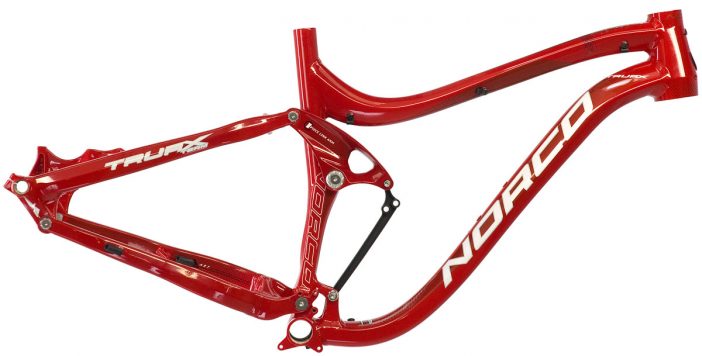 Here’s a little background from Norco.

2011 has been a great year at Norco Bicycles. The launch of Advanced Ride Technology (A.R.T) has brought both improvements and new models to the lineup including the Range, Shinobi, Vixa and Phaser models. A new model has been announced though for release Spring 2011. This all-new 180mm Freeride bike is called the Norco TRUAX.

The TRUAX is an evolution of the iconic Shore bicycles that Norco pioneered over the past decade. The original Shore was built for and named after the fabled North Shore mountains near Vancouver, BC. This fairytale dreamland is filled with ladder bridges and skinny beams suspended perilously high above the forest floor. To add to these harrowing stunts were drops, jumps and steep rock faces; the Shore is a place of great experimentation and pioneering which spawned new bicycles and riding styles.

As this style of riding has evolved and diversified, so too have the demands and needs of Shore-style riders on their equipment. The Shore style has grown to include long and fast descents, flowing trails, and drops, gaps and jumps with smooth transitions; new to the category however is the occasional climb. And this is where the new TRUAX steps in.

The TRUAX rides the line between a traditional Shore bicycle, a freeride bike and a downhill bike, pulling the best from each world and essentially creating a new style of bicycle design and intended use. Just as at home on Vancouver’s renowned North Shore as it is leading a pack of friends through the downhill park, the TRUAX makes short work of the climb up for those who chase self-access thrills as well. Lightweight, fast, nimble and adaptable, it is the one-for-all bike for those who tread on the side of steep, technical, good times over spandex-clad climbs.

Bred from the roots of the shore the TRUAX took three ideas to come into light. Versatility, Strength and Precision are the core of the TRUAX and together capture essence of the bike. Incorporatin the Norco A.R.T. suspension with innovative industrial design have made for a light, strong and unique riding experience unparalleled.