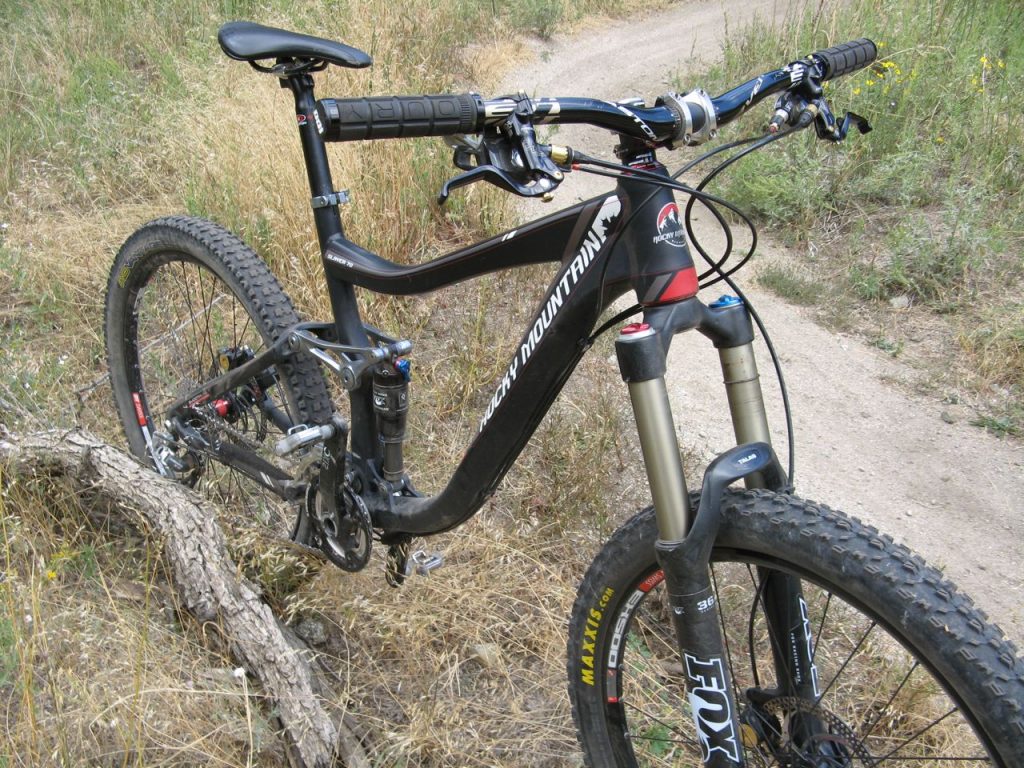 Every time I ride a Rocky Mountain, I’m taken back to my first two full-suspension mountain bikes. Both were Rocky’s and both were excellent bikes with an uncanny ability to crush the downhill. After reviewing the Altitude 29er this Spring, I have now been able to ride the all-new 2011 Slayer 70 on my home turf. What do I think? The new Slayer remains true to the Rocky’s heritage and then some. 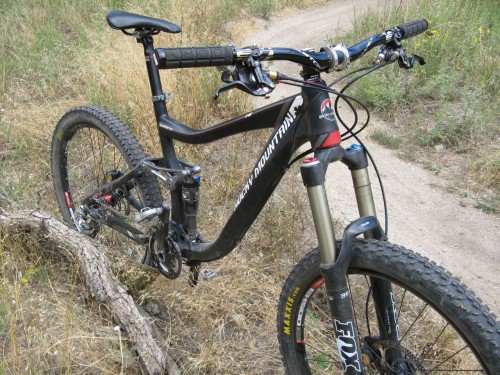 Billed as a one-bike-quiver for the gravity-inclined, the all-new Slayer 70 takes an already-superb design to a new level. With a complete re-design, the new Slayer 70 is stiffer, stronger and more capable than the previous design. While it’s not the lightest 165mm bike on the market, its 31.5 lb fighting weight (with Crank Brothers Candy pedals) is still respectable and once on the trail, those extra few pounds go completely unnoticed.

Lets talk about Rocky Mountain’s Straight Up geometry for a bit. It’s crazy to look at the frame and see the super-steep seat angle, but once you hop aboard, that tweaked geometry ends up paying off in spades. Steep and rocky climbs are no match for the Slayer as it is supremely-capable. I’ve been able to ascend up all my typical ascents in the middle-ring of the Slayer (just like my other bikes with less travel). I’m not noticing any significant difference in climbing ability and momentum — in spite of this being a much squishier bike than I typically ride. Yeah, the tires are big and heavy, but it really carries its girth well. 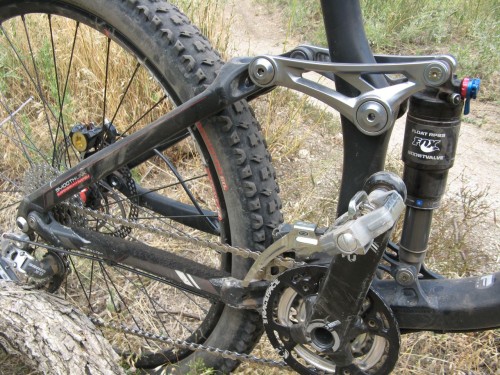 More on its climbing ability. The Fox TALAS 36 adjusts from 160mm to 120mm with the flip of a switch. While this wasn’t necessarily needed, it was welcomed on really steep climbs as the front wheel stayed put. Honestly though, I think the TALAS should be custom-made at 160/130 or 140 for this bike. At 120, you don’t really want to ride it on anything but long climbs, but with a 140 or 130 setting, I think you could comfortably ride it on more XC-type trails while still getting improved climbing characteristics.

I rode the Slayer on both XC terrain and grin-inducing downhill singletrack. In rolling terrain, the Slayer really remains nimble and fun. Yeah, it’s slower than thoroughbred XC machines, but it’s definitely not sluggish. When the terrain is tipped and the singletrack gets rough and fast, the Slayer is right at home. At the full 160mm of travel up front, I was able to really push this bike to the extreme and it just hooked up. Flying over jumps and railing berms, the Slayer shows its pedigree. 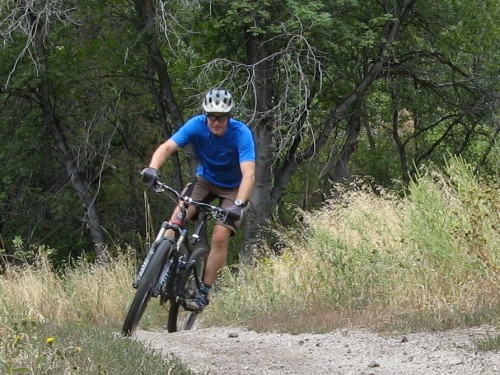 It can really be described as a playful bike on the down. All that fun does become limited when the terrain gets tight and twisty as the slack front-end does slow things down. I wouldn’t call the handling sloppy at slow speeds, just delayed a bit. No worry though… at speed and on more open singletrack, the Slayer settles in and carves nicely.

As mentioned, overall efficiency with the SmoothLink Suspension design is excellent with nothing but useful travel usage on both uphill climbs and downhill bombs. As advertised, pedal feedback and brake-jack are non-existent and the smoothness makes the suspension nary invisible so you can simply focus on having fun. I could see this bike at home for those with strong legs and big appetites for lift-serviced or leg-serviced technical descents. It can also easily be a one-bike-quiver for those who want a burly do-it-all steed.

With a great mix of new technology and predictable Rocky Mountain pedigree, the all-new Slayer 70 can be a quiver of one. I was able to climb with speed and efficiency that’s hard to come by in this class. And the downhill… oh yeah, it will make you smile.