Last week, Deer Valley hosted a media-only event with several manufacturers showing off their 2011 bike lines. An afternoon visit to the crew at Scott Bicycles yielded a glimpse into the 2011 model year with an afternoon spent riding the replacement for the current Scott Ransom, the new Genius LT.

With 185mm travel, a IMP carbon fiber front triangle and an aluminum rear triangle mated up with the new Scott Equalizer 3 shock, the new Genius LT is a versatile big hit trailbike that still has the ability to be pedaled uphill. Thanks to Twinloc and it’s light 28 lb. package, the LT can be a do-it-all bike for those who revel in the down.

On Deer Valley’s downhill terrain, the Genius LT really felt comfortable. Rolling from turn-to-turn, the bike felt like an extension of my body and the suspension was extremely supple and consistent through its travel. A flick of the Twinloc drops the rear travel and enables quick, efficient climbs or extended flat sections. I really dig the Twinloc system… it’s kind of like having a 3rd shifter to change the bike on-the-fly. Face it, most shocks and forks have lockouts or travel adjustments but you rarely use them. With Twinloc it’s a simple as pushing a button, so you actually use it.

I was able to rail down rolling and fast singletrack as well as snake my way through some of the tight, twisty and technical trails features at Deer Valley. All conditions were met with a stable-feeling bike that could take a crapload of abuse. 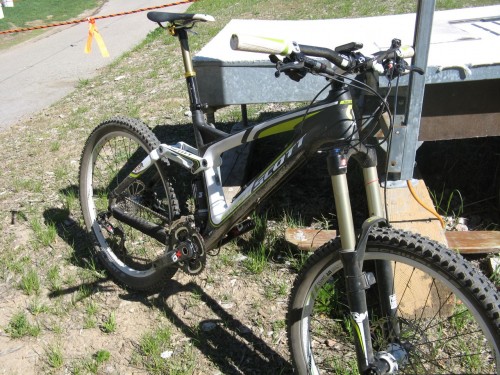 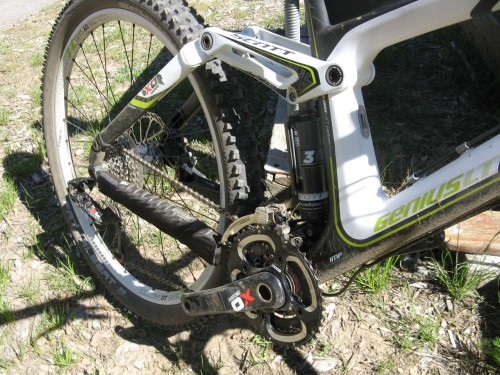 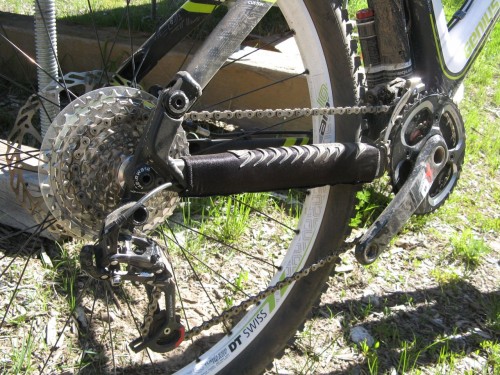 The LT package is clean looking and is rounded out by the 2011 SRAM X0 30-speed drivetrain. In my couple of hours in the saddle, the X0 grouppo provided some of the smoothest shifting I’ve ever experienced. I’m looking forward to riding more bikes with X0 3×10 and 2×10 drivetrains in the future.

Specs on the LT are forthcoming, but you can watch the following video from Scott Montgomery explaining a bit more about the Genius LT: