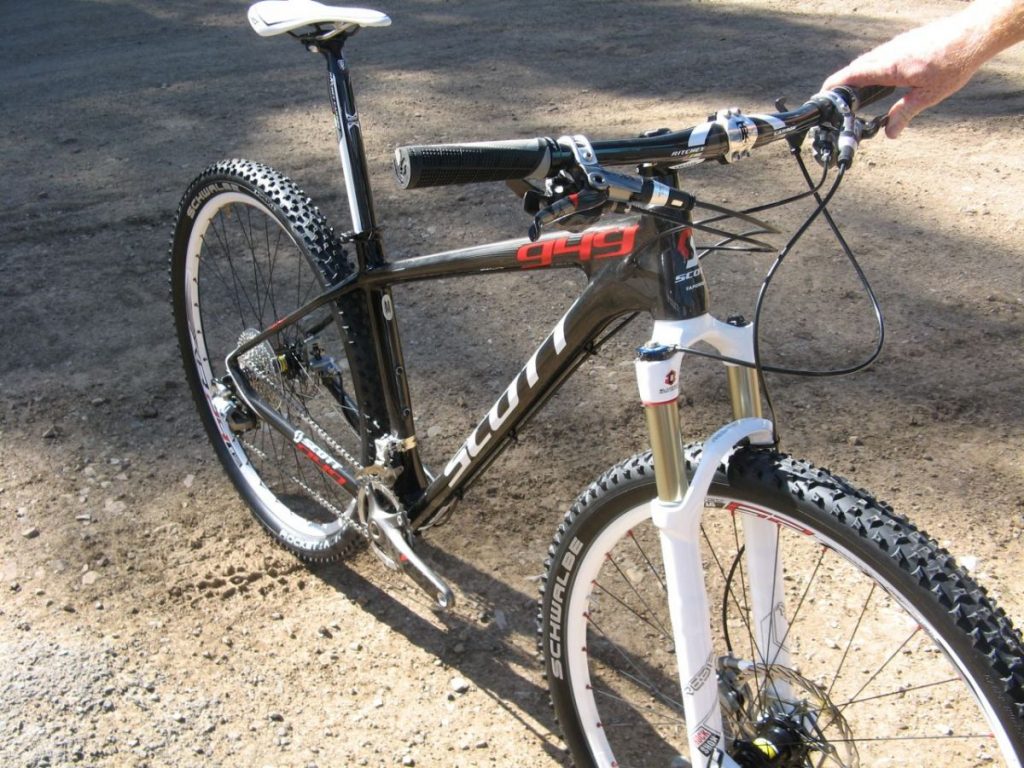 Another gem from last week’s PressCamp event was the new Scott Scale 29 carbon that utilizes the entirely-new frame construction and carbon layup. This frame hits the scales at 949 grams, which likely makes it the lightest full-carbon 29er on the market today.

On the heels of the success of the 2010 Scale 29, the full-carbon rides will be available in two trim levels starting at a wallet-friendly $2499 for the Scale 29 Pro. Three aluminum models will be offered with the entry-level Scale 29 Comp coming in at $949.

Notably, the construction of the new Scale framesets makes for a stiff, light and compliant ride. With Scott’s legendary carbon fiber capabilities, the new frames look great and a quick lap on the Scale 26 (dubbed the 899 launch bike) yielded a compliant but responsive ride. Unfortunately, the lone Scale 29 (pictured below) was unavailable for riding. 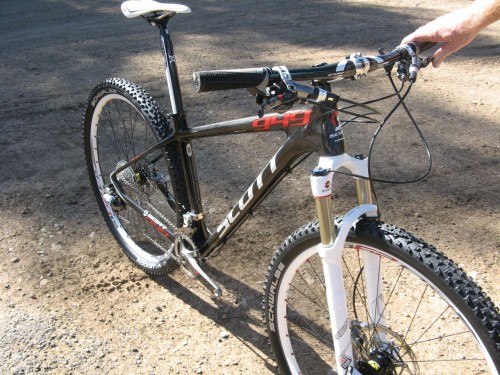 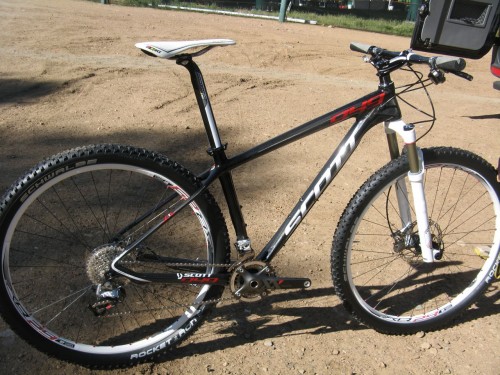 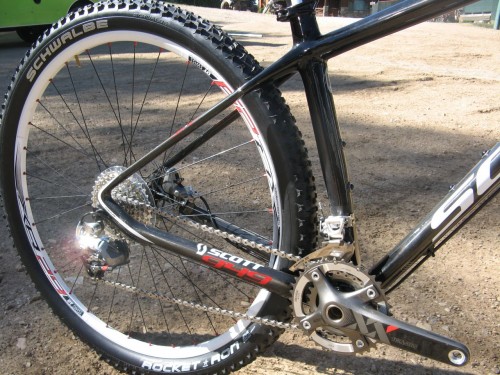 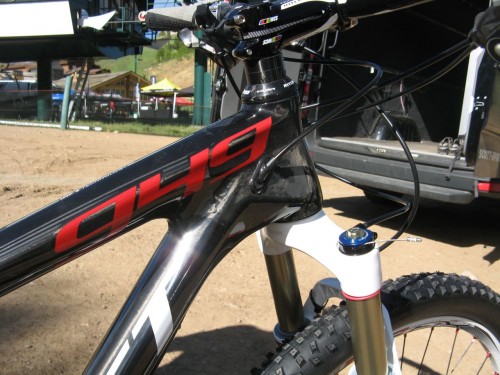 My bets are on the Scale 29 Pro model to be one hot-selling bike once it hits showrooms this Fall. The specs are solid with a lot to offer for the money. The above photos are of the RC model ($6299), but the Pro’s specs are below. I think you’ll agree with me that the Pro will be hard to beat at its price.

More Info: Visit Scott-Sports.com For Details on the 2011 Scale 29 Pro