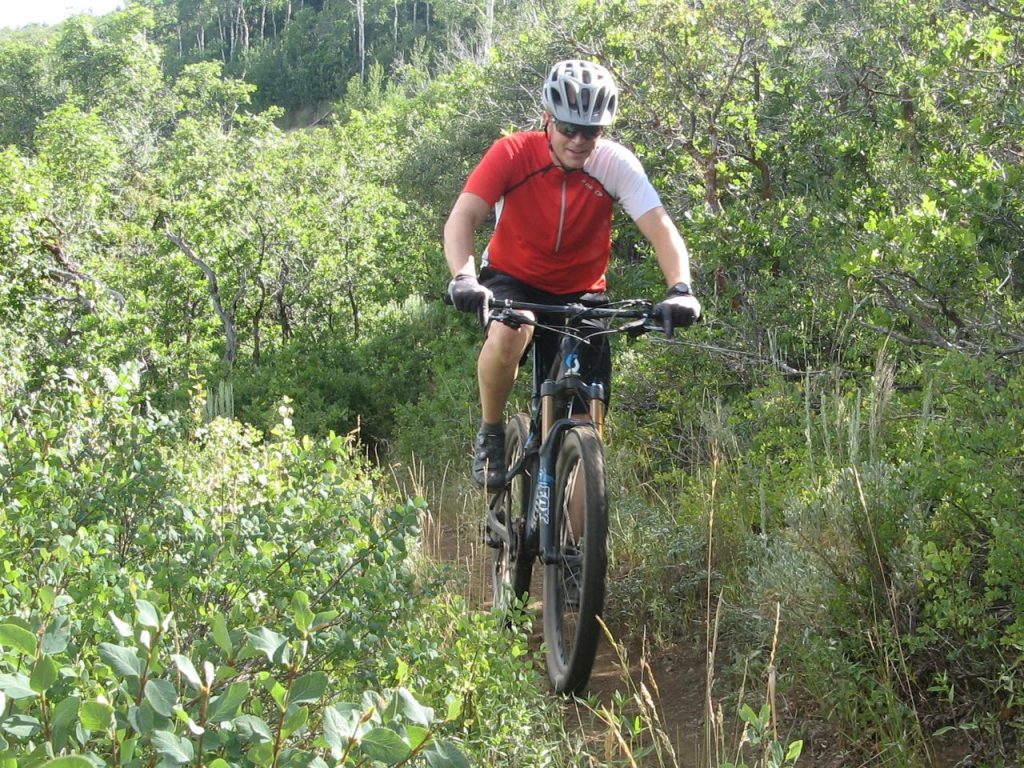 Dealer Camp is awesome. Tons of new bikes and gear and epic singletrack to try it on. Man, it sure beats Las Vegas any day. I rolled into the event a little late and my 650B hopes were nearly dashed by the mile-long line waiting to ride the new Scott 650B Genius 700. In the end, a little help and a little luck landed me with some quality time on the 2013 Scott Genius 700. 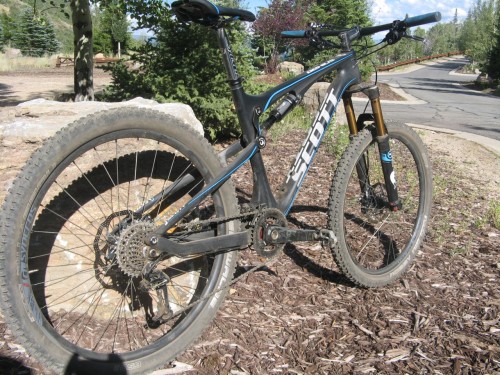 With a little over an hour in the saddle, I set out to climb, descend and snake through as much Deer Valley singletrack as I could. I skipped the chairlift — opting to climb up the trails instead. My initial, steep climb up a fire road from the Snow Park base area let me know a little bit about how this bike would handle. It felt fast on the uphill and only had a smidge less rolling power than a 29er, but accelerated quicker.

After tackling the fire road, I dipped into the aspens where the singletrack winds up-and-up with tons of switchbacks. The first thing I noticed was how I could fly through uphill switchbacks without feeling like I needed a wider trail. I just kept hammering and the bike tracked up and around the switchback without an ounce of hesitation or wander. “That felt cool,” I thought to myself as I conquered switchback-after-switchback on my way out towards Deer Crest.

I made use of the traction and descend mode throughout my ascent. I wanted to test each modes out, so I did. Descend mode is best suited for, well, descending. But, in that mode, the Genius 700 still ascends well. It’s just that once you pop it into traction mode, you immediately realize just how awesome climbing can be. The bike hooks up in both seated and standing climbs and propels you up as long as your legs can go. 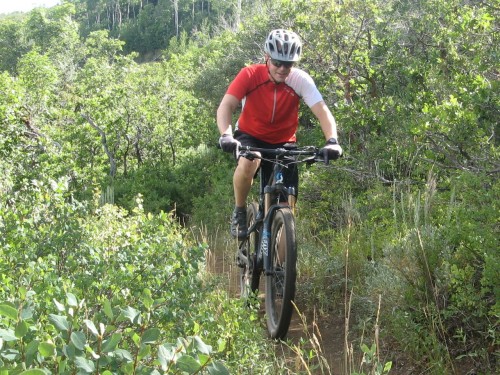 The Genius 700 is playful and fun while remaining smooth. Not once did I feel the front wheel flop that plagues many 29ers. Instead, it tracked smoothly and kept going ahead even under the steepest of climbs.

When things pointed downhill, the Genius 700 really started to come into its own. Granted, the suspension settings needed some tweaking, but the overall feel of the bike was comfortable and predictable. I found myself playing with the rollers and dropping off stuff just for fun. Lay this bike down and it responds. I didn’t once feel like I needed more traction — the 650B Schwalbe Nobby Nic tires hooked up instantly and held their line in every situation.

With more time, I’d be able to get the suspension completely dialed. As it was, I was able to get comfortable and experience just how awesome the Genius 700 and the 650B wheels are going to be.

The 650B wheel size has found a good following and the all-new Genius 700 sets the tone for the market’s new darling. With 150mm travel front and rear and the patented TwinLoc  system, the 700 climbs with precision and descends like it should. I had a great time on it and really look forward to more time in the future.