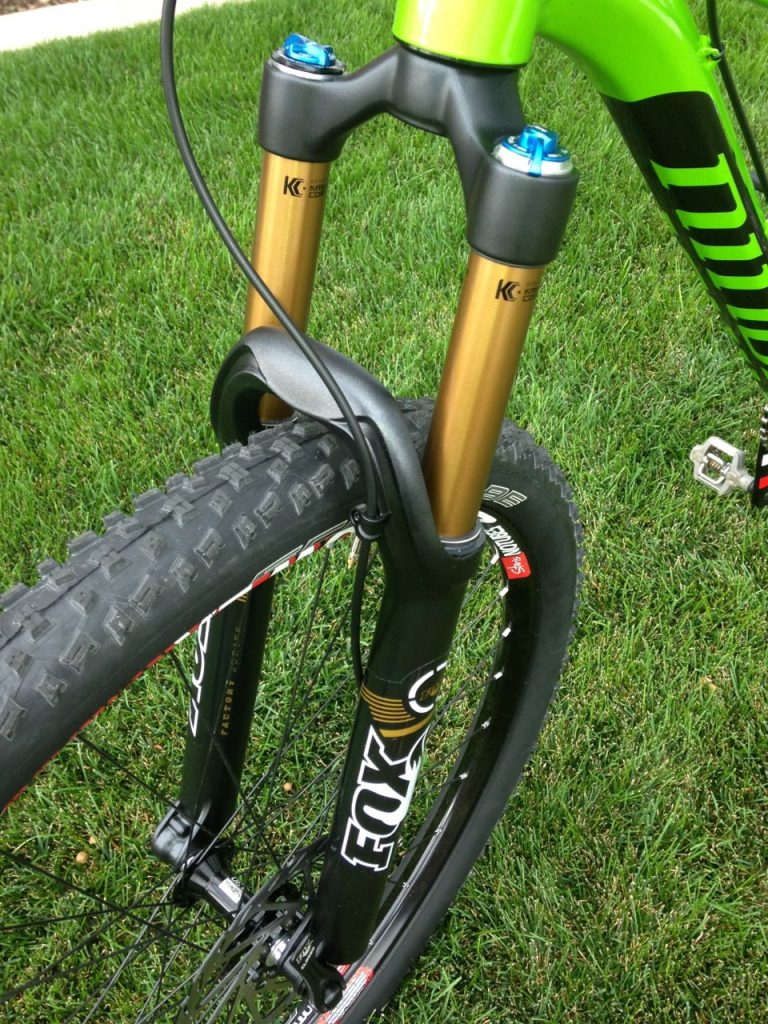 As the stock fork on the latest Niner RIP 9 4-star build, the Fox 34 TALAS 29 fork has been the perfect match for this versatile trailbike. The stiffness combined with smooth, adjustable travel has helped the RIP achieve superbike status. 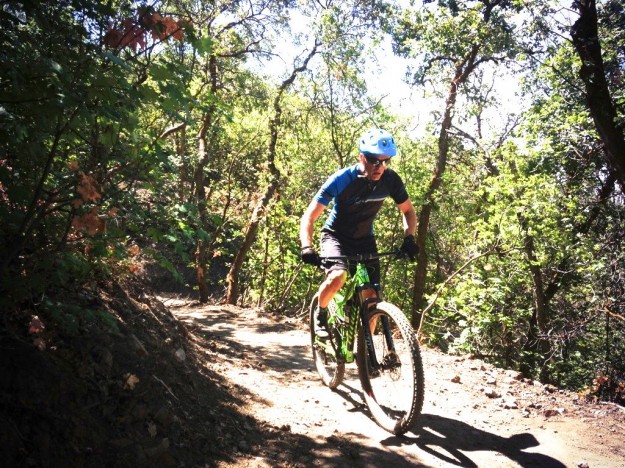 Standard-issue on the 2014 Niner RIP 9 4-Star Build, the 2014 Fox TALAS 34 CTD is the perfect companion for this an any 29er trail bike. For 2014, Fox revamped their CTD (Climb/Trail/Descend) damper for improved performance. As is typical, I did my best to tinker with every adjustment to determine how the ride characteristics changed and I’ve got good reports for this one.

The 34 TALAS 29 features 34mm Kashima-coated stanchions. The result is reduced friction throughout the stroke — especially during the initial part. I’ve ridden both standard and Kashima-coated forks and the difference is noticeable, but does come at a price. When introduced, the trademark gold color was a something of a status symbol and it still is, but regardless of function, the new all-black stancions on the latest RockShox offerings is arguably more fetching. Looks aside, initial movements are consistently smooth, resulting in improved small bump sensitivity.

The 34mm stanchions look substantial without being overbearing and on the trail they provide noticeable lateral and fore/aft stiffness over the 32mm lineup, which I rode extensively this summer aboard the Ellsworth Evolve Carbon. 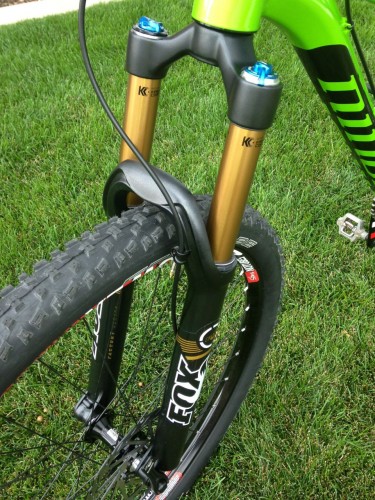 All the Fancy Knobs and Dials

Surely, with all the knobs, switches and dials on the TALAS, I’d fill my rides with tinkering. Well, actually, the best part about this fork is that the only regular tinkering that I did was to flick either the TALAS or the CTD levers. I just set the pre-load to the proper setting and dialed in the rebound to the middle and off I went. For most riders, following that recipe will suffice. Further tinkering can be had for the astute riders, but as it was, I felt I was getting the best of the fork without feeling the need to tweak things endlessly — instead I decided to enjoy the ride. Read the 2014 TALAS manual to learn more about tuning this fork.

While riding, both the TALAS and CTD levers are fairly easily-flipped. Yes, bar-mounted levers would be even easier, but it’s acceptable to reach down when needed and only every so often would I find myself in the wrong setting and unable to switch.

Though my experience with the first-generation CTD was positive, it turns out that it suffered some performance issues. I’m happy to report that my testing thus far has been as I would expect. Quite honestly, I tend to spend most of my time in Descend mode and just flip the TALAS switch on extended climbs — using the reduced travel to improve climbing performance.

With modern full-suspension bikes, the best way to power through a long climb is to do so in the saddle. Doing so, resulted in a smooth climbing fork that absorbed big stuff, but stayed still so long as I remained in the saddle. As mentioned, I kept it in Descend mod most of the time and the only time that became not-so-good was during standing efforts up steep pitches or to sprint up to speed. So, If I knew those were in order at some point in the climb, I’d just switch it to Trail mode and enjoy the platform that prevented it from diving too far into its travel at low speeds. Beyond that, I really only switched it to Climb mode to test out the platform and would only use it for pavement climbs.

While descending, I was impressed by the instant tracking and overall smoothness of the TALAS. The larger stanchions offer noticeable stiffness and the fork simply goes where it’s pointed. As far as the suspension performance goes, it was able to absorb large hits and respond in succession after being highly compressed. Where it fell just a bit short of the RockShox PIKE was in the area of small bump compliance — most notably with high-speed stutter where it became less responsive or “packed up” just slightly. Dialing-in the compression rate is only effective in Trail mode, but did make a difference — however I usually descended in, well, Descend mode so those adjustments were less useful for me. 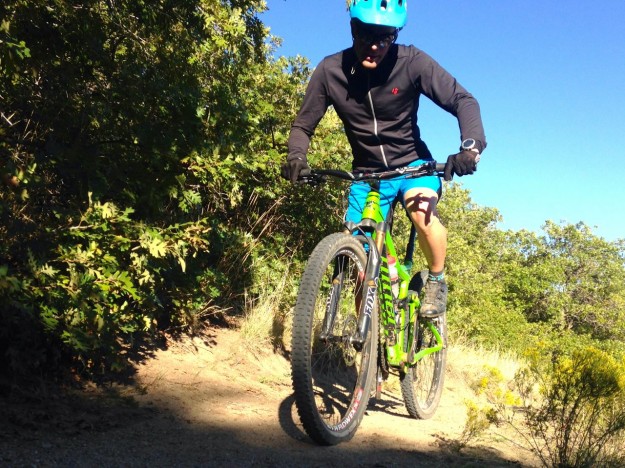 The main feature of this fork is the TALAS adjustable travel. TALAS comes with a minimal weight penalty and, in turn, can transform the climbing ability of your bike. In the case of the Niner RIP 9, the TALAS travel reduction from 140mm to 110mm made a noticeable difference in climbing ability by lowering the front-end and improving efficiency.

Keeping the front-end down on 29ers is important and the 34 TALAS delivers that on-demand. It’s easy to reach down and flip the lever. Just remember that flicking it away from you is 140mm and towards you is 110mm. While in 110mm, the fork remains smooth and responsive in its travel with pretty much the same feel — just with less travel. I was grateful for the maintained ride quality in 110mm mode for times when I forgot to release the hounds or couldn’t do it safely. Steering was, of course, more aggressive, but never felt sketchy.

With a compatible bike, the Fox 34 TALAS 29 is quite the weapon as the adjustable travel combined with refined ride characteristics is hard to beat.