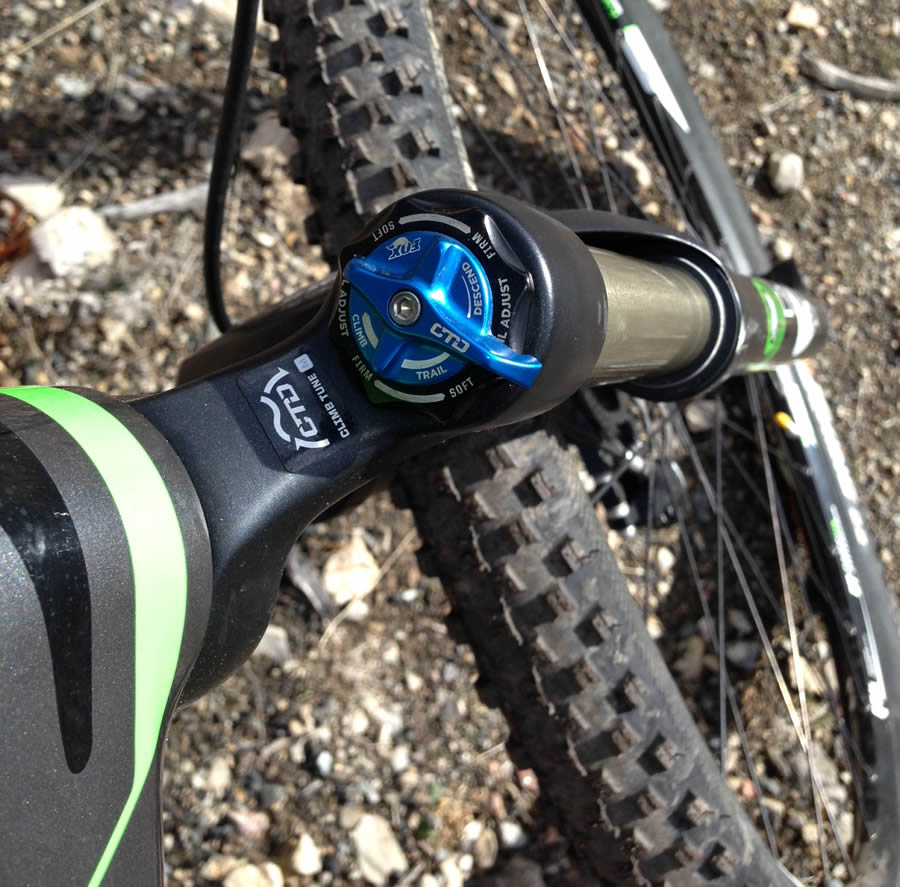 Mountain bike suspension setup crossed into rocket science some years ago. I don’t recall exactly when that happened, but it did. For those lucky enough to have a scientist friend or to have been blessed with built-in pocket protectors, you’re in luck. But, for the masses, many have been wallowing in suspension mediocrity simply because their bikes are set up for a 500 lb. gorilla.

Luckily, while suspension technology has continued to advance, designers have started to admit that they have crossed the line. In recent years, we’ve seen innovations such as Specialized Autosag to help riders adjust their suspension. And this year, RockShox changed from Dual-Air to Solo-Air in their entire fork lineup, thus eliminating half of the setup process and (I’m told) with negligible performance reduction.

Well, this year, Fox is introducing two major advances to help riders set up their bikes and, most importantly, give them simple settings for foolproof ride-tuning. With Intelligent Ride Dynamics, Fox has launched an iPhone app that facilitates shock setup with video overlays and suggested settings based on your personal input. It will also save profiles so you don’t have to remember every detail. For starters, it will work with Fox FLOAT and DHX rear shocks and TALAS and FLOAT 32/34 forks. I’m anxious to give that a try, but I’ve been equally stoked to take the new CTD (Climb/Trail/Descend) out for a spin.

How Does Fox CTD Perform?

As it turns out, late last Fall, I had the Rocky Mountain Element 970 RSL BC Edition at my disposal. This bike was equipped with CTD on both the FLOAT rear and TALAS front shocks. The BC Edition is a perfect candidate for CTD since it’s built to tackle technical ascents, challenging trails and jaw-dropping descents in stride.

After properly setting up the preload air settings, I then set both rebound settings right in the middle of the spectrum, then fine-tuned from there. Once that was done, I was ready to try the CTD system in action. 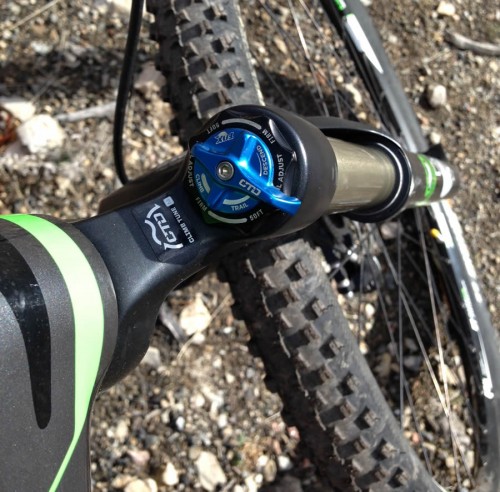 Since the BC Edition wasn’t equipped with bar-mounted CTD levers, the switch between settings wasn’t as dynamic as it could have been. That said, I did find myself reaching down and making the switch on-the-fly, when necessary — especially on descents.

In the past, I’ve rarely messed around with lockout settings and/or ProPedal because it’s been a hassle to get right. I do it to the extent I need to get it into a good trail tune, but not much more than that. So it was refreshing to find the simplicity of CTD could be enjoyed without breaking out a slide rule.

I found myself switching between modes and reaping the benefits. In climb mode, the BC Edition really felt planted and efficient. Trail mode was where I admittedly spent most of my time (as it should be). This no-fuss mode will work well for most riders and most trail conditions. If I were to leave it there, I’d be plenty happy, but switching is so easy, so why not use them all?

Where I was really impressed was with the descend mode. As I mentioned before, I rarely made adjustments outside my typical trail-tuned suspension setups, but with CTD, I could easily switch to descend mode and dramatically change the ride characteristics for pure enjoyment. In fact, one of my final rides of the year was had in American Fork Canyon’s legendary singletrack. We hit it just before the first snowstorm of the season and the descend mode was truly like having an ace in the hole on the twisty, rocky descents. It’s amazing just how much a flick of a little blue lever can do.

Fox has been pushing suspension design every year and always comes out with something newer and better. This year’s CTD release is refreshingly different than all the technical jargon because it easily resonates with the average rider. It’s not too difficult for anyone to understand the terms, CLIMB, TRAIL and DESCEND. And, it certainly won’t take them long to reap the benefits of each.

For me, the descend mode was the most welcomed, but each setting was worthwhile and useful.