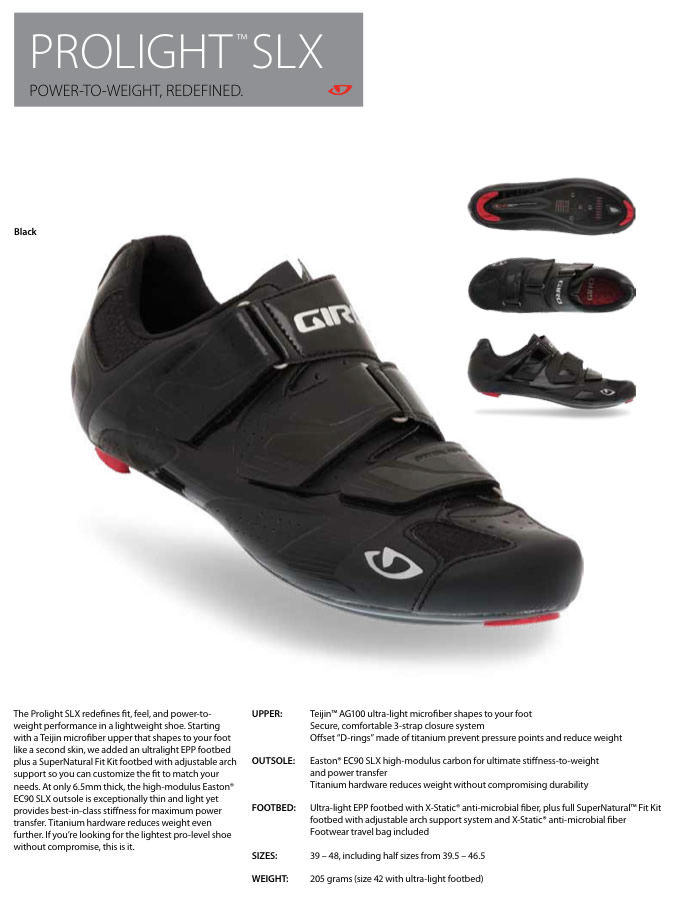 Giro to Launch High-end Road and MTB Shoes for 2011

With superstar Levi Leipheimer dancing in Giro prototypes for the past year or more, Giro makes it official and has released the details on their new high-end road and mountain bike shoe lineup for 2011. These shoes have been tested in The Tour de France, Leadville 100, The Tour of California and The Tour of Utah by Levi himself. With several podium finishes already, the new lineup has an impressive record — even before the public can get their feet in them.

With prices starting at $199, the new Giro shoes won’t come cheaply, so they better be comfortable and durable on the trail or on the road. For those of you who remember their first ill-fated attempt at footwear, these shoes have little in common with that pilot project gone bad and look to be a welcomed entry into the high-end cycling shoe market. Look for them at your local Giro dealer sometime in January 2011.

Here are a few details on the top-end Prolight SLX road shoe and the Code mountain shoe. Additionally, the SuperNatural footbeds are below. (Click each image to view larger.) 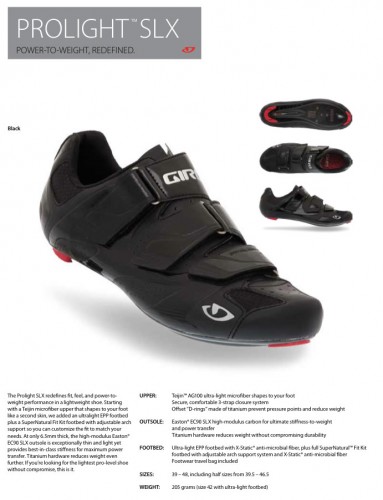 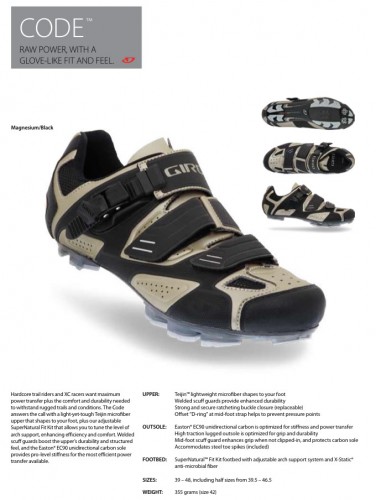 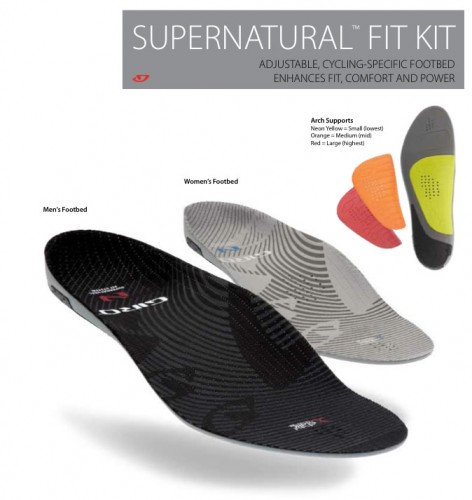