Let the drooling commence… Interbike 2006 was once again like a bunch of kids in a candy store. As mountain bike technology evolves, so do mountain bikers. Just four short years ago, I was satisfied pedaling a 40+ lb. freeride machine uphill just to enjoy the plush ride back down. Now, that kind of girth just won’t fly–thank goodness bike manufacturers feel the same way. So, consider 2007 the best evolution of the mountain bike species to date. Refinements, tweaks, enhancements, modifications–all great adjectives to describe the crop of bikes and accessories that will hit your local bike shop soon. Here’s my take.

Editor’s Note: This article is old and crusty. If you’re looking for old bikes, you’ve found your place, but if you are looking for the latest mountain bikes, visit the Mountain Biking section. 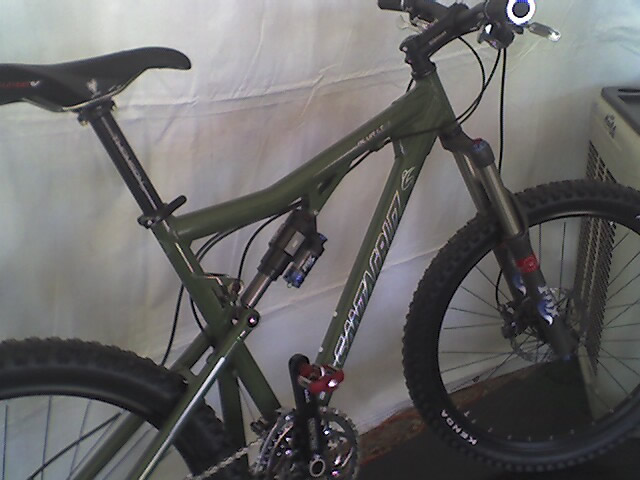 I didn’t get a chance to ride any “totally new for 2007” rigs, but the ones I did ride were representative of some of the evolution of the best trailbikes on the market today.

I was particularly impressed with the Santa Cruz Blur LT, which represents everything that a trailbike should be. It pedals well and is well-mannered in flowy singletrack and rock gardens alike. Not too far behind is the venerable Santa Cruz Nomad, which gives that much more squish, but with a bit less “instant on” power. 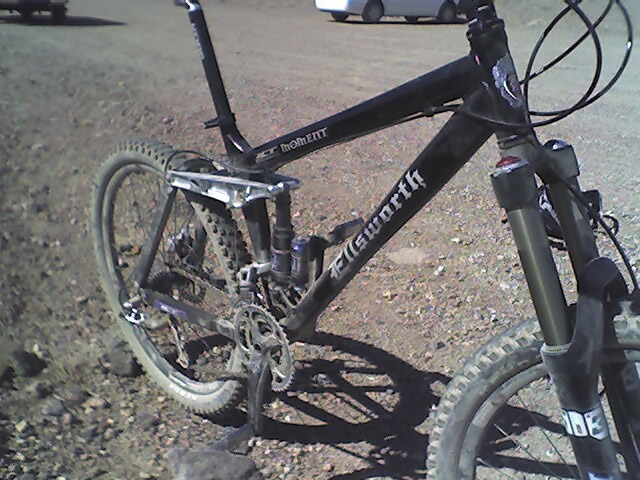 The best squish machine of the day goes to the Ellsworth Moment. While I say squish machine, I say that in a loving way because the Moment is anything but a pig. It represents everything that an all-mountain “freeride” bike should be. The Moment can hang with the best of them in all conditions, plus pedal back to the top.

The classic Turner 5-Spot is one of the best long-travel XC machines on the market. Unfortunately, the RFX was never available in my size, so I didn’t swing a leg over what continues to be my all-time favorite mountain bike. Check out my review of the 2002 RFX and you’ll know why. And, the Chumba EVO is an innovative entry into the all-mountain XC market that was fairly disappointing.

Giant also looks to cash in on the success of the Reign frameset with variations on the design. The shock housing has been beefed up and re-sized to accommodate piggyback shocks like the Fox DHX Air and coil-over designs. The Giant Reign XO looks to provide 6.7 inches of travel via a Fox DHX Air in a solid all-around package.

Though not at the Outdoor Demo, I couldn’t help but be impressed with the all-net Felt Redemption. This rig looks amazingly solid with 6 inches of travel front and rear and sporting a long-travel version of the company’s patented Equilink Suspension design. The Equilink is a simple, yet effective evolution of the rocker-arm suspension design. The Equilink bar connects the rocker arm with the swingarm just behind the seat tube, thus counteracting both rider input and pedaling forces–propelling you forward more efficiently. The Redemption is one rig to look for as the sleeper of 2007. Very solid looking indeed… 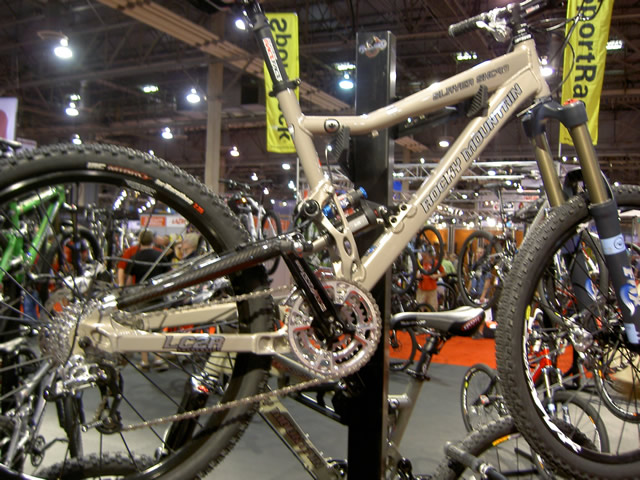 Speaking of evolution in design, Rocky Mountain has introduced an entirely new Element and a Slayer SXC design. Both new frame designs employ a carbon fiber seatstay. The frames look pretty darn cool. And, the SXC has a pivot on the seatstay, which the traditional Slayer does not. Based on my rides on the Slayer, that extra pivot should make the SXC much livelier than the Slayer and more adept at handling small stutter bumps.

Looks like Specialized has decided to take their “Brain” suspension technology in-house for 2007. Their entirely new rear shocks for the Epic and Stumpjumper on display at their top secret booth show some great evolution in the design. I’m sure the offering from the Big S will continue to be solid performers. 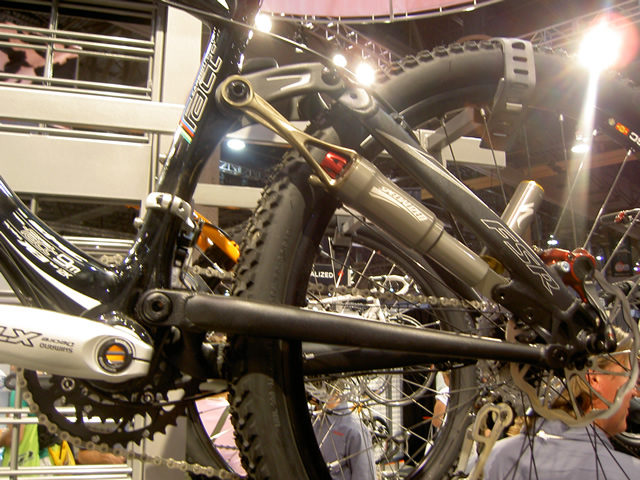 Wandering the show floor, I couldn’t help but feel like we were back in the early 90’s. Flashy pink and blue anodized accessories abound, ready to be the finishing touch that pimps out your ride. Tops on my list of tiny bits for your ride comes from Crank Brothers. Riding high on the success of the Eggbeater pedal, Crank Brothers is taking their innovative, yet simple engineering skills to other parts of the bike. new hollow-core stainless and aluminum Cobalt crankset, svelte titanium Cobalt bottom-brackets and… a new enduro platform pedal called the Acid (hopefully coming to the States soon, hint, hint).

RockShox has done well mating with venerable SRAM and their new designs look to be the best fork offerings for 2007. The new RockShox Lyrik (which totally impressed me at the Outdoor Demo) will give the Fox 36 a run for the money in the long-travel market. 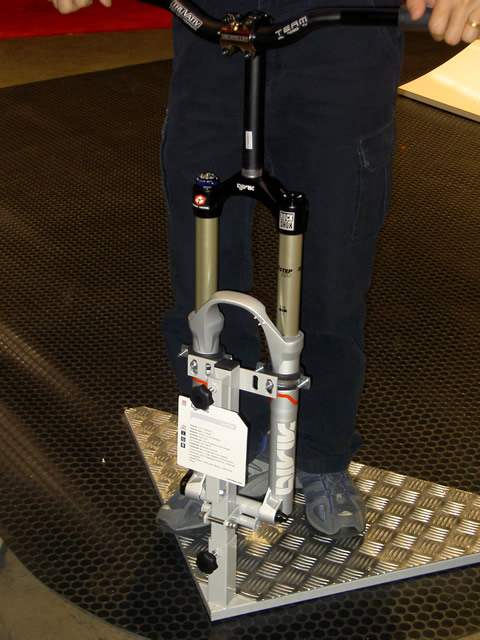 Shimano is doing their best softshoe to work their way out of the hole they dug when they tried to force integrated shifters and levers on the masses. Their experiment in Dual Control really went out of control as it flopped hard. Now, the introduction of the new XTR, XT and LX drivetrains, Shimano is finally showing their abilities in the face off stiff competition from much-nimbler SRAM. Now, most of you know my angst against Shimano since the whole Dual Control thing. But, after playing with the new XTR line, I actually pictured myself liking it. The entire line, XTR, XT and LX has separate shifter and brake lever packages, but XTR does still have a Dual Control offering–albeit MUCH, MUCH improved and slimmed down. I was impressed.

Yakima continues to push their new designs throughout their line. The introduction of the Highroller shows us that the rooftop bike carrier can be sexy and sturdy. Check it out at dealers in early 2007.

Just a quick overview of my thoughts from Interbike 2006. Stay tuned for quick reviews of the bikes ridden at the Outdoor Demo. 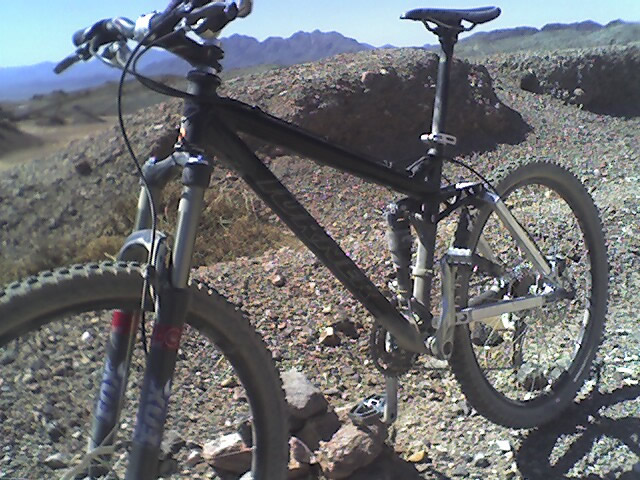 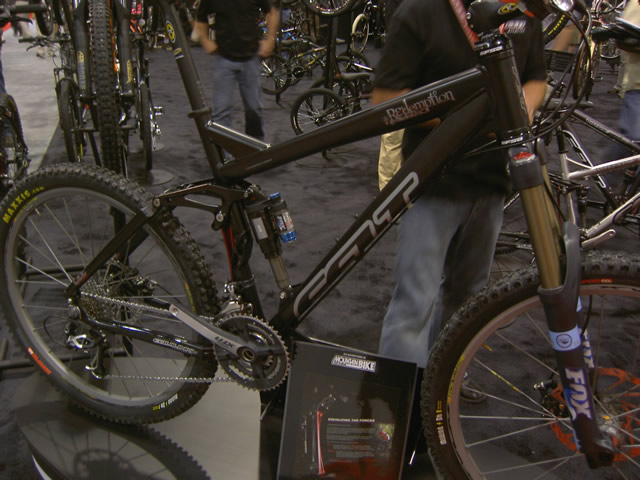 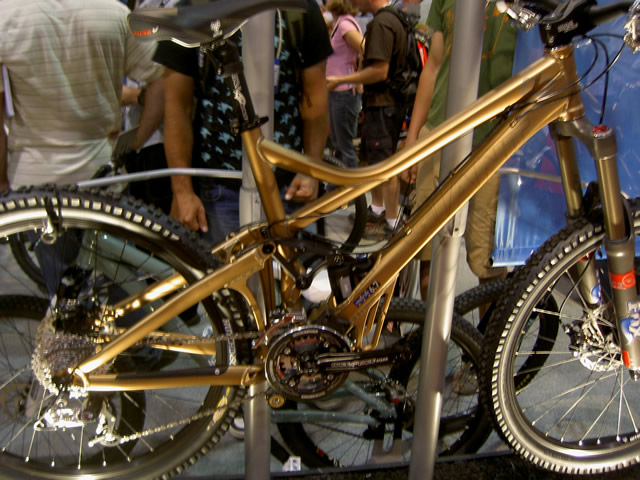 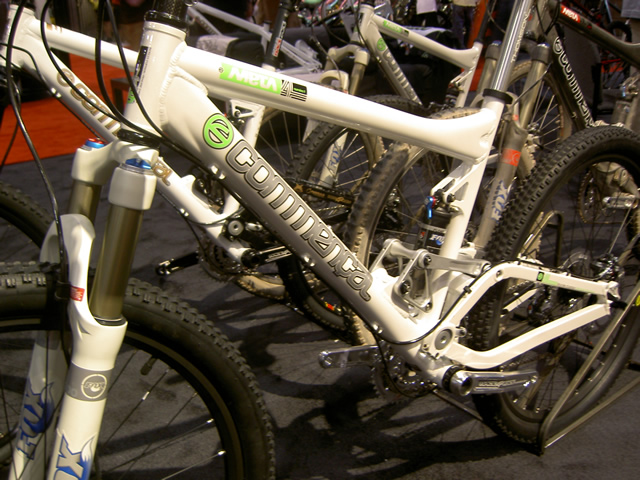 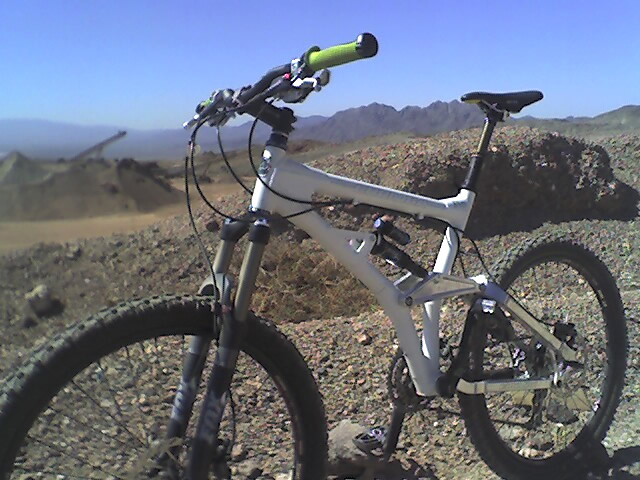 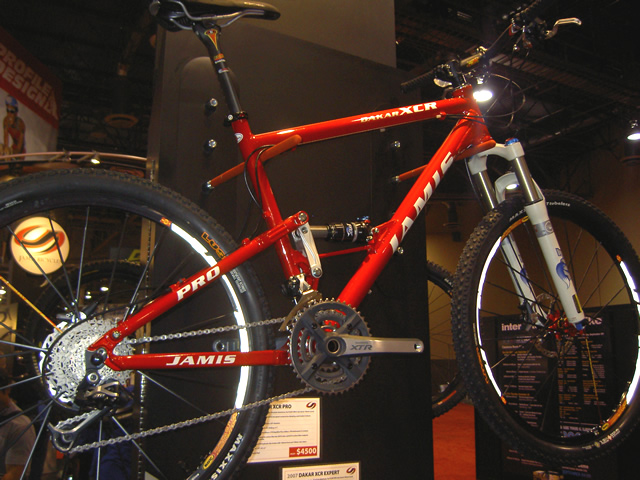 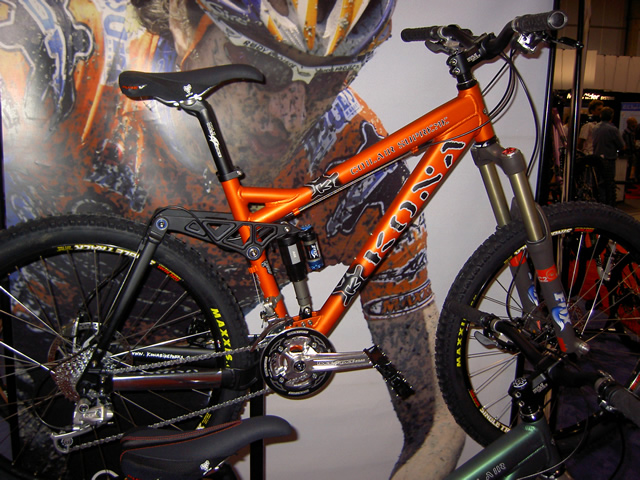 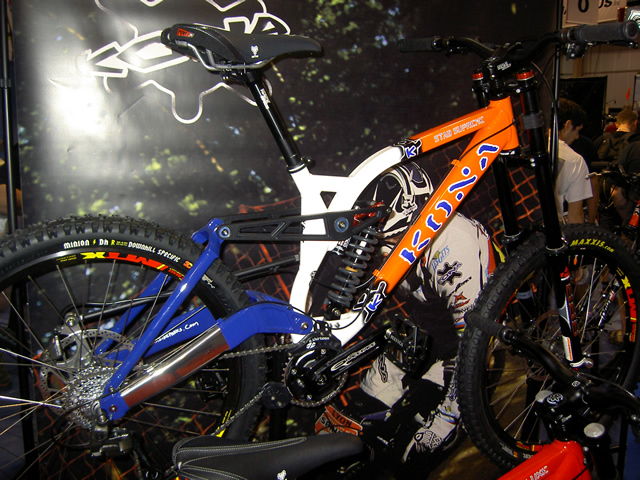 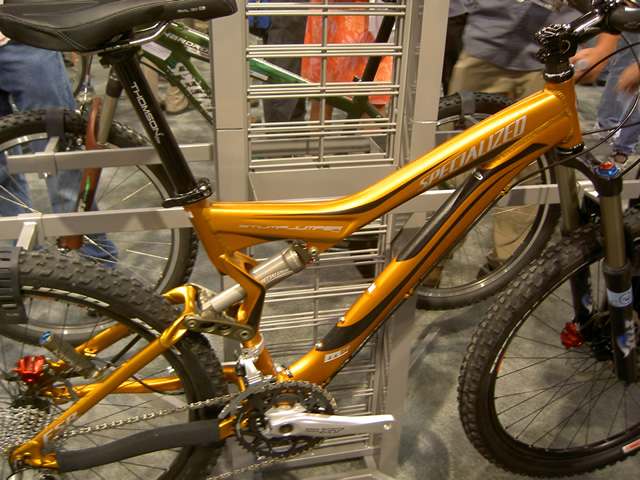 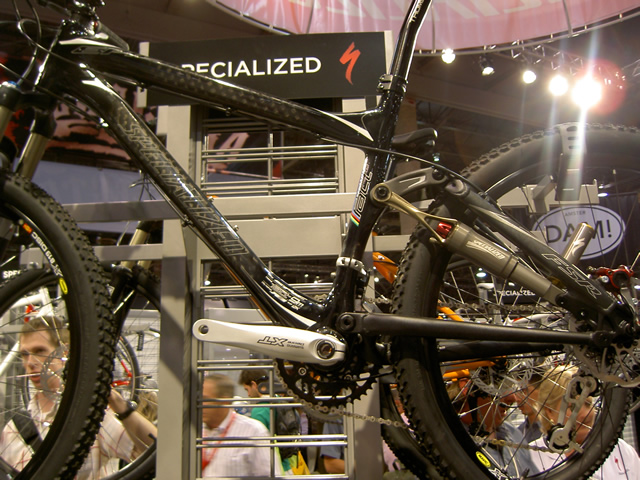 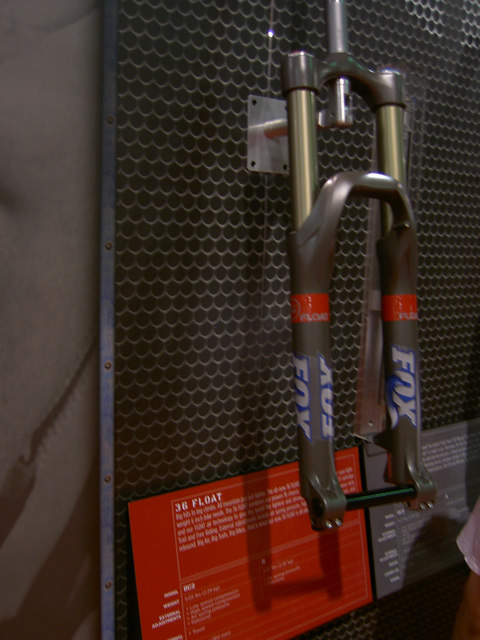 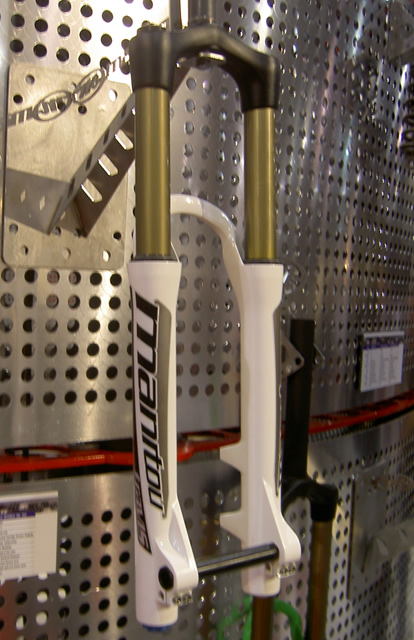 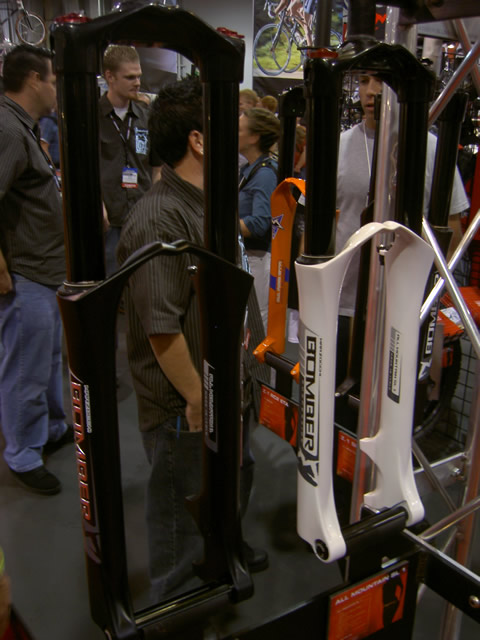 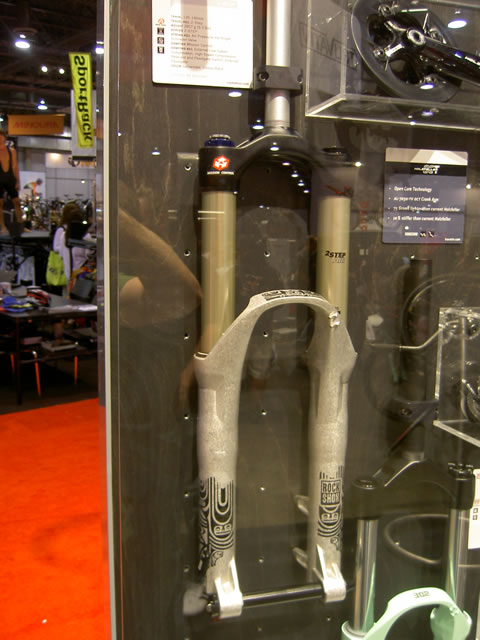 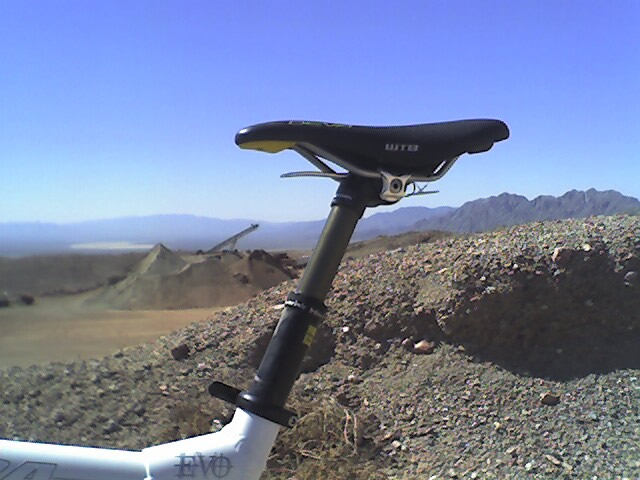 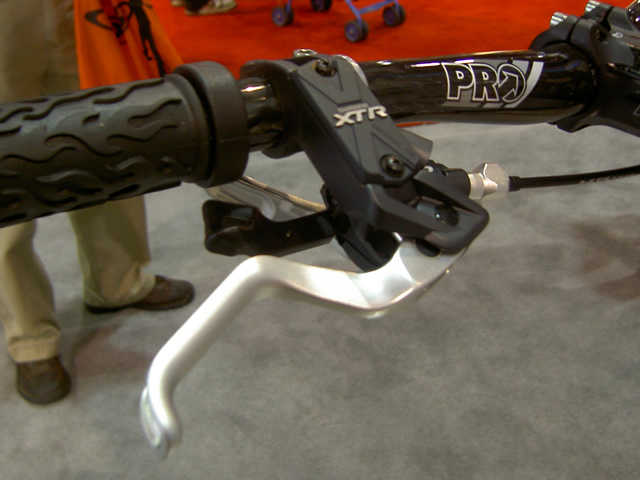