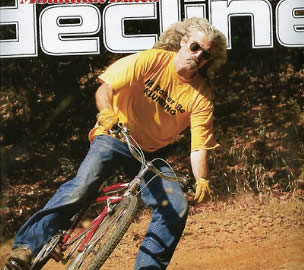 Klunkerz: a Film About the History of Mountain Biking

Billy Savage’s film Klunkerz extended its’ trail of accolades as it won the “Cycling Film of the Year” award at the first ever Competitor Film Festival, held in conjunction with the Seventeenth Annual Competitor Magazine Endurance Sports Awards. The star-studded event took place at the Nautilus Pavilion at Sea World in San Diego.

The documentary film Klunkerz examines the genesis of the sport of mountain biking, tracing it’s origins to a small group of friends in Northern California’s Marin County in the late 1960’s and 1970’s. The film includes interviews with many of the sports’ pioneers and some of the more obscure characters that influenced them.

From “Breaking Away” to “Klunkerz”

In attendance with Savage were cycling legends Gary Fisher and Charlie Kelly (both featured prominently in the film) and over six hundred of the world’s best endurance athletes. The award was presented by Dennis Christopher, star of the groundbreaking 1979 mainstream cycling film Breaking Away.

“I am honored and humbled to be the recipient of this award,” commented Savage. “This is for all of us, the cycling pioneers who trusted me to tell their story, and the amazing crew who worked so hard on this film. Thank you.”

Kaiser Permanente was the presenting sponsor of this year’s event, which was created as a benefit for the Challenged Athletes Foundation, having raised over $8,000,000.00 to cover expenses for disabled athletes.