The area around Brian Head, UT is home to some of the finest, relatively unknown, singletrack in Utah. Typically, areas in Southern Utah such as Zion Canyon, Bryce Canyon and Moab are sweltering in the summer months, while temperatures around Brian Head remain relatively cool and rarely reach above 90-degrees. For that reason, this area offers plenty of untapped potential to those seeking relief from the unbearable riding weather that is typical of Southern Utah.

My first experience with the trails around Brian Head was nearly 3 years ago. A friend recommended we try the Navajo Lake and Virgin Rim Trails and said they were the best manicured singletrack he’s ever ridden. After one unforgettable day during Labor Day Weekend, where we only saw 2 other bikes during the entire loop, I had been dying to get back to the trail and ride it again.

After a comfortable night’s stay in the “Super 7 Motel” (hey, they had ESPN to watch the US World Cup Soccer game) in Cedar City UT, we made our way up Cedar Canyon, directly east of Cedar City. The views driving up Cedar Canyon are breathtaking, with the red rock cliffs of Cedar Breaks National Monument looming above and winding roads lined with Aspens–you can’t help but marvel at the beauties of Southern Utah. 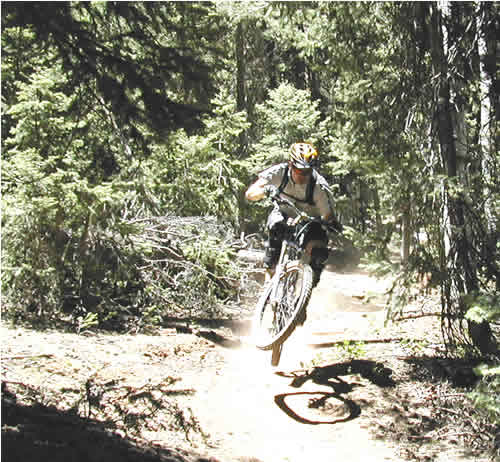 Arriving in the small base area that services Brian Head Resort, we popped into a few shops to get an idea of which trails we should consider for the day. Unfortunately, we didn’t have another vehicle to shuttle with and most of the shuttle services were running on a limited basis, so the most appealing downhill rides were out of our reach. Bunker Creek, Dark Hollow and Blowhard (all serious downhill shuttle rides) would have to wait for another day.

Our first shop was Brian Head Sports, where we were deeply disappointed at the lack of trail knowledge or maybe their overall lack of customer service. The employees never seemed to have any time to give any good information on any of the area trails. I wanted to find out if anyone had any info on the trails around Elk Meadows Ski Resort (about 1-hour north). I had ridden there and found some great trails, but I wanted other first-hand accounts of the area for a possible trek north. They were too concerned with the small group (6-8 riders) that was going out the door and nobody had even thought of riding around Elk Meadows. They looked at me like I was crazy. I could not believe that nobody had ventured only 1-hour north to explore that area. I guess I’ll just have to keep exploring that area without their help. Someone’s missing out here and it won’t be me!

We left the shop, very unimpressed. So, we headed to the Brian Head Resort Bike Shop where we presented our first trail of choice–the Lowder Ponds Loop Trail.

The employee quickly whipped out a map and began telling us where to go and how the trail was. We were stoked to finally get some real beta on the trail. He recommended the Lowder Ponds trail and gave us some pointers. We quickly made our way to the trailhead at nearly 11, 000-feet, just shy of at Brian Head Peak’s 11,307-foot summit. 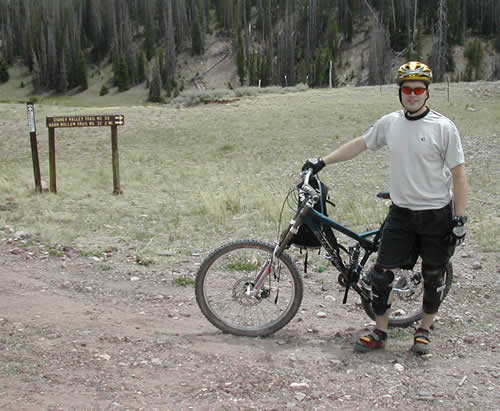 The trail begins at the parking lot just below Brian Head Peak and begins on the Sydney Peaks Trail, servicing Dark Hollow and Lowder Ponds. After about a mile, veer right on the Lowder Ponds trail. This section is a great downhill ride, with descents through wide-open meadows and some loose shale.

After arriving at the first pond, we noticed the next section of trail is called the “Marathon Trail”. This relatively flat, cross-country section was a real hoot–weaving in and out of trees, roots and rocks with some short climbs and descents thrown into it for fun. Eventually, you’ll end up on Sidney Valley Road, where the climbing begins. From here, it’s another 1,200-feet of vertical to get you back to your car. The first section is on a dirt road, which turns into great singletrack heading back to the Sidney Peaks area.

Most strong riders should clear this entire climb, no problem, though it’s not for the weak-lunged or out-of-shape. I’ve logged some serious miles and I had to hike-a-bike up a short, rooty section. I was bummed, but quickly got back on it and cleaned the rest of the climbs.

This trail is an 11.5-mile loop with spectacular views all around–if you’re up for the long-steady climb back.

We ended just before a summer rain/hail/snow storm hit with 60-mph winds. We were glad to be inside the car and not out riding.

Looking around the area, it’s hard not to notice all the dead Spruce trees. It’s actually pretty depressing. Since 1993, this area has been ravaged by the Spruce Bark Beetle, which has killed over 20,000 acres of Spruce trees. Some areas have been particularly hard hit. Early efforts to stop the beetle’s effects were unsuccessful, so current efforts are focused on cleaning out the dead trees and re-planting other areas. Experts estimate that upwards of 28,000 acres will ultimately be affected.

The beetle has continued to move southward and will next ravage the area around Navajo Lake.

The sight of all these dead trees is depressing and obviously, poses a huge wildfire threat. Hopefully Mother Nature will kick into overdrive and we’ll see quick re-growth and a return of the green to this area.

After camping overnight at the Te-Ah Campground on the northwest edge of Navajo Lake, we hit the Navajo Lake Loop Trail, stoked on memories from years past. The trail would not disappoint.

The Navajo Lake Loop is a well-maintained, smooth trail that lends itself to easy climbing and even easier descending. The Virgin Rim Trail option adds more climbing and spectacular views of Zion Canyon. A steady 1,200-foot climb with one short 200-foot descent awaits, accessing some of the most beautiful views in the area.

Once atop the crest of the Virgin Rim Trail, the view of Zion Canyon and Southern Utah is amazing.

From here, it’s all downhill to the Lake. Continue on the Rim Trail until the Dike Trail, taking you to the Dike on Navajo Lake. This will drop you right at the eastern edge of the lake and onto the last half of the Loop Trail. The rest of the trail around the lake and back to Te-Ah Campground is rolling cross-country terrain, but is a whole lot of fun.

There are plenty of high-alpine trails in the Brian Head area and we only hit two of them.

Just a few more pictures from the area around Brian Head. 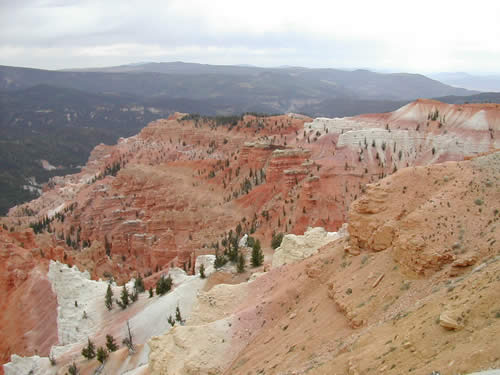 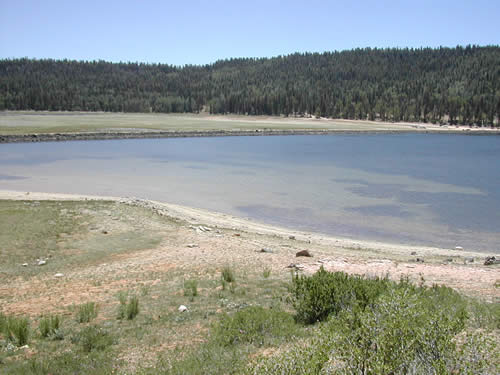 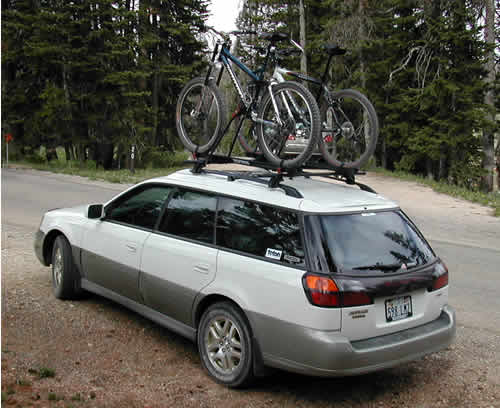 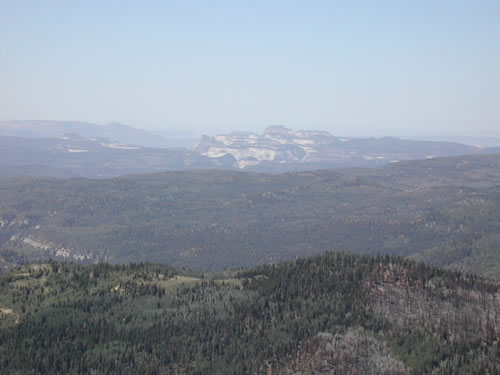