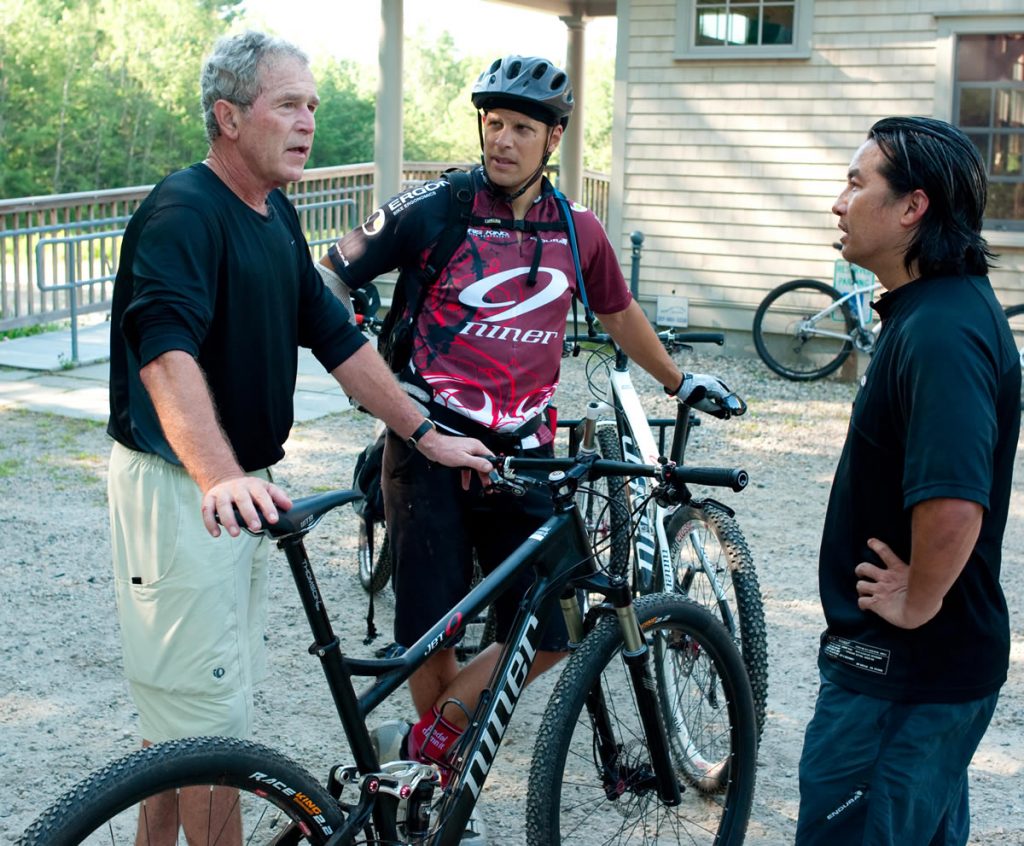 I just got the following news announcement from Niner Bikes. Pretty cool that Steve Domahidy and Chris Sugai would personally deliver a Niner Jet9 to the former Mountain Biker in Chief so he could take it out for a spin. Like him or hate him, I think it’s cool to have a former President who is also a mountain biker–not sure Obama cares so much for mountain biking, but I hear he has a mean jumper.

Looks like Bush enjoyed the benefits of the big wheels by knocking 3 minutes off his previous best time! Details below:

“Most of Peloton 1, Mr. Bush’s regular mountain bike crew, is on 29 inch wheels and he wanted to check them out. He asked Brandon Gillard, owner of the Kennebunkport Bicycle Company and Peloton 1 rider, if he could try a Niner. Brandon called us and of course we were stoked for the opportunity” said Sugai. “It is really hard to believe that just a few years ago we were showing our first frame at Sea Otter and now we are riding with a former President of the United States”

Bush, Sugai, Domahidy and the rest of the Peloton 1 crew (as well as a full complement of Secret Service people) went for a ride on the crew?s usual morning loop. “Mr. Bush is really fast” said Domahidy, ”and a very good technical rider, too. He was flying on the Jet 9 and at the end of the ride said he dropped 3 minutes off of his fastest time!”

Post ride, there was ample opportunity to chat, and the group?s conversation covered everything from trails, trail access and trail building to entrepreneurship in the USA. Said Sugai, “I found that he was very interested in the challenges of being a small business in the current economic atmosphere. This has been an amazing opportunity and we really have Niner owners to thank – their support over the years has gotten our little company to this point”.