Twenty-seven of the world’s most progressive mountain bike free-riders competed at the third annual Red Bull Rampage at the Kolob Reservoir this past weekend. Athletes traveled from as far as Australia, Czechoslovakia and Canada to participate in the two-day downhill free-riding event. Throughout the weekend hundreds of spectators were hypnotized by the skills of these young riders who repeatedly hucked themselves down intimidating 25 foot plus vertical drops – sticking hip jumps, olies and 360’s in the burly terrain, just outside of Zion National Park.

The competitors took turns climbing the red colored mountain side and then aggressively charging down the variety of difficult lines from the 1,500 foot high starting gate. On the final event day, French native Cedric Gracia, (now living in Whistler, Canada) took home first place and walked away with a piece of the $10,000 prize purse. 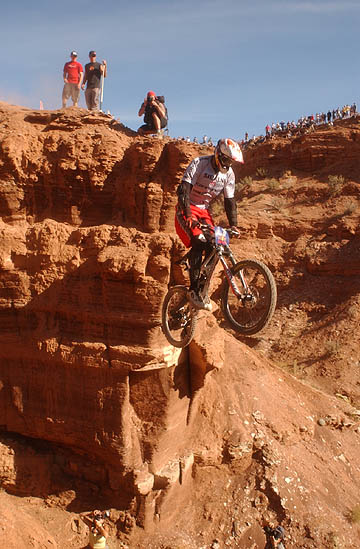 “I think I ran faster than the first run and then I pulled a back flip. It was great. It was definitely challenging. This event makes you want to buy a bike and go out riding the next day,” said a boastful Gracia after being named the victor.

Second place went to Andrew Shandro from B.C., Canada who stomped a daunting 25 foot drop off the right ridge. Third place went to a surprised Glyn O’Brien from Newry, Ireland who stuck an olie after pulling off a clean gap jump.

“I was about to pack the bike away when I figured what the hell, I might as well see who won,” said O’Brien in response to being asked how it felt to take home the third place win. 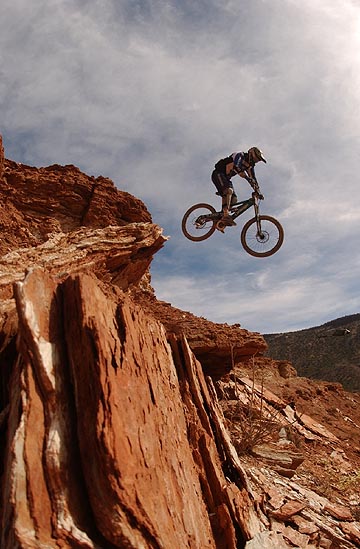 At the beginning of each morning the cold chill in the air quickly turned to a hot blazing afternoon as the Utah sun rose over the desert mountains. During the practice days, the camaraderie among the riders was strong; there was a distinct sense of respect for one another and the course. As the days continued, morale stayed high but the competition among the riders became intensified as they attempted to out do each other with varied line selection and technically challenging tricks. All of the twenty-seven riders scrutinized the various terrain, strategizing and carving their perfect line that they hoped would bring them their winning victory. After two qualifying runs on day one, twelve riders moved into the finals on day two, determined to impress the judges and push their abilities to the next level.

“My foot popped out (off the pedal), but I nailed the big drop at the bottom and it was bigger than the first time. I’m glad I’m done, I’m stoked,“ said a proud Andrew Shandrow when asked how his final run compared to his earlier run of the day.

The panel of judges attempted to isolate and identify the best overall free-rider on the best of the rider’s two runs within a five minute time limit. Each rider was scored in the following categories: degree of difficulty/line, control/style, fluidity, and amplitude/air. 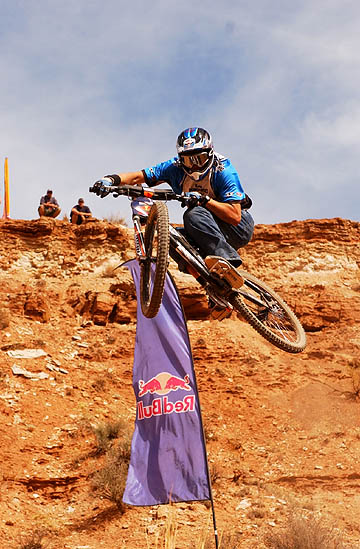 The third annual Red Bull Rampage has evolved into the icon event of free-ride mountain biking. The rugged terrain proved once again to be even more challenging than past years according to athletes and judges.

”This has been the hardest Rampage ever. Even from the first year, this year has been a lot more mental. I think the level of competition was just so much bigger. This whole event has become such an icon and people really want to make a good impression. We’re here and I guess this is why people think we’re the top in the world. It has been just intense, but just a great event,” said a fatigued Mike Kinrade of B.C., Canada who finished 8th in the event.

“It was really good. It’s all fun and amazing,” said Greg Minaar of South Africa, who finished 7th.

A proud Thomas Vanderham also of B.C., Canada, finished 6th and said of his placing, “I was going really, really good till the end. I chose a harder line, tricked the gap and stuck everything right till the end. Unfortunately my bike fell down the last drop, a little bit disappointing, but I had a good first run so I’ll still be in the top ten.”

As the dust settled from the event, spectators and athletes left tired but full of excitement that they had just been a part of a pivotal piece of free-riding history that evolves the sport of free-ride mountain biking further. All were ready to do it all over again next year. 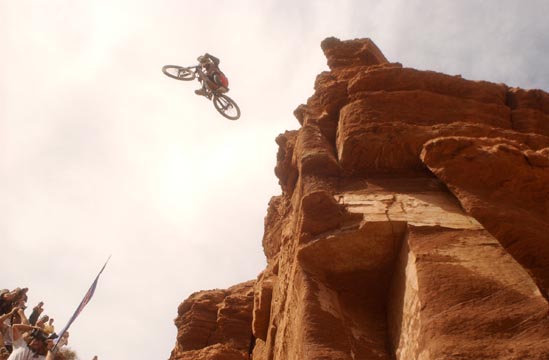 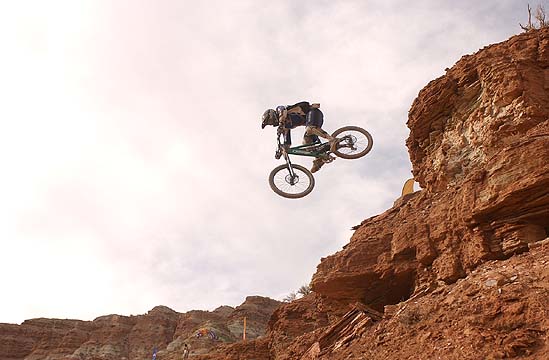 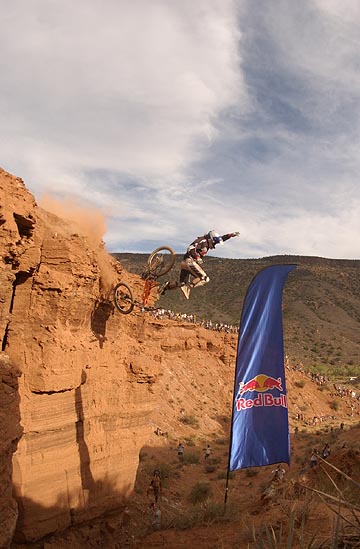 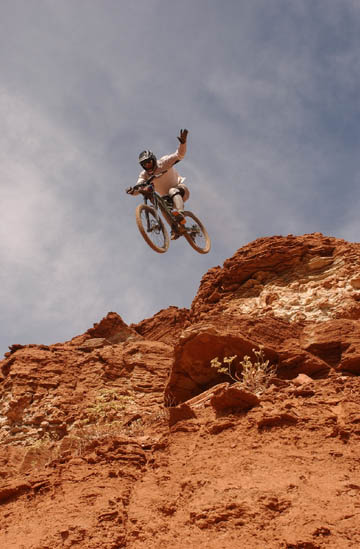 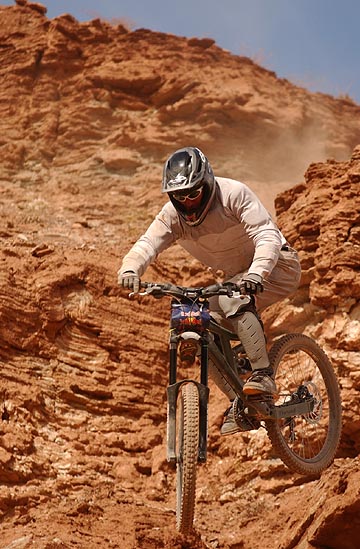 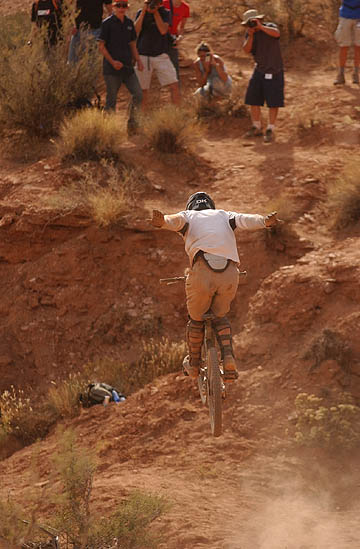