When Framed Bikes announced they would be making a pair of sub-$900 aluminum fat bikes that were reasonably well equipped, people listened — at least those living in snowy climates. Until the Minnesota 1.0 and 2.0 hit the market, no reasonable rider could justify the price. But, at $800 is the Minnesota 2.0 still enough bike to satisfy the most discerning riders?

In the grand scheme of things, fat bikes are still very, very niche. Rarely do you see one rolling around on summer singletrack or urban commuting. In the Wasatch, the most common time they come out is during the winter. And, this winter was the coming of the fat bike. Still, with all that commotion (especially here in Utah), this year’s Bicycling Magazine Reader’s Survey said that only 4% of cyclists are interested in fat bikes — hmmmm.

The best way to expand that small market size is to drop a bomb on the current market players by beating them to the bottom line and into the garages of more riders who may be merely curious about these odd steeds. Framed is counting on just that with the Minnesota 2.0.

For starters, the Minnesota 2.0 features a lightweight aluminum frame and bests the previous low-price leader (Surly Pugsley – $1900) by several pounds. There’s no way around the fact that fat bikes are also a little heavy, but they aren’t built to win an XC race, they are built for fun and adventure.

The Minnesota 2.0 is an excellent price for a reason.

It’s a fat bike, so in my book that translates to that extra bike that comes out when the snow flies. As such, Framed shares my same philosophy by opting for functional components that don’t offer much in the way of trailside appeal. The X7/X5 drivetrain has functioned very well. I’m not expecting XX1-style shifting, but I’ve been pleasantly surprised at the 2×9 kit. I’ve actually appreciated the granny gear on several occasions as I’ve plodded my way in the backcountry.

Braking is handled by Avid BB5 mechanicals. Again, no-nonsense performers that stop well and don’t require bleeding and can be adjusted with a multi-tool at any time.

The house-brand, bright red rims with matching hubs results in one wicked-looking wheelset. It goes without saying that every ounce of weight reduction counts when it comes to fat bike wheels. These are drilled, as you’d expect and the tires feature a folding bead to further reduce weight. I’ve had no issues with the wheels.

Speaking of wheels, Framed aims to extend the usability of the Minnesota 2.0 by including a spare set of summer wheels. They even include rotors and a cassette to make the changeover a breeze. The unbranded flat bars and stem do the job but win no awards for ease-of-use. It would have been nice for the bars to at least have a few markings on them to know where the center point is. I swapped the bars with a set of Truvativ Stevie Smith Blackbox bars for a little extra leverage and comfort. 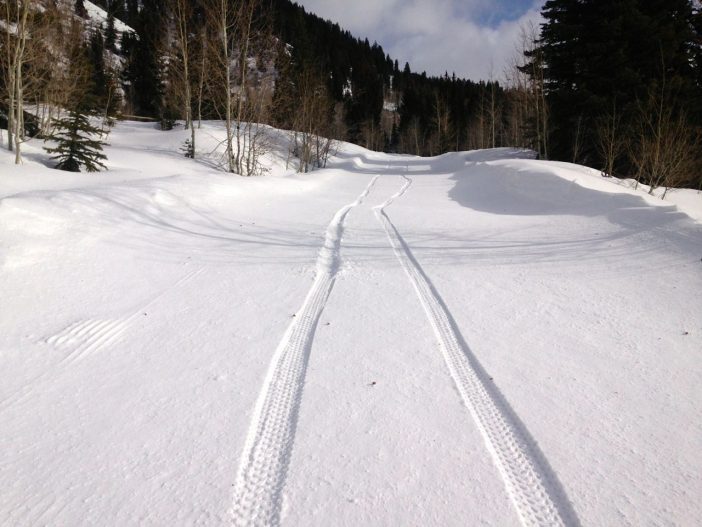 Hero snow all to myself — there and back.

In Search of Hero Snow

For me, fat bikes are about riding on snow. The allure of snow-packed singletrack is something of a dream and I was bent on riding white ribbons of snow. Off I went in unseasonably-warm conditions to see how the Minnesota 2.0 would handle some slushy singletrack.  While it was great getting out, that’s about all it was as I spent much of my time slipping and sliding around in the slush. Note to self, “slush is not ideal on a fat bike.”

My second adventure came after a rising-temperature storm left a rain crust atop about 8 inches of new snow. That rain crust proved to be too much to handle as I broke through it with every pedal stroke and slogged my way up for a couple of miles — again, not the right snow conditions.

The third try was on a cold morning after a quick-hitting storm had deposited a few inches of snow. Starting out on the summer road towards Pole Line Pass up American Fork Canyon, the conditions were a mixed bag of hardpack and occasional mud for the first couple of miles. After that, the road was 100% snow and began to show just how fun a fat bike can be.

With the tires set at 7 psi, I was able to climb up everything that was thrown my way — short, punchy climbs and even snowmobile washboard kind of stuff. After making it through miles of fun-filled climbing, nirvana happened. After 6 miles of mixed-bag snow, I got to the hero snow — 4-inches of new snow on top of a groomed road. Booyah! It was then that I realized just how awesome a fat bike can be. With a solid corduroy base and a skiff of new snow on top, I had found hero snow and I was hooked. 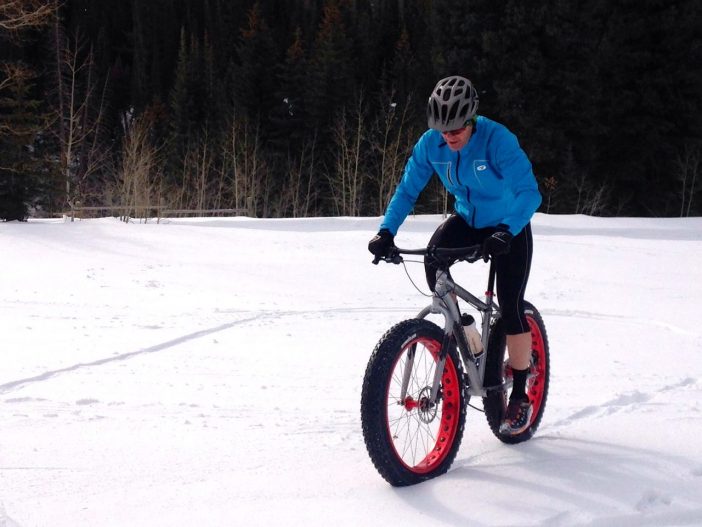 Yay, hero snow! When conditions are right, this thing sings!

Railing from turn-to-turn on hero snow was the ultimate joy. I could pedal both uphill and downhill all day long with a huge grin on my face. It’s like that perfect golf shot you get once per year that keeps you playing. Hero snow and a fat bike is pure joy.

Fatbikes are not just for snow. Many folks use them year-round in a variety of conditions. While I’m not going to ditch my Ibis Ripley for a fat bike, it was at least worth a try. I had a few quick stints on dirt, but due to time constraints, I’m going to have to call this review a “snow-focused” piece at this point. Hopefully I’ll get more dirt time on another fat bike soon.

Fat bikes are niche bikes — there’s really no way around it. Having one in the quiver makes sense here in Utah and at an $899 price point, why not? With the right snow conditions on nearby winter singletrack or snow-covered roads, the Minnesota 2.0 is worth the investment.